Amash was the first Republican in Congress to call for Trump's impeachment, decrying Washington partisanship 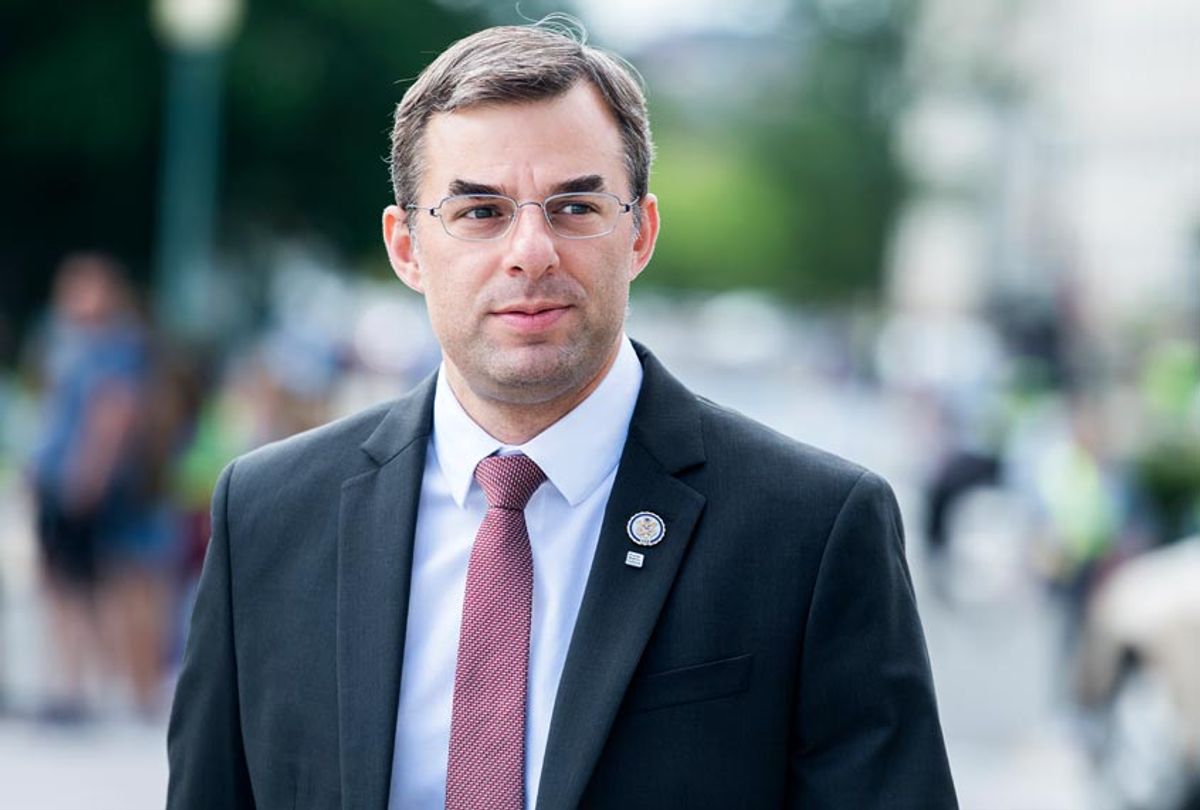 Rep. Justin Amash, I-Mich. — who rose to prominence last year after quitting the Republican Party in opposition to President Donald Trump — revealed that he was "closely" weighing a third-party bid for the presidency.

His tweet came in response to a quote from Trump: "When somebody's president of the United States, the authority is total, and that's the way it's gotta be."

Conservative commentator Hannah Cox replied that other "option" should be Amash.

The former Republican in turn said, "Thanks. I'm looking at it closely this week."

Amash later tweeted about his own philosophy of limited government.

"State governments are not local branches of the federal government; they have different powers and functions," he wrote. "Putting one government in charge of everything does not strengthen our system; it weakens our system and makes everyone more vulnerable to serious errors."

Speaking to Salon by email in December, Libertarian Party chair Nicholas Sarwark said that "of all the members of Congress, [Amash's] positions seem to most closely match those of the Libertarian Party, so he would likely have a base of support within the party if he joins the contest that will be decided in Austin next May."

Amash, who became an independent in July, was one of the few Republicans in Congress willing to speak out against Trump. He was the first congressional Republican to call for Trump's impeachment, tweeting in May that "partisanship has eroded our system of checks and balances."

He later added, "In comparing Barr's principal conclusions, congressional testimony, and other statements to Mueller's report, it is clear that Barr intended to mislead the public about Special Counsel Robert Mueller's analysis and findings. Barr's misrepresentations are significant but often subtle, frequently taking the form of sleight-of-hand qualifications or logical fallacies, which he hopes people will not notice."

In December, Amash voted to impeach Trump. Though no Republicans did so, Amash's status as a former member of the party brought him the closest to doing so.

Amash said in July that part of the reason why he left the Republican Party was that "what the President is doing is actually lowering the tone across the country, he's harming civil discourse, he's creating a lot of partisan divide — he's enhancing it. And I think that's very dangerous for our country and I don't think a lot of people appreciate it."

He also criticized Trump for referring to him as "disloyal," arguing that "that's not how people are supposed to talk about each other, to each other" and noting that "people are elected to Congress with an oath to support and defend the Constitution, not an oath to support and defend one person, the President who happens to be from your own party."