"I would have done it": Filmmaker on indentifying with the "How to Fix a Drug Scandal" perpetrators 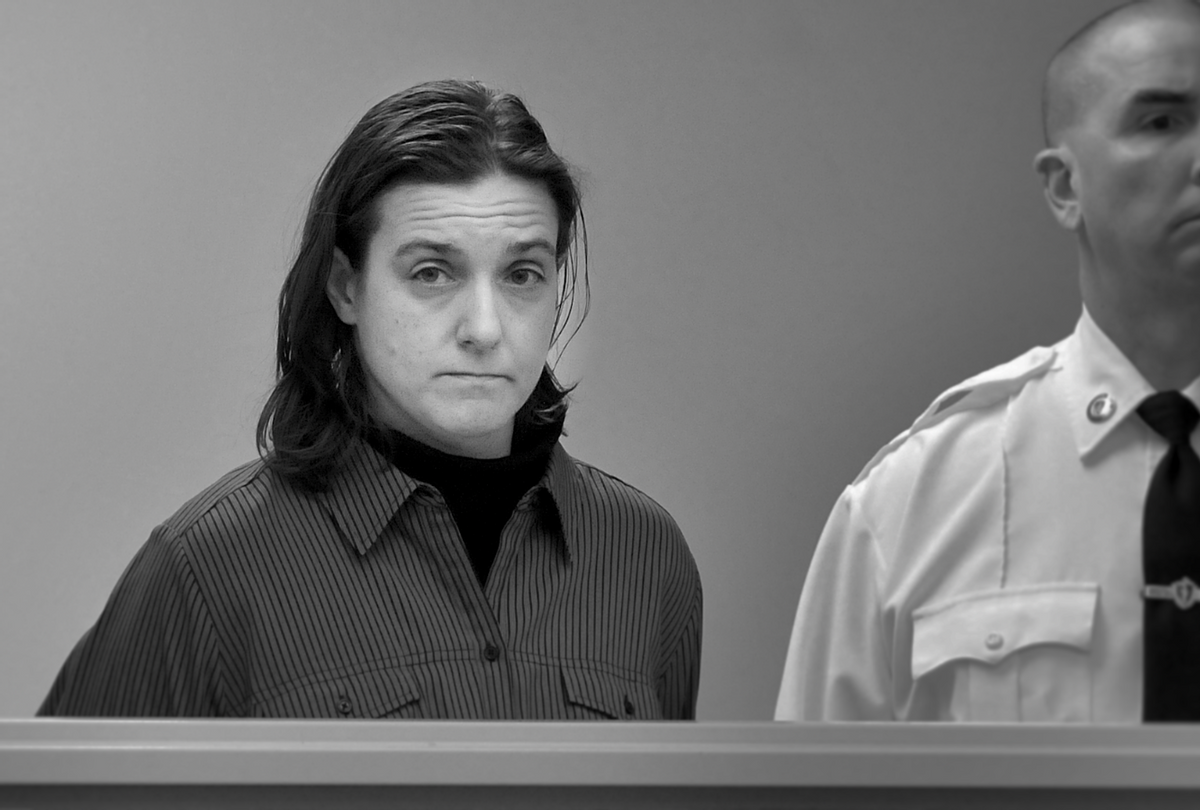 Sonja Farak in "How to Fix a Drug Scandal" (Netflix)
--

In "How to Fix a Drug Scandal," a new four-part Netflix docuseries, documentary filmmaker Erin Lee Carr presents the stories of Massachusetts drug lab chemists Annie Dookhan and Sonja Farak, and how the discovery of their respective misconduct led to the largest mass dismissal of criminal convictions in U.S. history.

Farak had been using the drugs that came through her lab in Amherst, filling out test results while high, while Dookhan had fabricated thousands of test results in her Boston lab, revealing major holes in a neglected legal system designed to streamline the "war on drugs."

Over the last decade, Carr has become something of an expert on the art of true crime. She is a master of dissecting the kinds of stories that seem made for splashy, gossipy rag, pulling at the dominant narratives — which are often those easiest to tell and consume, built on familiar tropes and formulas — and also, our collective hunger for them.

Carr's documentary, "Thought Crimes: The Case of The Cannibal Cop," dug into the case of Gilberto Valle, an ex-NYPD cop who was convicted of conspiracy to kidnap after his wife found that Valle had spent time detailing plans to kidnap, rape, and cannibalize several women on a number of fetish websites.

In 2017, she released "Mommy Dead and Dearest" about the death of Dee Dee Blanchard at the hands of her daughter Gypsy Rose Blanchard, who was a victim of Munchausen syndrome by proxy, and Gypsy's boyfriend Nicholas Godejohn. Her 2019 documentary "I Love You, Now Die" delved into the death of Conrad Roy, who was prompted via text by his girlfriend, Michelle Carter to kill herself.

Carr spoke with Salon about the making of "How to Fix a Drug Scandal," how she chooses her documentary subjects, and what it looks like to film with "radical empathy" in mind.

One of the things I really appreciate about your documentaries is that you take stories that are kind of prime for sensational headlines — "Thought Crimes," "Mommy Dead and Dearest," "I Love You, Now Die" — and you really dig into the people and sometimes policies behind them. How do you determine if a story is one that you want to pursue for a documentary?

This is actually the number one question I get asked, because it's very clear in all the work that it's the same person doing it, but they involve different systemic issues. So the easiest way I can explain it is sort of the most straightforward: Is it about a woman? Is there a complicating factor? Are there layers to it — which means are there other stories within it? And is  it watchable and fun?

And finally, is it going to be hard to get people to watch this?

You know, Sheila Nevins, who I first started making films with, she would talk to me about how this is sort of like television; there's a commercial reality to this in that you don't want to ever make a boring cold open.

You literally have 90 seconds to draw the audience in and they are going to decide if they want to watch it enough just based on that 90 seconds. So like, do your thing.

What drew you to the stories of Sonja Farak and Annie Dookhan?

You know as a sober person, and as an "out" sober person, there was something that so resonated with me about the deception of addiction. You're at work surrounded by all of these substances, and the purest substances — the best of the best, you know? I don't think this is a very popular thought, but like, I would have done it. I think it's hearkening back to Adam and Eve. Like if the apple is right there and there are no cameras, you're going to take a bite of the apple.

Some people say they would never do that, that it would never cross their minds to do that, and alright, good for you. But I'm somebody that doesn't feel that way.

So I really wanted to have a series that talks about addiction, talks about temptation, talked about mental health, and continued those conversations in a way where it really looks at all aspects of it. But then you also had so many people that really set issues with the people [Farak and Dookhan's findings] convicted. Like, "They had drugs, they're guilty," and I don't agree with that either. So it's really understanding it all from a human perspective.

And I think that definitely leads into my next question. You've talked before in interviews about how "radical empathy" is a guiding approach in your filmmaking. How did you practice that in creating "How to Fix a Drug Scandal?"

I think it's often really about sort of caring about these people and knowing, "I am not a narrative filmmaker right now." I am making films about people's realities, what happened and it has to be the truth, it has to be second source verified, I cannot make any of this stuff up.

So when I sit with the fact that somebody who's going to watch this and have opinions about Sonja, am I going to be able to sleep at night? Did I do the right thing? Did I three-dimensionalize her?

And I think "radical empathy" has been this phrase that I have carried around with me, but I don't give it to everybody. I did not do that with Larry Nasser, for example. I did not believe in terms of "At the Heart of Gold" that I could humanize him because that would be giving the movie over to him. So that's sort of my internal question with myself. If I have radical empathy, should that not lend itself to everybody? I think I'm sort of figuring that out as a filmmaker — and as a human being — as I go along.

Well, and I think that ties into how this story was structured. I thought it was interesting how, early in the first episode, we established that we were going to be recreating Sonja Farak's grand jury testimony using unsealed court transcripts. How did you come to the decision to structure the series in that way?

God, Ashlie — it was rough. So you're sitting there and you have an entire binder full of grand jury transcripts. They have previously been sealed. They are literally the confession, the core part of this story.

And then you're faced up against the fact that people hate recreations and you cannot get the person who said these things to say any of these things. So my producing partner Will Cohen said, "You can do transcript-on-screen, you can do animation, you can do an actor." At one point, I really wanted Edie Falco to read it because she's out about recovery, and I was like, "That's a great idea." But then it was like, "No, that's not going to work — that will be very slotted in."

So I was really having to push myself as a director and be like, "Okay, I need to make these transcripts come alive and the best way to do that is to recreate it, and if I'm going to do that, I'm going to really try to work as seamlessly as possible as getting that inside the narrative without being jarring."

And I remember I was sitting with my family and I was showing them "How to Fix a Drug Scandal," and they were like, "Wow, it's really crazy that the woman would reenact that," and my first thought was, "Were they too similar looking?"

But I had wanted it to be sort of seamless; and according to Twitter, according to critics, it's working. It's what you need to get through that story, and I have no apologies for it.

Right, well, and Sonja and Annie's convictions ultimately led to the largest mass dismissal of criminal convictions in U.S. history, which is absolutely staggering. What was it personally like investigating a story that impacted so many people?

It's interesting because as a filmmaker, I knew that thousands of people were impacted by it, and I thought that I would have my pick of who I could talk to; and what I recognized was the opposite. People that had prior drug convictions were incredibly distrustful of the system. Sometimes they would get on the phone, sometimes they would not, and a bunch of times we just ran into this brick wall of them saying, "I just can't do it. I don't trust that this will do anything for me." Stepping away from the filmmaker perspective, it's incredible to see what hell two chemists had wrought.

And to me, it was also really about examining post-release, like when you get out of jail what happens? When you're trying to get your convictions lifted because there's so much ripple effect. Can you apply for food stamps? Can you apply for affordable housing? Can you vote? What does your life look like then? And I think it was about showing all of these things that are sometimes really hard to get audience members to care a ton about.

But inside the show, you can really see it through Rolando Penate and Rafael Rodriguez.

"How to Fix a Drug Scandal" is now streaming on Netflix.