Dr. Oz tells Hannity an increase in deaths as a result of reopening schools "might be a trade-off" for some folks 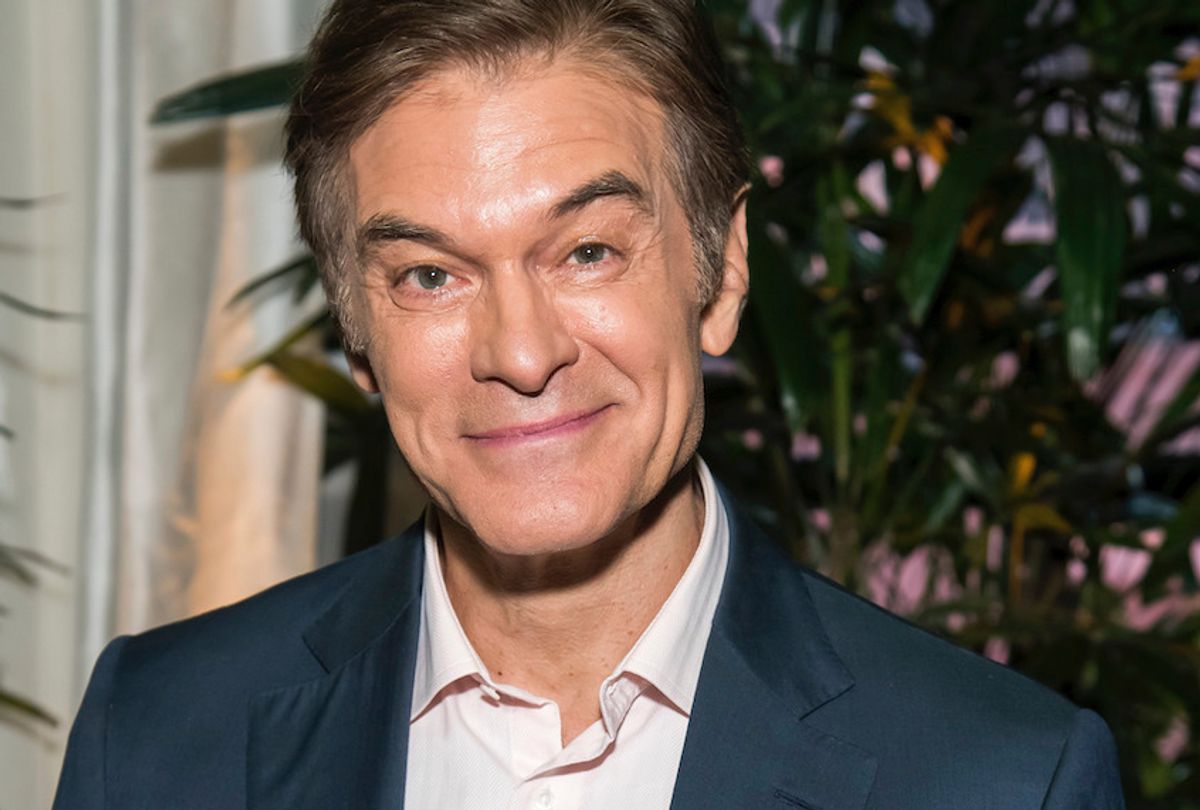 This story has been updated to include Dr. Oz's reaction to criticism of his remarks.

Dr. Mehmet Oz, an informal adviser to President Donald Trump who has consulted top administration health officials on the coronavirus response, suggested Wednesday that schools should be reopened because "only" 2 to 3% more people may die.

Dr. Oz, who has frequently appeared on Fox News despite being labeled a "quack" by doctors who have criticized him for pushing "miracle" health products, told Trump-loving host Sean Hannity that an increase in deaths would be an acceptable "trade-off" for reopening schools.

"We need our mojo back," Oz said. "Let's start with things that are really critical to the nation, where we think we might be able to open without getting into a lot of trouble. I tell you, schools are a very appetizing opportunity."

Oz went on to cite a study which found that school closures in the United Kingdom only reduced coronavirus deaths by about 2 to 4%.

"I just saw a nice piece in The Lancet arguing that the opening of schools may only cost us 2 to 3% in terms of total mortality," he said. "And, you know, any life is a life lost. But to get every child back into a school where they're safely being educated, being fed and making the most out of their lives — with a theoretical risk on the back side, that might be a trade-off some folks would consider."

The Lancet study found that school closures reduced deaths "much less than other social distancing interventions" but did not explicitly call to reopen schools, instead arguing for maintaining "combinations of social distancing measures."

Oz made a similar argument in a later appearance on Fox News, a network which has come under fire for spreading misinformation about the coronavirus. On Thursday's edition of "Fox & Friends," he said it "really bothered" him that Boston University had canceled its fall semester. (Boston University has not canceled its fall semester, though there were local media reports suggesting as much. BU President Robert Brown said in a recent interview that there would be changes.)

"You're hurting people that you're responsible for. I am a doctor," he said. "I want you to be safer. I want you to err on the side of being overly cautious — but not at the expense of making decisions that don't really serve us."

He later added, "I'm not sure we're helping this problem that much by taking our kids out of school, and we're definitely paying a price for it."

Oz later said in a video posted to social media that he "misspoke."

"I've realized my comments on risks around opening schools have confused and upset people, which was never my intention. I misspoke," he said. "As a heart surgeon, I spent my career fighting to save lives in the operating room by minimizing risks. At the same time, I'm being asked constantly, 'How will we be able to get people back to their normal lives?' To do that, one of the important steps will be figuring out how do we get out children back to school. We know for many kids school is a place of security, nutrition and learning. That is missing right now. These are issues we are all wrestling with, and I'll keep looking for solutions to beat this virus."

Though there have been instances of children dying from the coronavirus, individuals under 15 years of age make up just 2% of cases in the U.S. and tend to have less severe symptoms, according to the CDC.

But the cases are not significantly less severe. The CDC reported that nearly 75% of children who contracted the virus reported fever, cough and shortness of breath in comparison to 93% of adults.

The study also concluded that children are "are likely playing a role in transmission and spread of COVID-19," because about 18% of them do not show symptoms.

Dr. John Williams, the head of the pediatrics infectious diseases at the University of Pittsburgh Medical Center Children's Hospital, told ABC News that "asymptomatic infection is common in children, occurring in 10-30%" of cases.

Epidemiologists have expressed concern about coronavirus cases in children because their behavior makes them more likely to spread the virus to others.

"I'm a pediatrician. I love kids, but kids really fuel the spread of respiratory viruses," Dr. Aaron Milstone, an epidemiologist and professor of pediatrics at Johns Hopkins University, told Business Insider. "It's much easier to tell adults to practice common-sense good behaviors. If kids are sick, they still want to go snuggle with mommy or play with their siblings."

Yvonne Maldonado, who heads the committee on infectious diseases at the American Academy of Pediatrics, warned last month that asymptomatic transmission was "actually probably more likely to perpetuate an epidemic within a population."

Medical experts lashed out at Dr. Oz over his push to reopen schools.

"That's a tradeoff of 'only' millions of lives," Dr. Angela Rasmussen, a virologist at Columbia University, said. "Dr. Oz is an embarrassment and a disgrace. Go back to peddling miracle diet drugs, you quack."