"We don’t shut the country down for that yet we’re doing it for this?" asked Dr. Phil, who is not a medical doctor 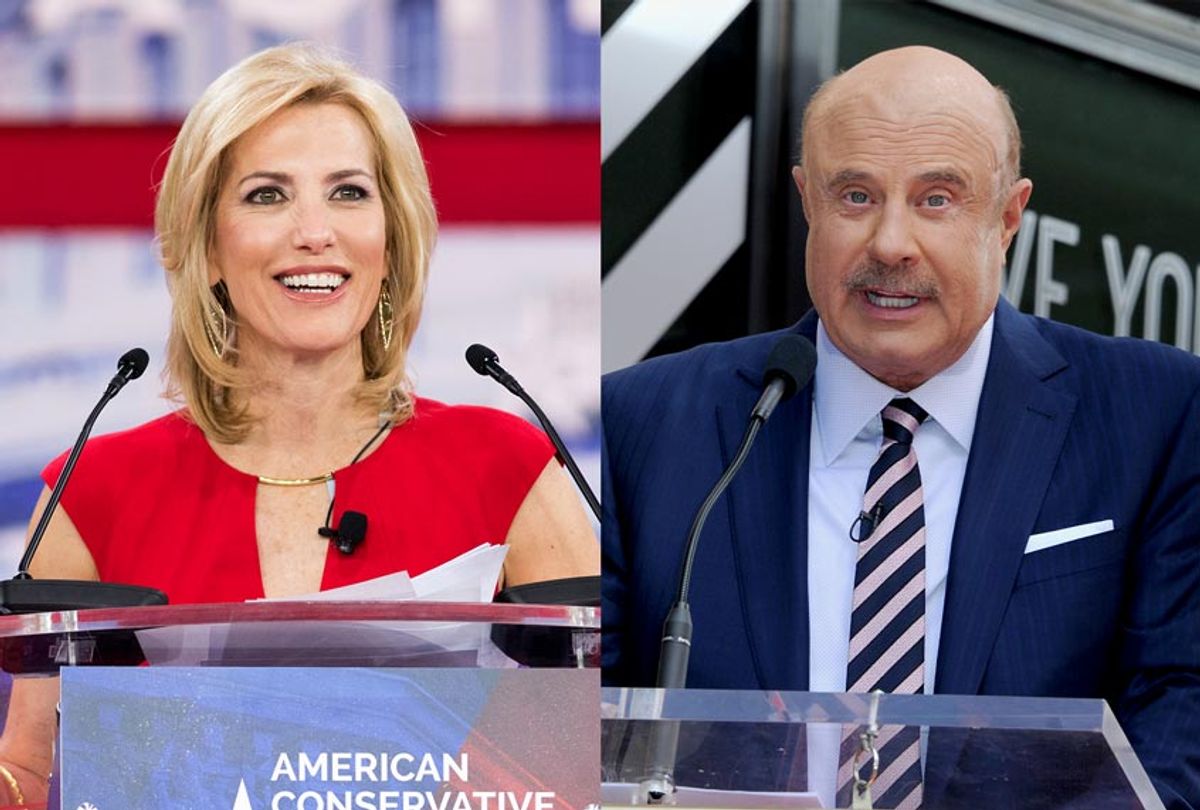 Dr. Phil McGraw, who is not a medical doctor, downplayed coronavirus deaths in a Thursday appearance on Fox News minutes after Dr. Anthony Fauci, the top infectious disease expert in the country, said the new coronavirus was like nothing the country had ever seen before.

McGraw, who has a doctorate in psychology but is not licensed to practice in any state, told Fox News host Laura Ingraham that it is not worth closing the economy over the coronavirus, which has killed nearly 29,000 people in the U.S. in a matter of weeks, because it "will actually create actually more destruction and actually more death across time than the actual virus will itself."

"Two-hundred fifty people a year die from poverty. And the poverty line is getting such that more and more people are going to fall below that, because the economy is crashing around us. And they're doing that, because people are dying from the coronavirus. I get that," McGraw said. "But, look, the fact that the matter is we have people dying — 45,000 people a year die from automobile accidents, 480,000 from cigarettes, 360,000 a year from swimming pools — but we don't shut the country down for that. But, yet, we're doing it for this? And the fallout is going to last for years, because people's lives are being destroyed."

But McGraw's figures were way off. Poverty leads to about 300,000 deaths per year, according to a National Institutes of Health study, a figure more than 1,000 times the number he cited. Swimming pools do not kill 360,000 people per year. The Centers for Disease Control and Prevention estimates that about 3,500 people per year die in all unintentional drownings — not just in swimming pools. He also overstated the number of motor vehicle deaths.

McGraw's comparison quickly came under fire for ignoring the fact that the coronavirus, unlike the other things he mentioned, is highly contagious and has killed more than 4% of confirmed coronavirus patients in the U.S.

"This statement from Dr. Phil is stupid. None of the things he mentions is contagious," Rep. Ted Lieu, D-Calif, tweeted. "Also, the case fatality rate of #COVID19 is over 4% in US. If 4% of people who routinely went swimming would die & 15% would end up in the hospital, I guarantee Dr. Phil would not go swimming."

"There is a reason we have never shut down for car wrecks, swimming pool deaths, or the flu, but have shut down for this," conservative pundit Erick Erickson added as he pointed to a chart showing the coronavirus eclipse all of the things McGraw mentioned — in addition to cancer and heart disease — as the leading cause of death in the U.S. in a matter of weeks.

McGraw's comments came just minutes after Fauci, the director of the National Institute of Allergy and Infectious Diseases, pushed back on Ingraham for questioning whether it made sense to keep social distancing restrictions in place until there is a coronavirus vaccine.

"Well, no. But Laura, this is different," Fauci said. "HIV/AIDS is entirely different. We don't have a vaccine for HIV/AIDS, but we have spectacularly effective treatment. People who invariably would have died years ago right now are leading essentially normal lives."

"SARS is a different story," he added. "SARS disappeared. We developed a vaccine. We were in the process of going through the various phases. We showed it was safe. We showed it induced a good response, and then SARS disappeared. And we didn't need to develop a vaccine for SARS. So I think it's a little bit misleading, maybe, to compare what we're going through now with HIV or SARS."

McGraw's comments came a day after Dr. Mehmet Oz, who is a medical doctor but has been condemned by medical researchers as a "quack" for pushing "miracle" cure products, told Fox News host Sean Hannity that schools should be quickly reopened because it would "only" result in a slight increase in deaths.

"I just saw a nice piece in The Lancet arguing that the opening of schools may only cost us 2 to 3% in terms of total mortality," he said. "And, you know, any life is a life lost. But to get every child back into a school where they're safely being educated, being fed and making the most out of their lives — with a theoretical risk on the back side, that might be a trade-off some folks would consider."

Oz later walked his comments back in a video posted to Twitter.

"I've realized my comments on risks around opening schools have confused and upset people, which was never my intention," he said. "I misspoke."

"What's so disturbing about all these commentators emphatically minimizing death and potential catastrophe, is that they risk virtually nothing themselves," he tweeted. "They have more money and better healthcare than anybody, yet are sacrificing the lives of people on the fringes of society."

"The bankruptcy of intellect and human decency on America's political right was on display today on Fox News," former Clinton White House aide Joe Lockhart added. "Dr. Oz and Phil… all talking casually about letting millions die to open up the government. I wonder if they think that applies to their own families?"