"It's a complete game-changer," said Jose Class of Bacardi. The venerable rum maker is one of many switching gears 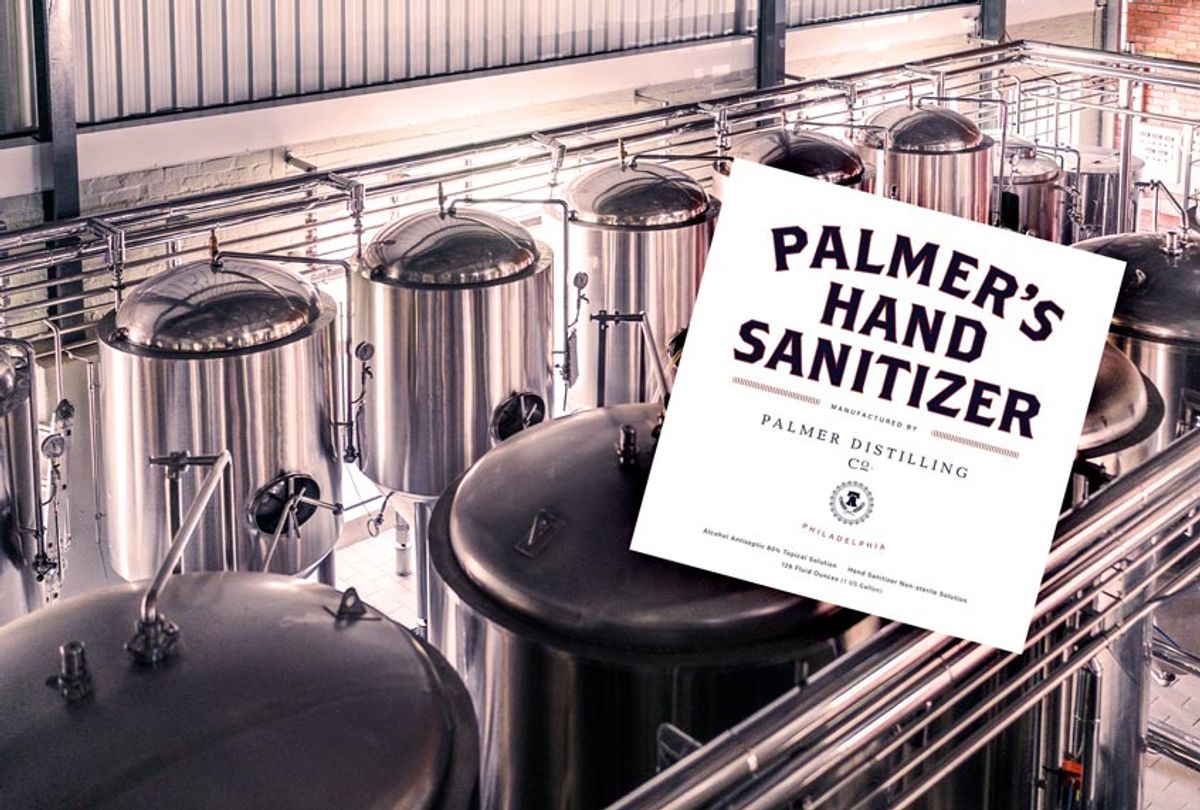 Soap and water is still the first and best option in staving off the spread of viruses. But hand sanitizer is portable, convenient and often essential. That's why, like countless numbers of his fellow distillers both large and small, Liberty Gin's Walter Palmer has of late been recruited into a new line of work, and getting a crash course along the way in the art and science of making one of this year's most valued commodities.

"I barely know how to make gin," Palmer cracked during a recent phone call, "and now I'm figuring out a whole other industry."

After Palmer's corporate career crashed a few years ago, the native Philadelphian turned to his love of American history to create a spirit inspired by a Revolutionary-era recipe. The result, for Walter and his wife Katy, was a new chapter in their lives, as part of the robust, tightly-knit world of independent food and beverage makers. It's a sector has been especially hard hit by the novel coronavirus outbreak. But for distillers of all sizes, the crisis has also provided an opportunity to be of service while also keeping their regular operations going.

We weren't too far along into the crisis when a few small distillers realized that they had alcohol that could be used to make hand sanitizer, one of the first items to become scarce on retail shelves as the coronavirus began to spread.

"They started to make it at a very, very high proof," said Palmer. "As that started bubbling, I think the medical community realized that there is a World Health Organization certified recipe for hand sanitizer that's used universally around the globe."

In a nearly overnight turnaround, now hundreds of distilleries in every state are cranking out sanitizer.

It's no simple feat, logistically or legally. Whereas cloth is essentially cloth, whether it's used to make a shirt or a face mask, alcohol produced for consumption is typically regulated, labeled and taxed differently than alcohol for sanitization.

As CNBC reported last month, "If sanitizer is made with undenatured alcohol, or alcohol meant for human consumption, producers must pay a federal excise tax. Denatured alcohol is already exempt from the tax." Distillers are currently scrambling to cut through red tape to get their new batches of sanitizers made and distributed.

"To keep our cash flowing, we've been selling cases [of gin]," said Palmer. "The weird thing is that people are buying our gin and when I turn up at their house, the first thing they say to me is how grateful they are that we're making hand sanitizer. They're trying to be supportive, and that's really great."

"The nice thing about it is that people who are buying the gin, they're actually helping the hand sanitizer people," he added.

But it's not just the small independent distillers who are getting a crash course in sanitizer now. Anheuser-Busch InBev announced in March that it would use its formidable supply and logistics network to begin producing and distributing bottles of hand sanitizer "to accommodate the growing needs across the United States," working with the Red Cross to bring sanitizer "to the communities where it's needed most." At the same time, Bacardi announced its partnership with Puerto Rico's Olein Refinery, promising that over half a million of the 10-ounce hand sanitizer units produced will be donated to local communities.

"For us it's a complete game-changer," Jose Class, vice president of supply chain and manufacturing for Bacardi Latin America and the Caribbean, told me over the phone. "We're not in the business of making sanitizers. But we do have the ability, or the capacity, to produce one of the main components of sanitizers, which is the alcohol."

Earlier this year on a trip to a Bacardi facility in Mexico, Class said he started noticing people wearing masks in the airport and on the plane.

"I contacted the plant controller and I asked him to see what could be the way of us getting into the battle against this virus," Class said.

"That's how we ended up doing this alliance with the Olein Corporation," he added. "Afterwards, we have been approached by a number of different companies. We also partnered with some of them, providing them [with] alcohol to make the sanitizers."

In the meantime, Bacardi is also still distributing its rum. "As a company, we have been going through many, many things in the 158 years since we founded," Class said. "We have gone through earthquakes, fires, hurricanes. We are prepared for different kinds of crisis."

"But no, this wasn't the crisis that we ever imagined," he said. "These are very stressful and exhausting days. I'm up past midnight and I basically collapse in bed."

Class said that he hears directly from impacted communities and organizations that have received donated hand sanitizers.

"I would have preferred not going through [the pandemic], but that's really what gives us energy to continue doing this every day," he said.

A mere year ago, when I asked my friend Walter Palmer about his business, he spoke of the passion that comes with being a distiller.

None of us could have imagined then how true those words would be, or what new form that power would take.

As Class tells me, "You know, in, Spanish when we have a toast we say 'Salut!' which is also 'health." So we will have a big Salut! when this is over."