"This is food security for us": How community gardens are persisting through the pandemic

In food deserts where they're on the nutrition frontlines, community gardens are more than neighborly amenities 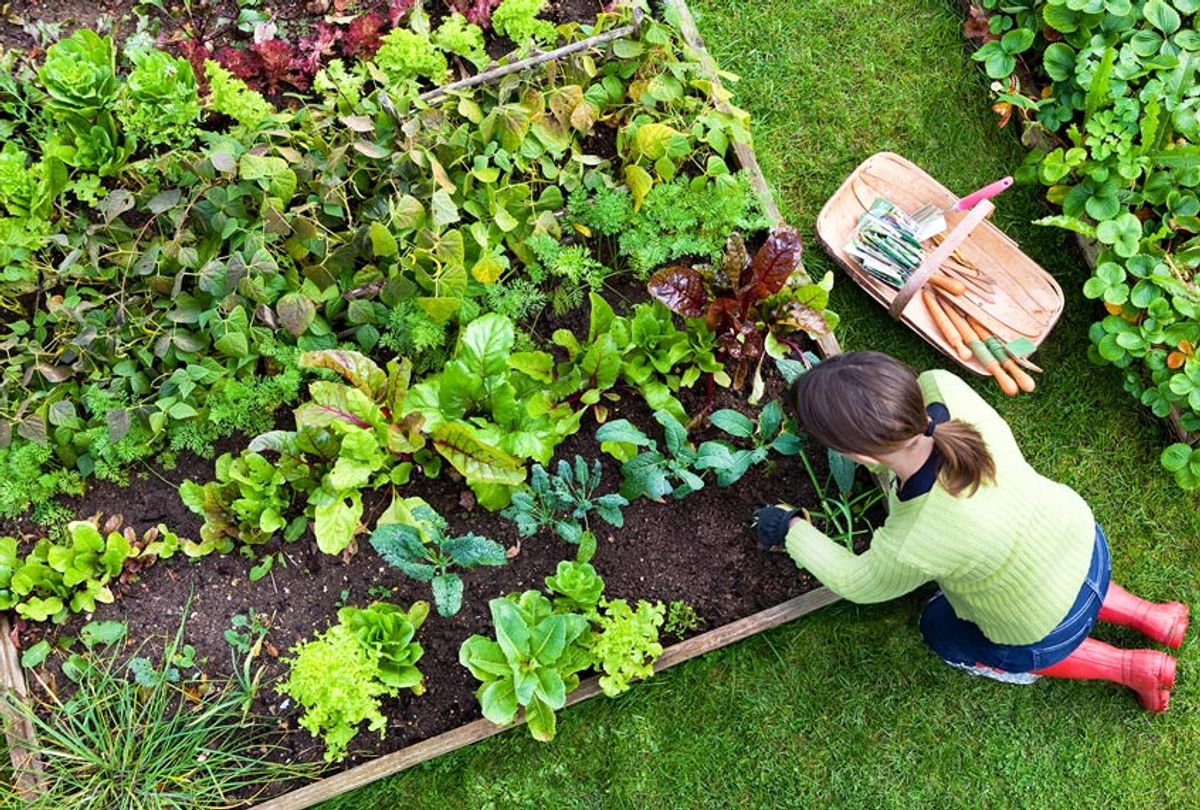 Alexandra Jones knew that this growing season was going to be different when the leaders of her West Philadelphia community garden held their annual membership meeting via Zoom.

"Usually we all go to someone's house in early March, everyone brings food and we hash out all our plans for the year," Jones said. "And it started with, 'Well, if you feel sick, then please stay home.' Then it was, 'I guess we'll set up a Zoom if anyone is feeling uncomfortable about coronavirus,' and then of course the whole thing ended up just being over Zoom."

During the video conference, Jones said, she and her fellow gardeners didn't really specifically talk about how the novel coronavirus pandemic would change how they operated their garden, but a few days later, the Philadelphia Parks and Recreation department sent out a notice to community gardeners in the city.

"The City of Philadelphia is monitoring the COVID-19 coronavirus epidemic closely and working with public health officials to reduce its spread," the notice read. "The City urges residents to practice good health habits, stay home when you or a member of your household is sick, keep a safe social distance, and take other precautions to protect yourself and others from the virus."

The department went on to recommend gardeners comply with additional recommendations, like disinfecting "high-touch spots" like water spigots and gates after each use, and implementing shifts in the garden, allowing no more than five people in the space at a time.

Philadelphia isn't the only city to issue recommendations like this. All across the country, community gardens — which provide important access to green space and fresh produce in many urban areas —are having to adapt as increased social distancing and isolation become the new normal.

Their recommendations mirrored those of Philadelphia Parks and Recreation: Limit the number of people in the garden, encourage gardeners to bring hand sanitizer, don't share tools or gloves. One of the main takeaways from their post, though, is that people should avoid coming to the garden if they can.

"While getting outside for a touch of nature is important during the COVID-19 crisis, all social contact increases the risk of spreading the disease," it said. "The best way to reduce this risk is to stay home."

For some, community gardens are 'food insurance'

According to Cordia Pugh, the founder of Hermitage Community Gardens in Chicago, that's not a luxury everyone shares. In underserved communities, gardens like Hermitage are more than an amenity, as they might be seen in more affluent neighborhoods.

"This is not hobby gardening, this is food security for us," Pugh said. "This is food insurance in the epicenter of a food desert."

Racial disparities are part of this inequality. African Americans make up approximately one-third of Chicago's overall population but almost 80% of the population of persistently low or volatile food access areas, according to a citywide report. In Englewood, the neighborhood where the Hermitage Community Gardens are located, nearly 95 percent of the residents are Black.

"If we did not grow this fresh produce, we would not have fresh produce accessible to us," Pugh said. There is no accessible big box store in this community — or if we bought it through those venues, it would be from vendors that would quadruple the price."

Another important mission of Hermitage Community Gardens, according to Pugh, is to provide at-risk and vulnerable youth with a "hyperlocal" space for education and recreation.

Studies back up the social benefits of community gardens. In the 2008 study in the "Journal of Hunger & Environmental Nutrition," researchers from the University of Michigan and Michigan State University found that garden programs provided area youth with "opportunities for constructive activities, contributions to the community, relationship and interpersonal skill development, informal social control, exploring cognitive and behavioral competence."

Plans for Hermitage Community Gardens' well-attended summer youth camp are up in the air, but right now Pugh is adjusting their current practices and curriculum in concrete ways.

"In addition to doubling and quadrupling our social distancing, we're having to start our starts not in the garden itself but in our basements and garages," Pugh said. "We're actually doing a lot of sprouts, which we wouldn't have thought about doing — teaching people about sprouting greens and using that to supplement their diets."

Gardening outside the margins

Since states across the country began implementing stay-at-home orders, a lot of people have turned to gardening as their chosen social isolation activity. In March, the New York Times reported that victory gardens were making a comeback (and, anecdotally, my local garden shop has been sold out of seeds and starts for weeks).

But for people who don't have land of their own, and whose access to community gardens may now be limited, finding space to plant requires some creativity — something for which Ron Finley is known.

Tired of having to drive outside his South Central Los Angeles neighborhood for fresh produce, Finley started planting produce in 2010 on the empty strip of land between his house and the road.

"A lot of times with the urban communities, like mine, a lot of them are not what I would call food deserts, but I'd call them 'food prisons,'" Finley said. "Literally, you have to break out of the prison to get anything healthy, right?"

Neighbors began referring to it as a "gangsta garden" and Finley as the "Gangsta Gardener." His reputation only grew when he received word that a warrant for his arrest would be issued if he did not remove the garden immediately, as it was illegal in Los Angeles at the time to plant gardens on public property.

Finley pushed back, and by 2012 he had launched the Ron Finley Project, a nonprofit that focuses on planting community gardens in urban food deserts. With the help of his council representative, Herb Wesson, the law against planting curbside fruits and vegetables was reversed. In 2013, Finely gave a TED Talk on "guerrilla gardening" which has been viewed over 3.5 million times.

Since then, he has transformed over a dozen overlooked spaces — parkways, vacant lots, the empty Olympic-size swimming pool in his backyard — into gardens. Now he's encouraging people to do the same (and has an upcoming MasterClass course on the topic that releases on April 22).

"For those that don't have ready access to land, to open soil, what I'll tell you is that you can get a dresser drawer and turn that into your garden," Finley said. "If you have a balcony, that can be a garden; if you have a shopping cart, you've got a movable garden that you can roll it around, follow the sun."

In addition to hoping that people's ideas of what community gardens look like will shift during this pandemic, Finley hopes our collective values might shift as well.

"I think these times have shown us truly, what's valuable, you know, what's truly valid," Finley said. "You can't eat diamonds, you can't eat those Jordans. But if you show a child the magic of putting a seed in the ground that is all of the sudden a carrot, you can't take that magic away from them, ever."