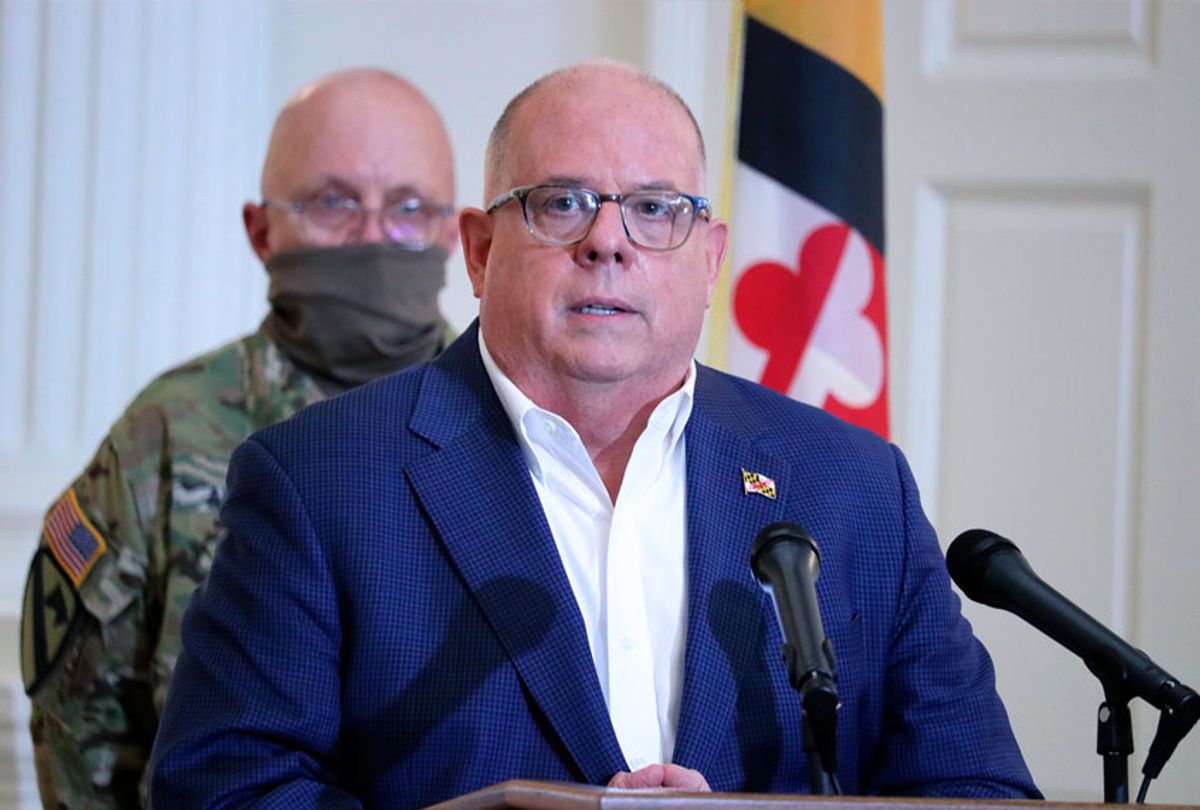 "The National Guard and the state police are both guarding these tests at an undisclosed location," the Republican governor told The Washington Post.

Hogan said the decision was motivated by reports from other governors who revealed that the Trump administration had seized supplies they purchased.

"There had been reports of — for example in Massachusetts, Governor Charlie Baker told the story of his planeload coming in getting confiscated by the federal government," Hogan said.

Baker, a fellow Republican, said the Federal Emergency Management Agency (FEMA) seized an order of 3 million masks at the port of New York, after which he had to rely on New England Patriots owner Robert Kraft to bring in supplies on the team's private plane.

Colorado Gov. Jared Polis, a Democrat, told CNN that FEMA "swept up" an order of 500 ventilators purchased by the state. Illinois Gov. J.B. Pritzker, also a Democrat, kept a shipment of protective equipment from China secret to prevent the state from suffering a similar fate.

The chief physician at the Veterans Health Administration told The Washington Post earlier this week that FEMA had redirected a shipment of 5 million masks so it could replenish the national stockpile.

A hospital official in Massachusetts wrote in a letter to the New England Journal of Medicine that he was forced to smuggle equipment in food trucks in order to avoid a seizure.

A FEMA spokesperson told Salon in a statement earlier this week that it "does not" and "has not" diverted shipments of personal protective equipment, but the agency did not respond when asked why the governors said it had.

Hogan ordered the tests from South Korea with the help of his wife, who was born in the country, after complaining that the Trump administration had left states to figure out their own testing supply.

"States have been competing on the open market and the domestic market and the international market . . . throughout this entire crisis. Competing with each other and the federal government," Hogan told MSNBC last week. "I'm not sure it should have been that way, but that's the way it is — it's the way the president said it had to be, so that's what we were operating under."

"If there were an easier way, we certainly would have taken it," Hogan told MSNBC. "The president said the governors are on their own and they should focus on getting their own tests, and that's exactly what we did. His message changed yesterday. I'm not sure why."

Hogan said on Thursday that the state had worked for weeks to secure the tests.

"We spent about 22 days and nights dealing with this whole transaction with Korea. We dealt with the Korean embassy, folks at the State Department, and our scientists on both sides trying to figure out these tests," he said. "And then at the last moment — I think 24 hours before — we got the sign-off from the FDA and Border and Customs to try to make sure that we landed this plane safely."

The plane was met "with a large contingent of Maryland National Guard and Maryland state police, because this was an enormously valuable payload," he added. "It was like Fort Knox to us, because it's going to save the lives of thousands of our citizens."

You can watch the full interview below via YouTube: