This queso spiked with beer guarantees there won't be leftovers 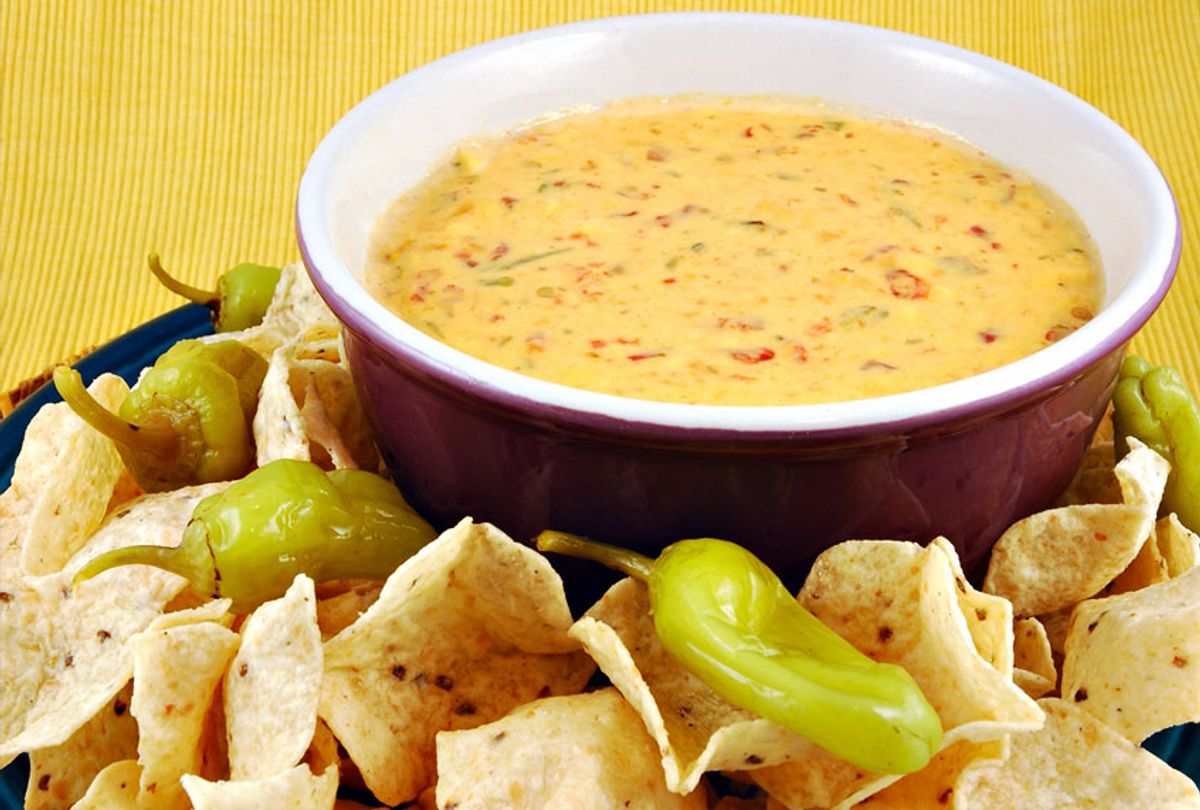 When I was growing up in Texas, I was unaware that queso — the spicy hot cheese dip generally eaten with tortilla chips — wasn't ubiquituous in America. Queso is more common than it used to be outside of the world of the southwest, but there was once a time when one of the joys of having visitors in from out of state, especially from the Northeast, was to take them to a Mexican restaurant and enjoy their eye-popping joy they got out of eating real Tex-Mex-style queso. Tostitos cheese dip, this is not.

Nowadays, there are a million queso recipes online and most follow the same basic pattern: Shredded varieties of cheese, milk, spicy stuff, cumin. Those recipes are fantastic and many come directly from Texas restaurants I hold a special place for in my heart. You should definitely make those recipes, which require a lot of very careful stirring to make sure the cheese melts evenly, particularly if you have a lot of foodie friends who will ask you how you made it and you don't want to lie to them or shock them unduly by naming ingredients Michael Pollan would disapprove of.

But I'm both lazy and shamelessly stuck in my redneck ways, so I make queso with Velveeta.

Before you force me to turn in my foodie card, let me just say this: I've made this recipe over and over and over again for over two decades. It's my go-to recipe to bring to parties. And it always gets gobbled down, even while more time-consuming and lovingly crafted appetizers sit nearby, only half-eaten. I have never, not once, had any leftovers to take home.

The secret ingredient is that which fuels so much of what is both great and terrible about Texas culture: Beer.

Beer adds a certain subtle and spiky flavor to queso that really lifts it above its humble fake-cheese origins.

As with most of my favorite recipes, my queso changes a little every time I make it, because I never remember exactly how I made it before and I've never even considered writing it down, until my editor asked me to. So feel free to modify this however you like, as heavens knows I do. The only parts that are mandatory are beer and green chilis. Hell, use real cheese if you want to.

1 block of Velveeta (though shredded cheese for those who just can't with Velveeta will probably work, not that I've tried)

1 bottle of beer, preferably something with heft to its flavor, like a Shiner Bock or Modelo Negra

Salt and pepper to taste

Chop the Velveeta into cubes and put them in a pan over medium-low heat with the green chilis, jalapeños, and spices. Crack open the beer. As you drink the beer, occasionally pour some into your pan to help liqueify the queso. It'll probably end up being about half the beer.