From cookies to cookbooks to sparkling wine, these food-themed gifts are sure to impress even the toughest critic 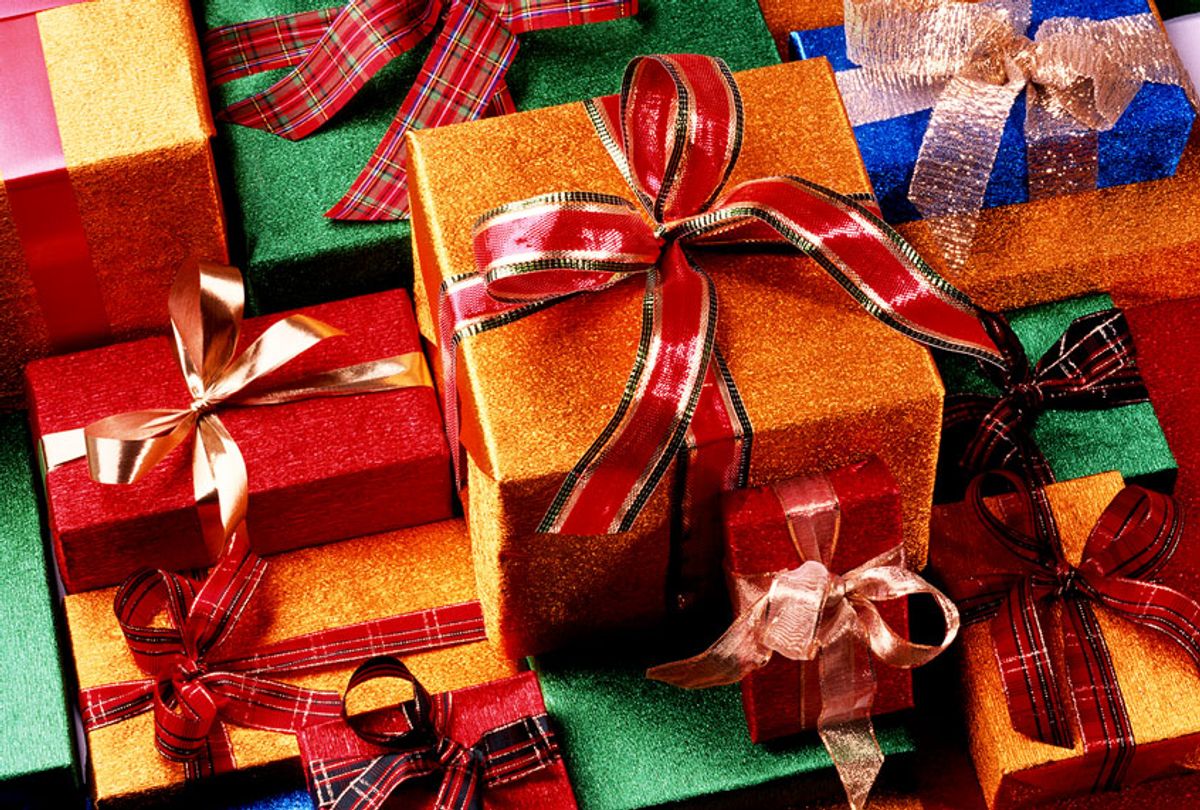 With Hanukkah already beginning and the countdown to Christmas upon us, the holidays are in full swing. And finding the perfect gift for the foodie in your life is no easy feat. They undoubtedly already have every essential cooking tool in their kitchen, and they've already dined at the hottest restaurants in town. And with food trends ever changing, how are you supposed to know what's still in — and what's already out?

If you're still looking for the perfect present to impress a foodie, look no further. Salon Food has put together a list of four thoughtful gifts so that you don't have to do the scouting on your own. From cookies to cookbooks to sparkling wine, these items are sure to impress even the toughest critic:

This sparkling white wine, which is imbued with Christie Brinkley's bellissima spirit, is bottled 50 kilometers due north of Venice, Italy. In the heart of the Veneto region is Treviso, which is known as the first producer of Prosecco. While Brinkley's Prosecco from Treviso-Veneto is a star in its own right, her her Zero Sugar Sparkling Wine is irresistible.

Brinkley achieves a fresh sparkling wine with no residual sugar by leaving her Glera grapes in autoclave for seven months. While many sugar-free or reduced sugar products on the market leave something to be desired, Brinkley's tastes equally as good as her original Prosecco. But you won't feel guilty after indulging, and even better, you won't have a hangover tomorrow thanks in part to the reduced sugar.

This Bellissima product is a favorite of Lisa Ramey, the Voice contestant whose upcoming album Surrender drops on March 27.

"Where has this Prosecco been all my life?" Ramey asked Salon after drinking Bellissima. "I had no idea it was sugar free when I tried it because there’s no compromised taste. Goodbye, champagne. We’ve had a nice run."

Michael Symon's Fix It With Food
As one of the preeminent chefs in America, James Beard Award winner Michael Symon needs no introduction. You know him from the Food Network as an Iron Chef and the host of "Burgers, Brew & 'Que." Before that, he was the co-host of the long-running ABC talk show "The Chew." A prolific author, his sixth cookbook hit shelves this week.

Fix It With Food is no ordinary cookbook. Like Playing With Fire, his last collection of recipes, it was not born out of one of his award winning restaurants. Like his 5 in 5 series, it was not about how he gets food on the table quickly for his family. A former wrestler who was later diagnosed with external lupus and rheumatoid arthritis (RA), Symon writes that he "resigned to the fact that pain (and pain pills) would be a regular part of my life."

Unsatisfied with that answer, Symon eventually turned to his diet for answers. After doing "The Reset" for 30 days on national TV, he learned how certain foods, specifically dairy and sugar, were my triggers for his inflammation. After making simple adjustments to his eating habits, he no longer self-medicates. In Fix It With Food, Symon introduces you to a revised "10-Day Fix," which you can do in the comfort of your own home and without feeling cranky. This is the perfect way to reset in the New Year.

Studmuffin Desserts is the love child of Seth Raphaeli, a former banker who left Wall Street after 15 years to pursue his life-long passion for baking. Seth used his grandmother’s family recipes as the blue print for his dessert line, which is entirely handcrafted with all natural ingredients sourced locally from Manhattan's West Village. Best of all, these cookies are low-calorie sweets which never compromise on the flavor. One serving includes 11 cookie bites, which have only 150 calories. Studmuffin also offers a variety of gluten-free options, including its delicious Bleeker Street Brittle. So grab a glass of Brinkley's sparkling with wine, a handful of cookies and splurge without the guilt.

Felidia: Recipes From My Flagship Restaurant

For the very first time, James Beard Award winner Lidia Bastianich has shared the recipes that started it all. Felidia has been a destination on the New York food scene ever since it opened its doors on the Upper East Side in 1981.

Longtime Executive Chef Fortunato Nicotra joins with Chef Lidia to share 115 of the recipes that capture the spirit of the Italian restaurant's menu from both past and present. Among the many exciting recipes are: Bolognese Sauce, Frozen Peach Bellini, Limoncello Tiramisu, Pasta Primavera and Warm Nutella Flan.

"Now, at Felidia, it's fine dining, but the food and the way I cook, it's the basics. You elaborate it a little bit more in restaurants, but for this book, we brought it back to these recipes as I would do them in the house," Chef Lidia told Salon in a recent interview. "As we would cook them in the house so that people can really cook them at home and in the simplest ways. And they are very doable recipes with a restaurant taste."