After weeks of calm, coronavirus resurges in some Chinese provinces 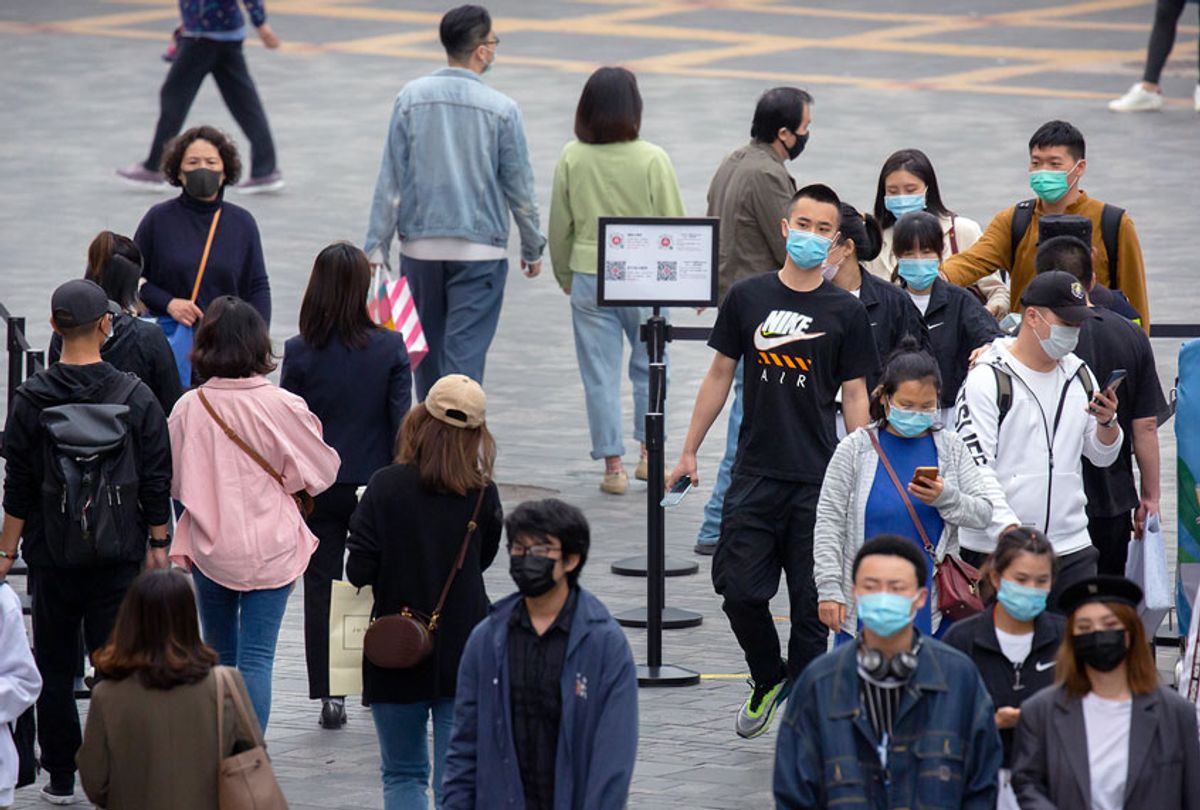 The Chinese city of Wuhan, where the COVID-19 outbreak began, reported that at least six people have been recently diagnosed with the potentially deadly disease.

They constitute the first confirmed cases to originate from the Hubei province in at least five weeks, according to NPR. The infected include an 89-year-old man, his wife and several other individuals from their residential community. Most of the infected did not display symptoms of COVID-19. A local Communist Party official was fired as a result of the new infections, with a state-run newspaper explaining that he was accused of "poor management over the closing-off and control of the Sanmin residential community."

Wuhan began lifting its strict lockdown in early April after more than 10 weeks of being forcibly closed. Individuals were given permission to leave Wuhan if they could prove through a government-sanctioned phone app that they are not contagion risks. Likewise, public buses and subways have been restarted and certain businesses can reopen, albeit while facing tough new rules. It is possible that the new rise of new cases in Wuhan will cause other world leaders to hesitate before reopening their own economies.

In addition to Wuhan, the Chinese city of Shulan also saw a cluster of cases, even though it is hundreds of miles away in the northeastern part of China. Chinese officials have ordered Shulan to reimplement its previous lockdown.

Some Republican officials have exploited the connection between China and COVID-19 in ways that critics describe as racist. Rep. Paul Gosar, R-Ariz., referred to COVID-19 as the "Wuhan virus" in a March tweet. After MSNBC anchor Chris Hayes replied that his rhetoric was "astoundingly gross," Gosar tweeted back: "Just astoundingly ignorant to have all major media refer to it as #WuhanVirus for months but somehow, today, you've decided that's #racist.  If you think this virus cares about your race you probably work for or watch MSNBC. Wuhan Virus. Wuhan Virus. Wuhan Virus."

President Donald Trump has repeatedly referred to COVID-19 as the "Chinese coronavirus," as has House Minority Leader Kevin McCarthy, R-Calif.

"Kevin McCarthy's comment was racist," Margaret Fung, executive director of the Asian American Legal Defense and Education Fund, told Salon in March. "The term 'Chinese coronavirus' is racist, because it blames China and the Chinese people for COVID-19, a disease that can affect all people regardless of their race. With rising fears and anxiety over the COVID-19 outbreak, it's inexcusable for GOP leader Kevin McCarthy to engage in racial labeling, instead of focusing on solutions to this public health crisis."

She added, "The stigma of coronavirus has resulted in hate violence against Asian Americans on sidewalks, subways, schools, and other public places. Chinese restaurants and other Asian businesses are losing customers due to fears of coronavirus. The incidents of anti-Asian racism since the COVID-19 outbreak are too numerous to list here."

More than 4.1 million people worldwide have been confirmed as coronavirus patients, according to Johns Hopkins University's COVID Map, with more than 1.3 million of those living in the United States. More than 280,000 people have died of COVID-19, including nearly 80,000 in the United States.