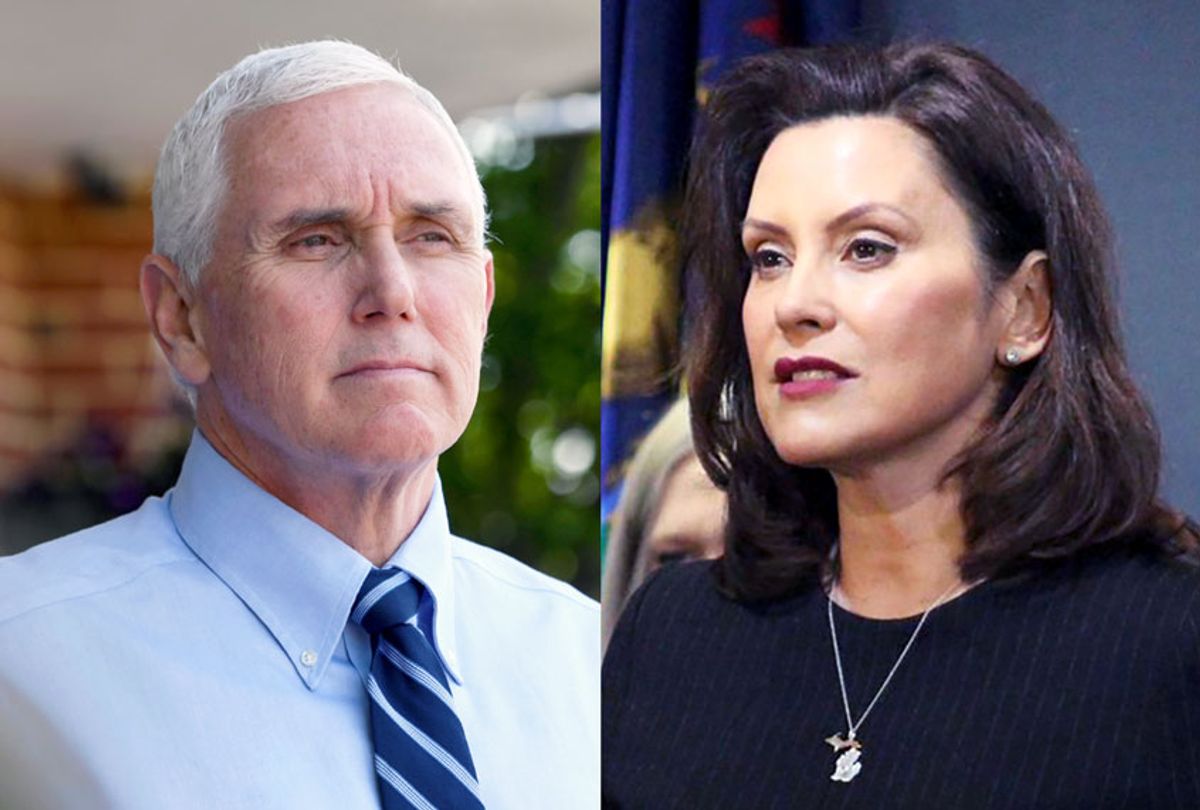 Some protesters who descended on the Michigan state capitol to demand the state reopen the economy in spite of the ongoing coronavirus pandemic have spread infections in rural areas where they live, Gov. Gretchen Whitmer told Vice President Mike Pence in a recorded phone conversation obtained by ABC News.

Whitmer, a Democrat, asked Pence to discourage the demonstrations after the state's data suggested the protesters brought COVID-19 back to their rural communities.

"We have seen from initial protests here is that we've got COVID-19 spreading in rural parts of our state, from which people traveled," Whitmer reportedly told Pence.

Whitmer added that the alarming trend could derail the state's plans to begin reopening.

"And so, our ability to move on to the next phase and keep re-engaging our economy — I'm just concerned about it," Whitmer said. "We're going to keep watching those numbers and doing the tests."

Whitmer then asked Pence to "reinforce" the need for Americans to take the pandemic "seriously."

"To the extent that you could reinforce kind of those needs to take this seriously, to continue — you know, everyone doing their part," she said. "And if discouraging protests is something you could consider doing, I'd really be grateful."

"We will continue to emphasize to people the safe and responsible practices while we all move toward re-opening," Pence replied, according to the report.

President Donald Trump has taken the opposite approach, repeatedly attacking Whitmer and calling to "liberate" Michigan.

"The Governor of Michigan should give a little, and put out the fire," Trump tweeted earlier this month. "These are very good people, but they are angry. They want their lives back again, safely! See them, talk to them, make a deal."

Some of the protests were organized by well-funded groups linked to the Trump administration.

But Dr. Deborah Birx, the coordinator of the White House coronavirus task force, agreed with Whitmer's concerns that the protesters risked infecting others by gathering in large groups without masks or social distancing.

"It's devastatingly worrisome to me, personally, because if they go home and infect their grandmother or their grandfather who has a comorbid condition and they have a serious or an unfortunate outcome, they will feel guilty for the rest of our lives," Birx told Fox News on Sunday. "So we need to protect each other at the same time we're voicing our discontent."

Michigan has reported more than 47,000 COVID-19 infections and more than 4,500 deaths since the pandemic began, making it one of the hardest-hit states in the country. The state currently has the highest death rate in the U.S.

Though the alarming growth in cases has somewhat subsided, the state continues to see hundreds of new cases each day.

Whitmer has eased some of the toughest restrictions but extended the state's lockdown through May 28.

"There is nothing that I want more than to just flip the switch and return to normal, but that's not how it's going to work, unfortunately," she said Friday. "The only way we can get through this and take the next steps forward is if we all continue to do our part."

But the minority has been vocal, bombarding the governor with death threats over her policies.

Whitmer on Monday said she was "disappointed" that the state's Republican lawmakers have been silent amid the threats.

"This could be avoided if Republican leadership in the Legislature would step up and denounce that kind of activity, if there was anyone on the other side of the aisle that would do that," she said. "People can have any opinion they want, but to threaten someone else is beyond the pale. I would appreciate if others would do their part to lower the heat."