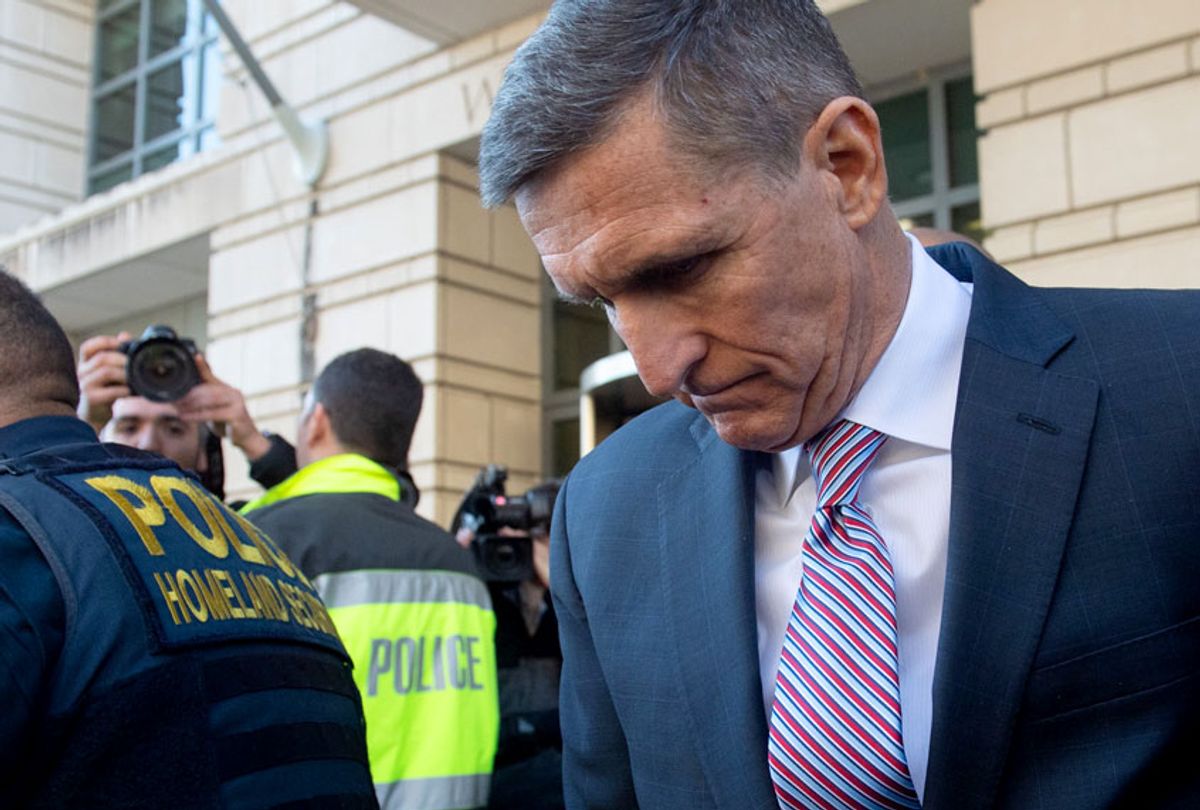 A retired federal judge has been appointed to "present arguments in opposition" of the Department of Justice's motion to dismiss criminal charges against former Trump national security adviser Michael Flynn.

U.S. District Judge Emmet Sullivan, in an extraordinary move, appointed retired judge John Gleeson to not only oppose the government's motion but also present arguments on "whether the court should issue an order to show cause why Mr. Flynn should not be held in criminal contempt for perjury." Sullivan put a hold on the Justice Department's motion to drop the charges earlier this week.

The unusual appointment came after Attorney General Bill Barr and top Justice Department officials intervened in Flynn's case, moving to drop criminal charges against him even though he twice pleaded guilty to lying to federal investigators about his contacts with a Russian diplomat during the 2016 presidential transition. Nearly 2,000 former DOJ officials called on Barr to resign over accusations that he had politicized the department to benefit an ally of President Donald Trump.

The appointment of Gleeson is all the more remarkable given that he publicly criticized the Justice Department's move in a Washington Post op-ed earlier this week. Gleeson, along with David O'Neil, the former acting assistant attorney general for the department's Criminal Division, and Marshall Miller, the former top-ranking career official at the division, called on Sullivan to push back on the government's motion.

"If prosecutors attempt to dismiss a well-founded prosecution for impermissible or corrupt reasons, the people would be ill-served if a court blindly approved their dismissal request," they wrote. "There has been nothing regular about the department's effort to dismiss the Flynn case. The record reeks of improper political influence. Hours after the career prosecutor abruptly withdrew, the department moved to dismiss the indictment in a filing signed only by an interim U.S. attorney, a former aide to Attorney General William P. Barr whom Barr had installed in the position months before."

The Justice Department's unusual request came after Flynn attempted to withdraw his guilty plea. Flynn, the only White House official to face criminal charges in former special counsel Robert Mueller's Russia probe, admitted that he lied to the FBI about his discussions with then-Russian Ambassador Sergey Kislyak about sanctions imposed by the Obama administration.

Flynn also admitted that he submitted a false or incomplete lobbying registration in connection to his work for Turkey, which he continued even after joining Trump's campaign. Flynn cooperated with prosecutors in the probe, but after almost two years, he dropped his legal team. Flynn hired Sidney Powell, a hard-charging conservative who has pushed conspiracy theories about Mueller and the FBI. The attorney accused prosecutors in the case of contempt, though Sullivan rejected their claims.

"The sworn statements of Mr. Flynn and his former counsel believe his new claims of innocence and his new assertions that he was pressured into pleading guilty to making materially false statements to the FBI," the judge said at the time, adding that Flynn "fails to explain how most of the requested information that the government has not already provided to him is relevant and material to his underlying offense — willfully and knowingly making materially false statements and omissions to the FBI . . . or to his sentencing."

Sullivan similarly excoriated Flynn when the Justice Department asked for a lenient sentence in response to Flynn's cooperation in other cases.

"My guess was not one of those defendants was a high-ranking government official who while employed by the president of the United States . . . made false statements on the premises of and in the West Wing of the White House," he said. "I am not hiding my disgust — my disdain — for your criminal offense."

Prosecutors in the case also had a change of heart after Flynn reneged on his plea deal and called for him to face prison time earlier this year.

"It is clear that the defendant has not learned his lesson. He has behaved as though the law does not apply to him, and as if there are no consequences for his actions," prosecutors overseeing the case said in a sentencing memo. "Lying to the FBI, in any context, cannot be tolerated. That is particularly true in a counterintelligence investigation targeting efforts by a foreign government to interfere in our democratic process — a threat that continues to this day."

But Barr and political appointees reversed course this month, asking the judge to dismiss the charges as they accused the FBI of improperly obtaining the false statement from Flynn.

"We feel really that a crime cannot be established here because there was not, in our view, a legitimate investigation going on. They did not have a basis for a counterintelligence investigation against Flynn at that stage, based on a perfectly legitimate and appropriate call he made as a member of the transition," Barr told CBS News. "It was an easy decision . . . because once I saw all the facts and some of the tactics used by the FBI in this instance and also the legal problems with the case, it was an easy decision."

The motion repeatedly cited an interview with former top official Mary McCord, who discussed the differing views between the Justice Department and the FBI on how to handle the case. McCord slammed the department's decision, arguing in an op-ed that Barr "twisted my words" to make a "contorted argument" to justify the motion.

The New York Times reported Wednesday that Bill Breistap, the former head of FBI counterintelligence, cast doubt on the department's case for dropping the charges two days before the motion was filed, arguing that its interpretation of the events surrounding Flynn's interview was "wrong."

Sixteen former Watergate prosecutors called on Sullivan to reject the department's intervention, comparing the situation to the one that led to former President Richard Nixon's resignation.
The group said in motions to the court that they were "experienced the 'Saturday Night Massacre,' during which an honorable attorney general and an honorable deputy attorney general resigned or were dismissed rather than obey the instructions of a self-interested president to frustrate the work of an independent special prosecutor" and cited numerous "parallels" with the Flynn case.

"He is the single best lawyer I have ever encountered," CNN legal analyst Jeffrey Toobin tweeted, a former federal prosecutor. "This is a brilliant appointment."

"Judge Gleeson is as good and respected an advocate as they come," Harry Litman, a former deputy attorney general, said.

"Gleeson is a strong choice for the task assigned to him by Judge Emmett Sullivan," Harvard Law Professor Laurence Tribe added. "My prediction: Barr and Flynn will regret the lawless path they chose."