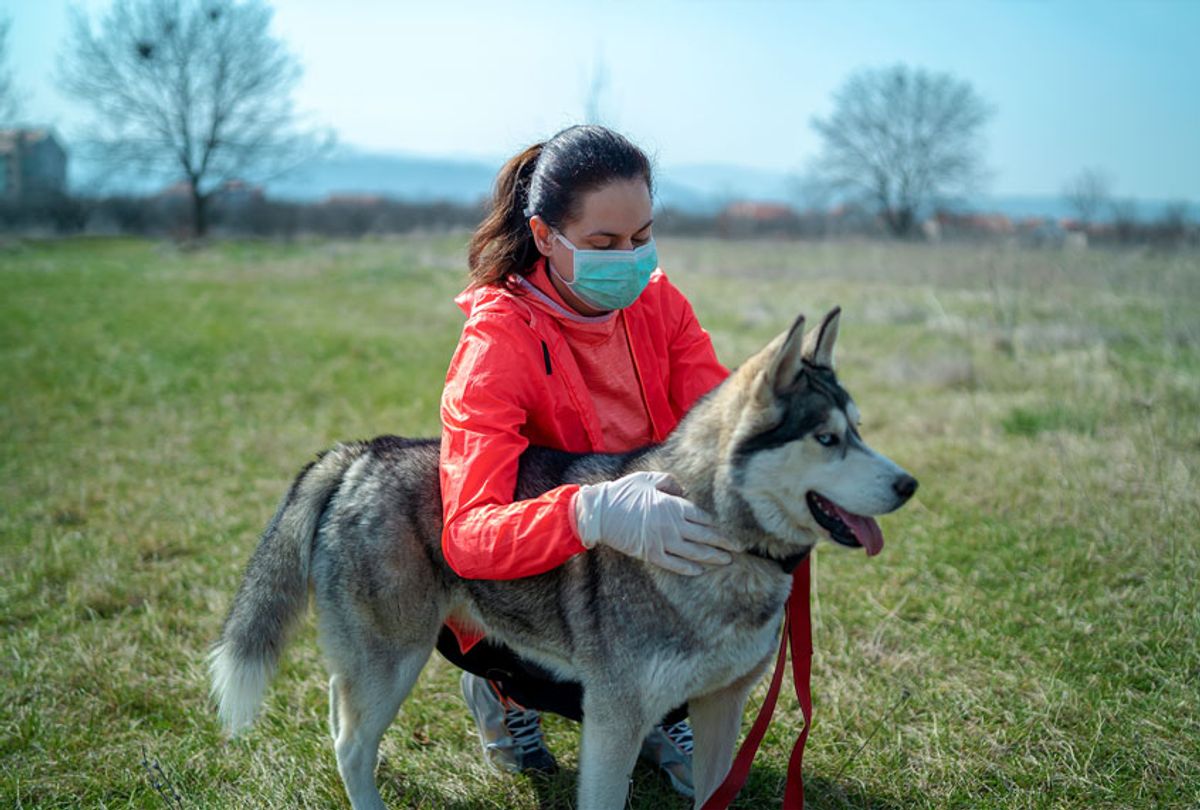 According to the research, two out of fifteen dogs from households with confirmed human cases of COVID-19 in Hong Kong were infected. Researchers detected the virus in a 17-year-old neutered male Pomeranian from five nasal swabs collected over a 13-day period. The second dog, a 2.5 year-old German Shepherd dog, tested positive for the coronavirus, too.

"Viral genetic sequences of viruses from the two dogs were identical to the virus detected in the respective human cases," the researchers stated in the paper. "The evidence suggests that these are instances of human-to-animal transmission of SARS-CoV-2."

Interestingly, both dogs remained asymptomatic during their quarantines. The study lacks evidence that would suggest that dogs can transmit the infection to other dogs or people. Still, Malik Peiris, a virologist at the University of Hong Kong who led the study, told Nature "we have to keep an open mind."

"Two days later (day 3), one of the cats with no previous infection had infectious virus detected in a nasal swab specimen, and 5 days later, virus was detected in all three cats that were cohoused with the inoculated cats," the researchers explained. "With reports of transmission of SARS-CoV-2 from humans to domestic cats and to tigers and lions at the Bronx Zoo, coupled with our data showing the ease of transmission between domestic cats, there is a public health need to recognize and further investigate the potential chain of human–cat–human transmission."

The researchers added: "This is of particular importance given the potential for SARS-CoV-2 transmission between family members in households with cats while living under 'shelter-in-place' orders."

The Centers for Disease Control and Prevention (CDC) continues to warn that it is very unlikely pets are carriers and can transmit to humans.

"We are still learning about this virus, but we know that it is zoonotic and it appears that it can spread from people to animals in some situations," the CDC states. "In the United States, there is no evidence that animals are playing a significant role in the spread of COVID-19."

The American Veterinary Medical Association advises humans who are infected with COVID-19 to restrict contact from their pets while sick, just as one would with people.

"If you must care for your pet or be around animals while you are sick, wear a cloth face covering and wash your hands before and after you interact with them," The American Veterinary Medical Association states on its website.

Jürgen Richt, a veterinary virologist at Kansas State University in Manhattan, told Nature there is a danger of this information being seen that pets carry the virus and can transmit it to humans, which is very unlikely.

"The danger we are facing is that people get nervous when they hear that companion animals could be virus carriers, and decide to get rid of them," Richt explained.