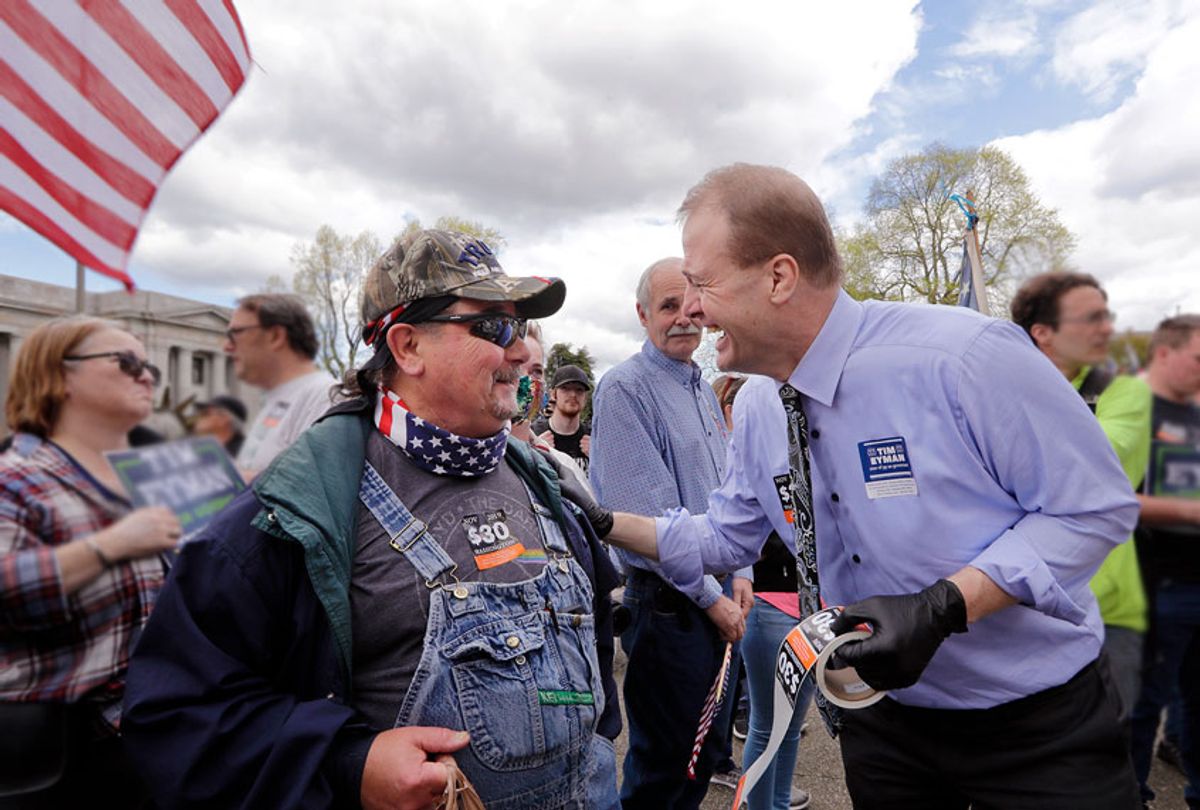 A new study published Wednesday in the journal Proceedings of the National Academy of Sciences reveals that normal speaking can cause airborne transmission of the coronavirus.

"There is a substantial probability that normal speaking causes airborne virus transmission in confined environments," the report explains. It was co-authored by Valentyn Stadnytskyi, Adriaan Bax and Philip Anfinrud of the National Institute of Diabetes and Digestive and Kidney Diseases, as well as Christina E. Bax of the Perelman School of Medicine at the University of Pennsylvania.

"It has long been recognized that respiratory viruses can be transmitted via droplets that are generated by coughing or sneezing," the study further explains. "It is less widely known that normal speaking also produces thousands of oral fluid droplets with a broad size distribution (ca. 1 [micrometer] to 500 [micrometers])."

To reach their conclusion, the experimenters used  "an intense sheet of laser light to visualize bursts of speech droplets produced during repeated spoken phrases" without testing on the virus itself. They hypothesize the virus is present in the oral fluid droplets that infect others.

The report says these experiments illustrate how "normal speech generates airborne droplets that can remain suspended for tens of minutes or longer and are eminently capable of transmitting disease in confined spaces."

Salon reached out to Dr. Russell Medford, Chairman of the Center for Global Health Innovation and Global Health Crisis Coordination Center, for his thoughts on the study.

"Stadnytskyi et al (2020) is a laboratory study using laser light scattering to demonstrate that normal speech generates airborne droplets that depending on their size could remain suspended in the air for varying amounts of time," Medford told Salon by email. "This study did not study the SARS-CoV-2 virus itself. The authors speculate that these droplets could serve as vehicles for the transmission of SARS-CoV-2."

He added, "A growing number of studies demonstrate that the genetic material of SAR-CoV-2 does exist in airborne droplets . . . . Much still needs to be learned but these studies serve to emphasize the importance of following current CDC guidelines regarding social distancing and the use of masks."

This is not the first study to emphasize the importance of maintaining social distancing guidelines. Earlier this week the Centers for Disease Control and Prevention (CDC) revealed that a two-and-a-half hour choir practice in Washington had become a "superspreader event" because several dozen people sang loudly and interacted while standing in close proximity to each other. In that case, the vast majority of choir practice attendees contracted the coronavirus.

"Choir practice attendees had multiple opportunities for droplet transmission from close contact or fomite transmission, and the act of singing itself might have contributed to SARS-CoV-2 transmission," the CDC reports. "Aerosol emission during speech has been correlated with loudness of vocalization, and certain persons, who release an order of magnitude more particles than their peers, have been referred to as superemitters and have been hypothesized to contribute to superspeading events. Members had an intense and prolonged exposure, singing while sitting 6–10 inches from one another, possibly emitting aerosols."

A spokesperson for Washington's governor, Democrat Jay Inslee, told Salon that the choir superspreader event "happened early in the outbreak ... from our point of view, it shows the importance of physical distancing even if people are asymptomatic."

Speaking with Salon in March, Dr. William Haseltine — the founder and former CEO of Human Genome Sciences, and currently the chair and president of the global health think tank Access Health International — explained how visualizing the coronavirus in question can help us better understand the mechanical aspects of how it operates.

"Think of it like a fuzzy basketball with a big dent in it, or maybe a Pac-Man," Haseltine told Salon. "The Pac-Man is what holds that dent and it is what's going to grab a hold of the receptor. The outsides of the virus can be all fuzzy and that's what it presents to the immune system and it's hard for the immune system to see into the mouth of the Pac-Man. And so many viruses use that kind of trick. So you make a lot of antibodies but they don't stop the virus from working, from getting into your body."