Why everyone should learn how to administer naloxone 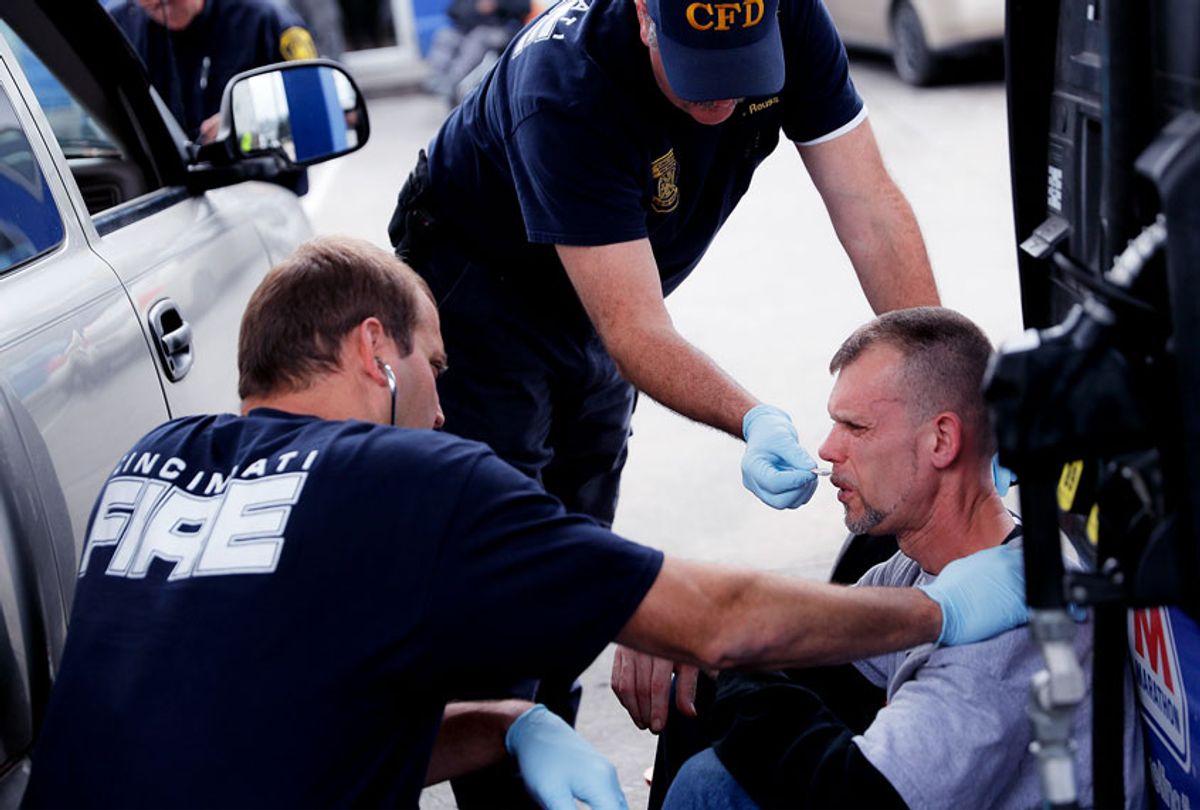 They have been for a long time. Naloxone, the drug that can reverse the respiratory depression caused by opioids, was approved by the U.S. Food and Drug Administration (FDA) for that purpose in 1971. But of course, naloxone does nothing on its own. It must be in the hands of someone who knows when and how to take appropriate action.

But these would-be superheroes seem to be in short supply.

I recently dropped by a county public health department to replenish my naloxone supply. As someone who writes about the history of harm reduction – strategies for curbing the negative consequences of drug use – and overdose prevention, I feel compelled to carry the drug with me at all times.

My desultory training session was brief and not very informative – there was nothing about rescue breathing, airway support, or how to put people in the recovery position, or how to tell if a higher dose was necessary or not. More worrisome was the absence of other people. Only one other attendee suffered through it with me. While we got our naloxone, I doubt either of us left feeling any affiliation with the broad-based social movement that has worked for decades to make it as accessible as it is, which is nowhere near what it should be.

Getting naloxone into public places where overdoses are likely to occur – such as public restrooms – and passing on the knowledge of how to save someone's life with it have been central goals of the harm reduction movement. But access to naloxone is still very dependent on location. Whether or not one is overdosing in an area with an active harm reduction community and a proactive regional public health apparatus remains a deadly game of chance in this country.

Naloxone is not the first promising first aid tool to encounter hurdles to democratization. Pioneered in the 1950s, CPR training guidelines weren't adopted by the Red Cross until 1973. That's nearly 20 years. However, naloxone's path has proven to be longer. Harm reduction activists have been trying to get naloxone into people's hands for nearly three decades. They have worked to remodel law and policy in almost every state, and they have overcome political resistance in many forms. In many ways, they have succeeded. And yet, preventable deaths are still happening.

Part of the problem is that the naloxone is available more in theory than in practice. It is still not FDA-approved for over-the-counter sales. In a 2019 memo, the FDA acknowledged that there was a "persistent misunderstanding" – even "confusion" – about whether or not naloxone was legal. They clarified that, just because naloxone lacked this over-the-counter approval did not preclude it from being distributed by community-based programs and pharmacies for use outside health care settings.

While most states have passed laws allowing pharmacists to either dispense naloxone directly under a standing order or to prescribe and sell it to customers, the FDA indicated that pharmacists were either unaware of the authority granted to them or were "unwilling to provide" naloxone without an individual prescription. A 2018 New York Times investigation found that naloxone was on the shelves and available without a prescription in only about a third of pharmacies in the ZIP Codes with the highest rates of overdose death.

If pharmacists don't even view themselves as serving in a harm reduction role, no wonder there seems to be a creeping disinterest among the general population. Aware that naloxone is out there, even if they don't know exactly how or where to get it, an eerie sense of calm seems to have overcome the general public, but not in the way those who proudly wear "Keep Calm and Carry Naloxone" t-shirts intended.

Naloxone is a pharmacological fix for a symptom of a deep-rooted societal problem.

According to Daniel Wolfe, Director of International Harm Reduction Development in the Open Society Foundations (OSF) Public Health Program, this "miracle medicine" could be the cornerstone of the harm reduction infrastructure that we need to build. The long-term solution requires a movement of people carrying it in first aid kits, backpacks, purses, and briefcases.  The time has come for the message of harm reduction to transcend the activist community that has worked so tirelessly to make it easy for anyone to save a life. It must become widely and enthusiastically understood, accepted, and embraced.

Naloxone is the beginning of what we need to do in order to get healthcare that reduces harm—not the end. Phrased succinctly by Minneapolis-based harm reduction activist Lee Hertel, the message is this: "Nobody deserves to die because of how they choose to navigate life."

Nancy D. Campbell is Professor and Head of the Department of Science and Technology Studies at Rensselaer Polytechnic Institute. Her most recent book is "OD: Naloxone and the Politics of Overdose" from The MIT PRESS.