"Snowpiercer" isn't a disaster train, but it's not a joyride either 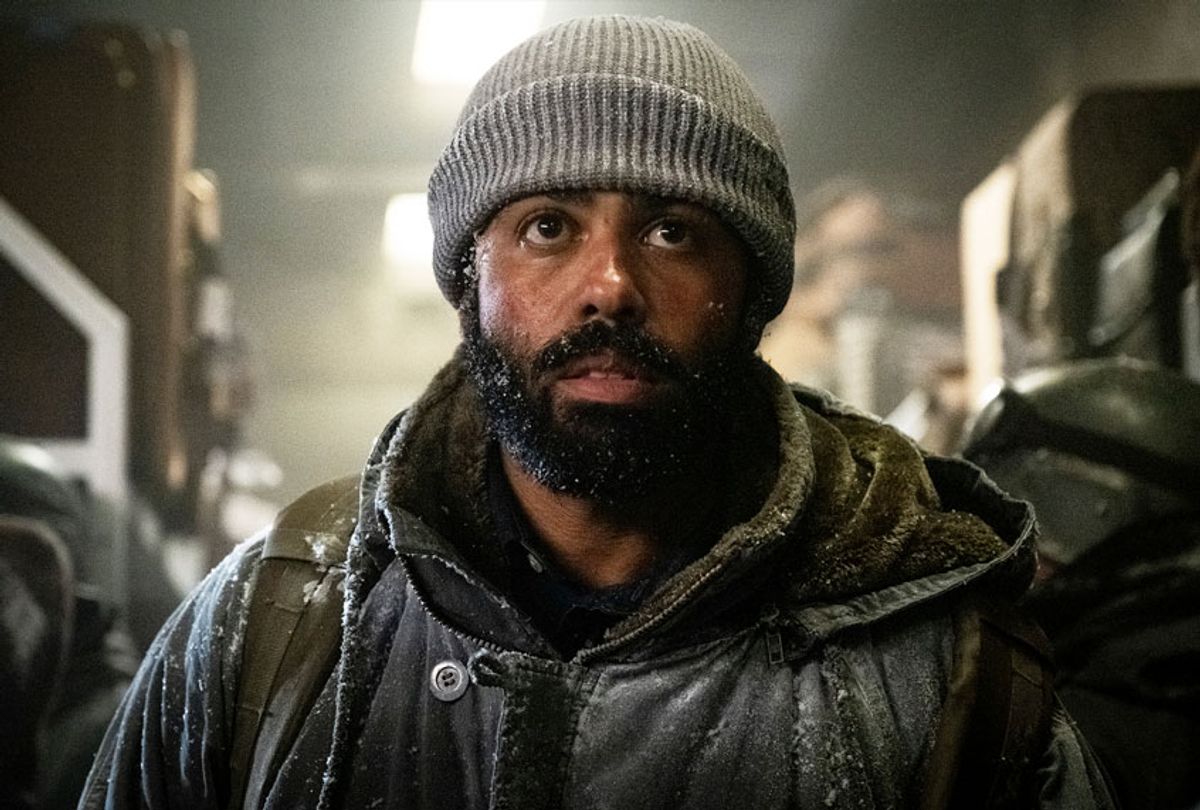 Inevitably now, we're encountering shows with approaches that feel like some vestigial structure of yesterday. That goes doubly for shows presenting some version of the future, be it sunny or desperate, dystopian or simply weird.

With that I mind, what if I told you that TNT's "Snowpiercer" somehow manages to be all of these things at once: a mishmash of sci-fi struggle, social stratification, and – would you believe – your standard cop drama?

You can't accuse showrunner Graeme Manson, co-creator of "Orphan Black," for slacking in the effort to expand Bong Joon-ho's 2013's feature into a 10-episode series.  He doesn't entirely succeed here, but "Snowpiercer" isn't a total failure either. The fact that it lands somewhere in the slack middle of the quality scale is bound to be disappointing for fans of the film hoping for better, encouraged by the impressive actors headlining the cast.

But if those same folks were at all aware of the seven-year struggle to get this show made, let alone the rumors of behind-the-scenes messiness, they'll probably be content to see anything close to a coherent narrative.  The show delivers on par with the average genre distraction. To expect more complexity in the way of a class warfare parable, especially given the outstanding caliber of Bong's multiple Oscar-winning artistic coup "Parasite" is to set oneself up for disappointment.

Helpfully the TV adaptation deviates enough from the film to keep viewers guessing about a few things – a necessity, given the linear progression of the film's action and its heroes. "Snowpiercer," based on a  French series of graphic novels called "Le Transperceneige," begins in a similar place explained in a voiceover, and toothsome animation, by the show's hero Andre Layton (Daveed Diggs).

An effort to combat global warming goes awry and plunges the planet into a frigid extinction event. In response, a mysterious gazillionaire builds a massive ark in the form of a train more than 1,000 cars long.

Ticket holders are divided into first, second, and third class, and in the final moments before the train pulls into its never-ending trek around a frozen Earth, an underclass rushes in and claims the last cars.The series picks up seven years into this Sisyphean journey, with those riding the train now divided into sections by social rank and wealth, and the "tailies" abandoned to filth and darkness of the rear.

Organizing the train, and acting as the voice of the man running it – who is never seen, even as he imposes his will on the passengers – is Melanie Cavill (Jennifer Connelly).

And it is Melanie who pulls Layton up from the muck to solve a murder since, handily for her and the narrative's engine, in the time before the big freeze, Layton was a homicide detective – the only one with his type of training and experience on Snowpiercer.

This eyeball-rolling choice becomes understandable when taking into account Manson's need for a reason to and a means of exploring every level of a highly balkanized society. As a "tailie," Layton's options are limited, but as a detective he can explore every corner of the train, introducing us to each level of its society and its purpose. There's third class, and the cabaret-style Night Cars; there's the lovely aquarium car and areas devoted to cultivating crops.

That all of the action takes place on a train moving at hundreds of miles per hour is easily forgotten, and when one does remember she may start to pick apart other elements of this bottle too. But that would mean parting the sea of characters rendered with varying stages of complexity and depth to nitpick at the height of the ceilings, and if you're going to do that, you'd be better served turning to something on HGTV.

A design show, at least, presents itself with clarity and a sense of purpose, two things lacking in "Snowpiercer" until about midway through the season when we're made to realize that the murder mystery is a misdirect, and the plot's true purpose is to be a parable about coexisting in the face of annihilation. Noble as that idea sounds, and as expansive as Diggs' dramatic abilities are in the better pieces, he's hamstrung here by a script that limits Layton to expressing various shades of tired and angry whenever he isn't being beaten to a pulp.

It would be unwise to determine whether a potential audience of millions will be in the mood to ride well into the summertime with "Snowpiercer." Living in a pandemic hasn't stopped viewers from seeking out disaster films or zombie flicks. Those options promise jolts that "Snowpiercer" only occasionally delivers.

What bright spots there are poke through in the form of Connelly's surefooted performance, aided by the fact that Melanie has a few secrets that keep her living in a perpetual state of anxiety and help to keep the story interesting. Allison Wright's Ruth, Melanie's right-hand, is a crisp and clipped contrast to the studied smoothness of Connelly's characters.

Together they almost compensate for the noticeable absence of a character on par with the authoritarian mistress played by Tilda Swinton in the film. (Really, though, could anyone fill those shoes?) But with so much narrative chaff to sort through, their ability to stand out is a gift.

"Snowpiercer" already has been picked up for a second season, and ends with a purposeful energy missing for most of the first. Improvement between Seasons 1 and 2, is always possible, and if a person chooses to jump on for a future ride I suspect she'll want to view these scene setters for context. Again, they are not disasters.  Still, it's disappointing to see a premise that inspired an exciting film encumbered by so much unnecessary freight, and the best efforts of its cast decelerated by weak noir and freezer-burnt gloom.