As humans adapt to COVID-19, rabbits face their own pandemic 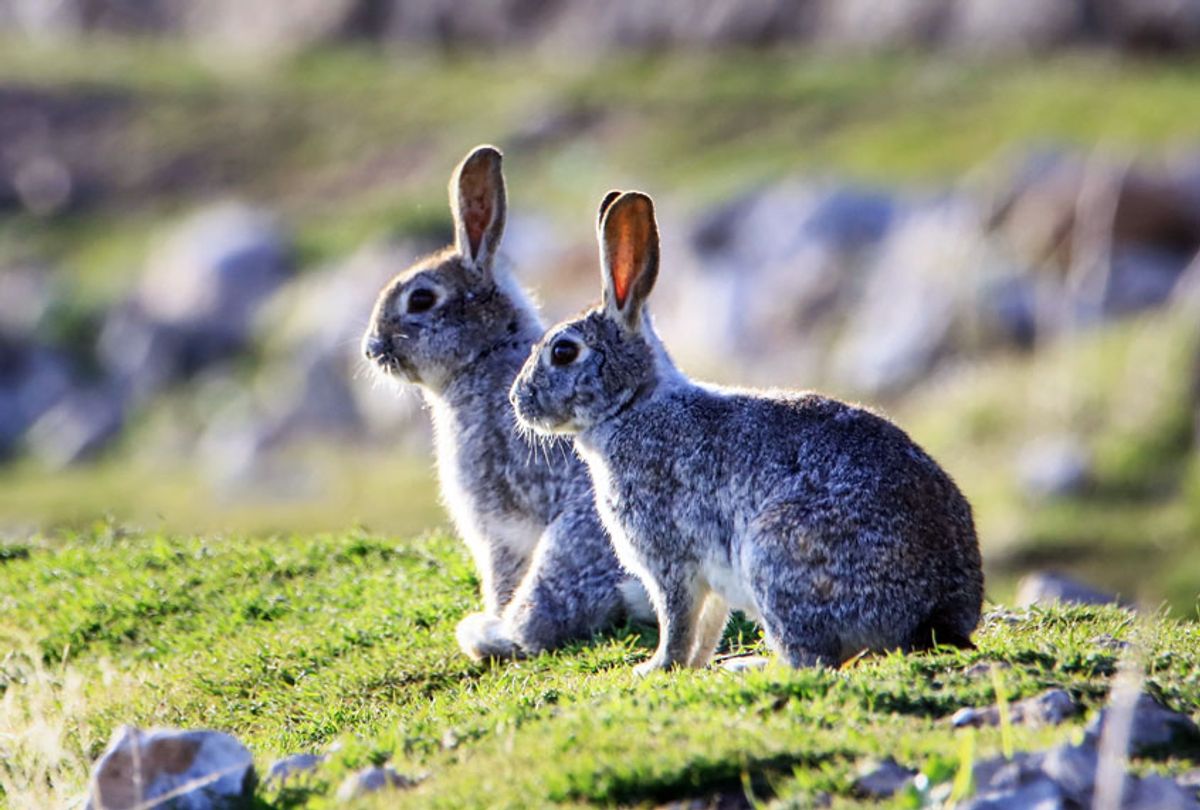 Human beings aren't the only animals on Earth dealing with a pandemic. A new study reveals that North America's rabbits are in danger of having their populations depleted due to a highly contagious virus unrelated to the novel coronavirus.

Rabbit Hemorrhagic Disease virus Type 2 (RHDV2) has started to kill off rabbit populations throughout the western United States, according to CNN. The disease started in New Mexico in March and has since spread to Arizona, California, Colorado, Nevada and Texas, according to The New York Times. It threatens not only domestic and wild rabbits but other species related to them like hares and pikas. Scientists are concerned that RHDV2 could spread to the point where it leads to "significant declines of rabbit populations in California," including that of the endangered riparian brush rabbit, according to the California Department of Fish and Wildlife.

The original Rabbit Hemorrhagic Disease virus originated in China in 1984, and eventually spread through Asia, Europe and the two American continents. At one point it entered Australia and was welcomed by scientists there as a way of controlling that continent's booming invasive rabbit population. The new virus has since become the dominant strain in that country.

The disease is highly infectious and capable of surviving in a number of varying temperature conditions, making it very sturdy. Sometimes infected rabbits will display symptoms such as swelling, liver damage and internal bleeding. On other occasions, rabbits will appear to simply drop dead — sometimes with no symptoms, sometimes after showing blood on their mouth or nose.

There is hope for people who own rabbits as pets (as of 2019, the Department of Agriculture estimated that roughly 6.7 million pet rabbits are owned by roughly 3 million Americans). Europe has already approved a vaccine for the disease ,and states can work with the agriculture department to legalize its use within their jurisdictions. The only catch is that veterinarians cannot seek approval for the vaccine in their areas until there has been at least one confirmed rabbit death in their state.

RHDV2 is not merely a risk to rabbit populations both domestic and wild, whether invasive or endangered. Because rabbits are an important prey in many vital ecosystems, the disease could have a massive impact on America's natural wilderness overall.

"The virus is known to have caused deaths in European Rabbits, which is the kind that is domesticated for pets and food," Brian D. Farrell, a biology professor at Harvard University, told Salon by email. "The virus may also affect our native Cottontails, the kind of rabbit common in the eastern USA, as well as Jackrabbits and Snowshoe Hares. These species are very important food sources for many predators such as weasels, foxes, coyotes, bobcats, mountain lions and birds like Red-Tailed Hawks and Golden Eagles. Loss of rabbits would mean fewer of these magnificent animals for the period of time that it takes for virus-resistant rabbits to re-populate."

Peter Girguis, who is also a biology professor at Harvard, had a similar observation.

"Whenever you have a disease that spreads through and targets a particular group of animals, we have to acknowledge that it's going to affect other animals," Girguis told Salon. "So coyotes, for example, that live off of rabbits . . . . In turn, if the rabbits are gone, there may be other animals that compete with rabbits — such as field mice, rats, raccoons or what have you — their populations can get big," Girguis continued. "And so the bottom line is that whenever you have a disease like this, it's not just about the animal that gets the disease, it's about all the other animals that are tied to it," he added.

Girguis explained that the food chain goes all the way up to humans, who would be affected by the disease "not because we're prone" to it, but because the loss of rabbits "change[s] the ecosystem in ways that we often can't predict and influence."