Just as the grocery chain canceled its workers' "hero pay," Kroger was asking for emergency overpayment money back 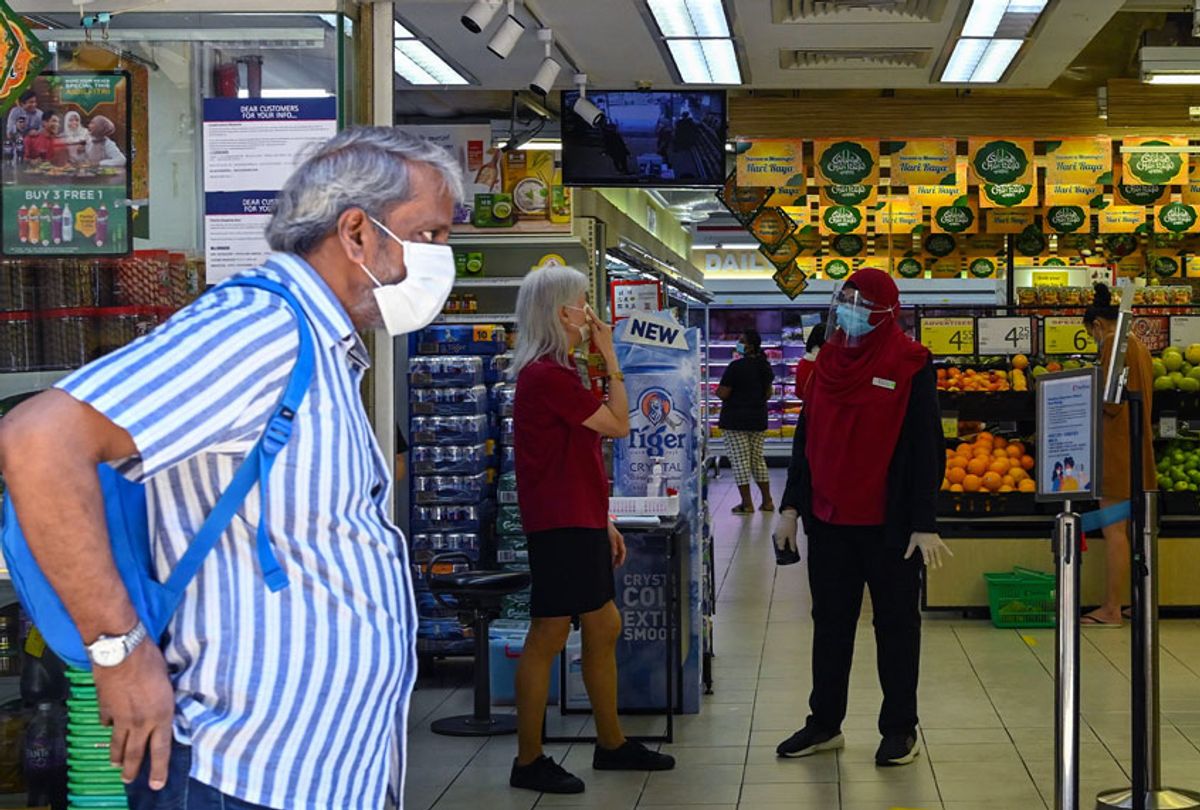 Since the novel coronavirus was declared a global pandemic by the World Health Organization in early March, grocery store employees have been recognized by many as essential employees. Their positions are both integral to the American food system, as well as being consistently customer-facing in a way that puts them at higher risk for exposure to the virus. In acknowledging this, an ongoing discussion between employees, their union representatives and large grocery chains has played out — largely via public calls to action — with regards to how these workers should be compensated.

Starting in March, many employees began requesting consistent hazard pay. In turn, major chains, including Target, CVS, Whole Foods, Sprouts, Costco and Kroger, offered bonuses or temporary raises to employees. Then, as of last week, many of those same companies began to phase out that extra pay.

It's a move that is contentious enough on its own as the novel coronavirus continues to spread and a vaccine has yet to be developed, but over the weekend social media users began to post letters — redacted of any identifying information — allegedly from Kroger saying that the recipient's "emergency pay" had been overpaid. The recipient was offered three payment plans to return the money and that "failure to repay could result in further collection efforts."

As the images of these letters began to spread, so did speculation about their contents: Are these actual letters from Kroger, or are they a ploy to portray the company in a poor light just days after, as Salon reported, they announced they would be slashing workers' hazard pay? Or is the company actually stripping workers of hazard pay they had earned?

Salon investigated the origin of the letters, the veracity of their contents and how the truth contributes to the larger discussion of fair compensation for grocery workers.

What exactly do the letters say?

One letter reads, in its entirety:

As you may be aware, you were overpaid your Emergency Pay in the gross amount of $461.60 during the timeframe of March 1, 2020 to current. Please see option for repayment below.

If you need other arrangements to pay back this amount, please send an email using the information listed below.

Failure to repay the overpayment could result in further collection efforts.

Please sign this letter as an acknowledgement of the recovery of the funds and return to us either by email or by fax to the number listed below. A picture of the signed letter will suffice. Payment will be deducted from the paycheck issued following receipt of your signed authorization, and from each subsequent paycheck if more than one payment is arranged with you and our team. We sincerely apologize for any inconvenience this may have caused and very much appreciate your quick response and cooperation in this matter.

Are the letters real?

Yes, these letters are real and were sent by Kroger's payroll department to some employees in late April or early May.

A dozen employees, all of whom asked to remain anonymous due to the sensitive financial nature of the topic, sent Salon copies of the letters they had received. These associates were located in a number of states including Kentucky, Georgia, West Virginia, and Michigan, and the amounts they had been overpaid ranged from between $400 and $500.

"I had to isolate with my wife while we awaited her COVID-19 test results, so Kroger paid me for two weeks," one recipient told Salon. "But the week I went back, they paid me for hours worked, but also, for whatever reason, paid me for another 40 hours of emergency leave pay."

These accounts are further corroborated by a May 14 piece by Sarah Jaffee for Dissent, in which Veronica Copeland, a West Virginia-based Kroger employee, received a similar letter after taking emergency leave in March.

None of the Kroger employees with whom Salon spoke indicated Kroger was seeking to collect previously paid "hero pay," the term the company used to describe their $2 an hour hazard pay that ran from April until May 17. Instead, all the overpayments came in the form of additional emergency pay.

According to a statement by United Food and Commercial Workers (UFCW) Local 400 — the union that represents Kroger employees — issued on May 19, they were aware of the issue.

"We have recently received numerous reports of Kroger associates receiving collections letters from their employer," the statement said. "We are committed to investigating each case thoroughly and we will continue to advocate on behalf of our members. No matter how much Kroger wishes it were so, things are not back to normal. This is a time to be rewarding our heroes on the frontlines, not cutting their well-deserved pay."

How many employees were overpaid?

The exact number is unclear. In a statement, Kroger indicated that it was a "small number of associates." Jonathan Williams, the communications director for UFCW Local 400, said he was aware of at least a dozen cases so far in their membership. Combined with the accounts independently verified by Salon, there is likely a total of approximately 30 affected employees.

What is Kroger's ultimate response?

When approached by Salon on May 19, a Kroger spokesperson said the overpayments were an "unfortunate payroll accounting error."

"We've since instructed our payroll department to directly inform the small number of associates affected by the recent overpayments of COVID-19 Emergency Leave pay that we will not seek repayment," they said.

"We look forward to informing our union members who have received these collections letters that Kroger is no longer seeking money from them," they said. "We will also investigate any incidents in which a member may have already paid some money back to the company to ensure they are made whole."

The statement went on to say they are pleased Kroger has "come to its senses."

"Now they can focus their attention on extending 'hero pay' until this crisis is over," UFCW representatives concluded.

Why is the timing of this important?

As Salon reported on May 13, Kroger had announced the discontinuation of their $2 per hour hazard pay — which was termed "hero pay" or "hero bonuses." The national grocery chain received substantial pushback from both employees and their union representatives for that decision, especially as Target announced it would be extending their $2 per hour hazard pay for store workers through July 4.

"While we welcome any increase in compensation, we continue to call on Kroger to extend the $2.00 per hour 'hero pay' premium indefinitely until this crisis is over," union representatives said in a May 16 statement.

"While other industries are suffering during this pandemic, Kroger is thriving," the statement continued. "Thanks to our hard-working members, same-store sales were up a whopping 30% in March alone, and we expect to see elevated numbers for April, May, and into June."

The perception that Kroger is leveraging their pandemic workforce for increased profit, while simultaneously ignoring their calls for hazard compensation, has been a tough one for the company to shake, especially as the company reported last week that Kroger CEO Rodney McMullen received a 21% raise.

Canceling collections for the erroneous emergency payments is a step in the right direction, but for many employees they won't feel truly recognized as essential employees without pay commensurate with the health risks they're facing every time they navigate the Kroger aisles.