For schools to re-open safely, we need to let teachers lead the way

The virus has clarified what educators do, and it also compounds the challenges they face 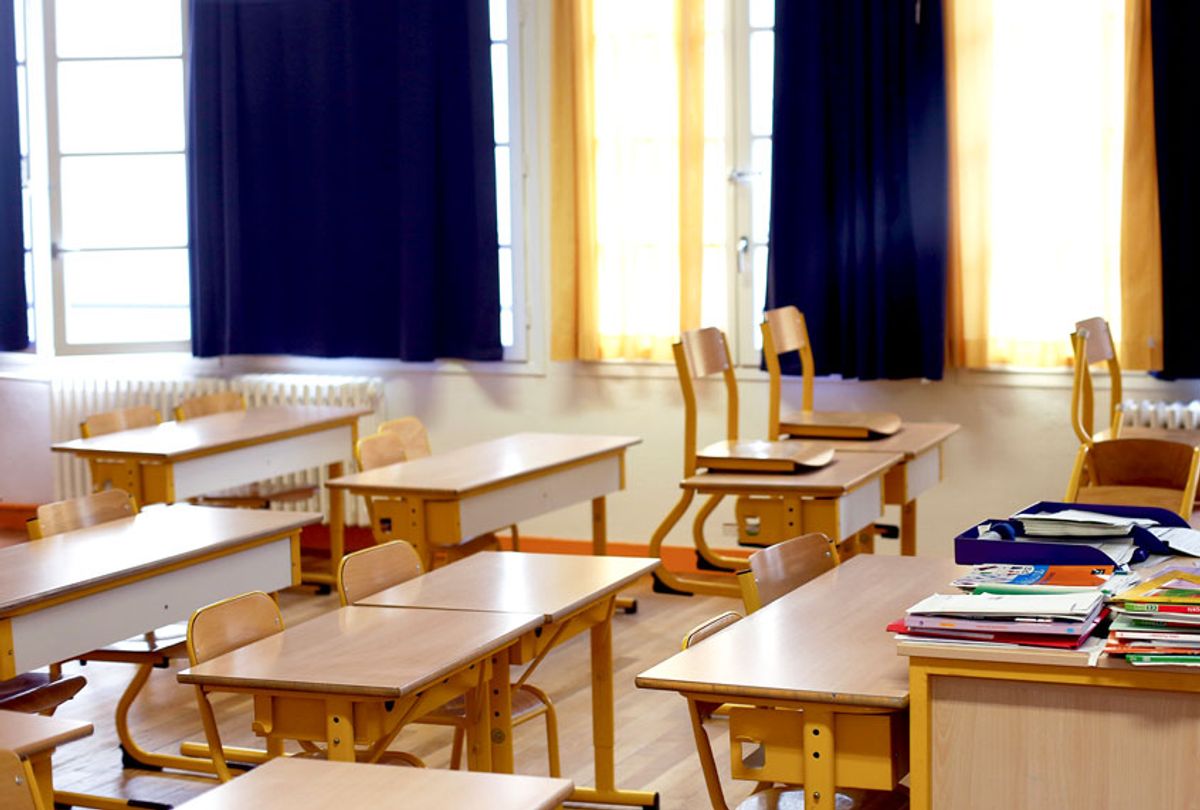 As we approach the bitter end of the 2019-20 school year, no one can say with confidence what the 2020-21 cycle holds. Though President Trump insists that classrooms open this fall — after suggesting last month they open even earlier — and California Gov. Gavin Newsom has suggested schools in his state could open in July to address coronavirus-related learning losses, public health leaders have expressed doubts that a one-size-fits-all approach is appropriate.

The American Federation of Teachers (AFT), the nation's second largest teachers' union, advocates for an approach to in-face schooling based on public health, community involvement and investment in the future in their recently released "Plan to Safely Reopen America's Schools and Communities."

Many state leaders have signaled at least loose agreement with union leaders on plans to "maintain physical distancing" until clear declines in new cases, "put in place the infrastructure to test, trace, and isolate new cases" and "deploy public health tools to prevent the virus' spread." AFT's push to ensure broad "worker and community involvement" in addressing each locale's unique challenges and "invest in recovery" as state deficits mount should be granted similar attention.

As parent readers know, a typical school day between March and May 2020 differed dramatically between states, districts, schools, classrooms, families and even siblings. On one extreme, teachers put in 12- to 14-hour workdays performing the role of school counselor, social worker and content delivery specialist (alongside the limited number of education professionals actually employed in these vital positions). Students took ownership of test preparations and signed on to AP Exams from crowded living rooms, and parents sat side-by-side with first graders moving from subject to subject through a typical 6-8 hour school day.

At the other end of the spectrum, exhausted teachers who lacked technological acumen were frustrated to tears by online professional development. Bored, anxious, worried, scared, sad and overwhelmed students refused to open iPads or sit through YouTube tutorials. Overwhelmed parents opted out of the entire experience, terrified that their children may never catch up or content to pursue alternative enrichment options through private means.

Whether parents pushed students through online learning or threw in the towel, this virus made it clear that schools are more than online lessons and teachers much more than content delivery systems. Come fall, if districts find a way to transport kids from home to school, socially distance desks, and bring specialists and meals to classrooms, teachers' task load will be immense. Educators will fight to fill gaps from grade levels cut short (in many states students missed a third of the school year) and address never before seen levels of trauma from students whose families have lost lives, homes and jobs or buckled under the pressure of tight quarters.

The virus has clarified what teachers do, but also compounds the challenges they face.

Income inequality is now at the highest level the country has ever recorded. For most Americans, real wages have barely budged in decade. Figures from the National Center for Education Statistics show that the number of segregated schools (those where less than 40 percent of students are white) has approximately doubled between 1996 and 2016. And few state education systems have yet recovered, according to the AFT, "from the austerity measures imposed after the Great Recession of 2008."

Though governors of both major parties are likely to understand the pressures schools will face given the scale of these challenges, in response to their calls for additional federal funding to address critical needs, Senate Majority Leader Mitch McConnell, R-KY, suggested that Congress let state and local governments go bankrupt.

The AFT's plan to reopen America's schools is not a simple, direct roadmap to recovery designed to fill the leadership void left by an inept executive. Rather, the AFT puts faith in its local affiliates. And right now, allowing essential workers to guide us through crisis, having demonstrated their concern for the most vulnerable among us, seems an appropriate path forward.

On Tuesday, March 10, 2020, just a week before teachers in Minnesota were forced to pivot on a dime — many to online learning, others toward printers and copiers to prepare old-fashioned take-home packets for the dozens or hundreds of students in their care — the St. Paul Federation of Educators (SPFE) went on strike for the first time since 1946. Though they did ask for a cost of living raise (union critics and mainstream media often stop their examination of union work at that data point), nearly 90% of SPFE's members voted to strike and showed up to picket lines to demand more mental health and bilingual support for their students. This labor action, that would have made headlines were it not for COVID-19's abrupt interruption, was the culmination of years of difficult work in conversation with community. In St. Paul, and across the country, teachers raise their voices when class sizes creep too high, financial institutions prey on low income families, and service-industry workers demand higher wages.

It is likely that school district leaders will be frustrated when pressures from cash-strapped state lawmakers and a maladroit federal government collide with educators' unions' demands for smaller class sizes. The AFT plan notes that typical class sizes of 25 or more students in a small room "pose obvious risks to student health and safety. Class sizes of 12-15 students will, in most circumstances, make it possible to maintain physical distancing protocols," along with increased mental health supports and personal protective equipment. And don't be surprised if even well-intentioned officials and administrators eventually blame teachers for larger social, demographic, and financial struggles because they're unwilling to challenge what St. Paul union leaders call the "scarcity myth."

Because our response to COVID-19 has also shown that if we believe we're facing a crisis, we'll move mountains to address it. Money and resources can magically appear. And much of that money should be invested in the systems and institutions designed to support citizens of the future.

Who knows what next school year will bring? We learn more every day about the path of this virus and whether we might expect many waves, a steady onslaught, or another crush, our ability to test and confine cases, and COVID's effect on children. Hopefully, students can return to their schools and restart their education, right beside their beloved teachers. And the best response for each community will be forged in partnership with education's essential workers and their union representatives.

Lesley Lavery is an Associate Professor of Political Science at Macalester College, and the author of "A Collective Pursuit: Teachers’ Unions and Education Reform." Join Lesley for a virtual book event on Thursday, May 26, 2020 via Next Chapter Booksellers.