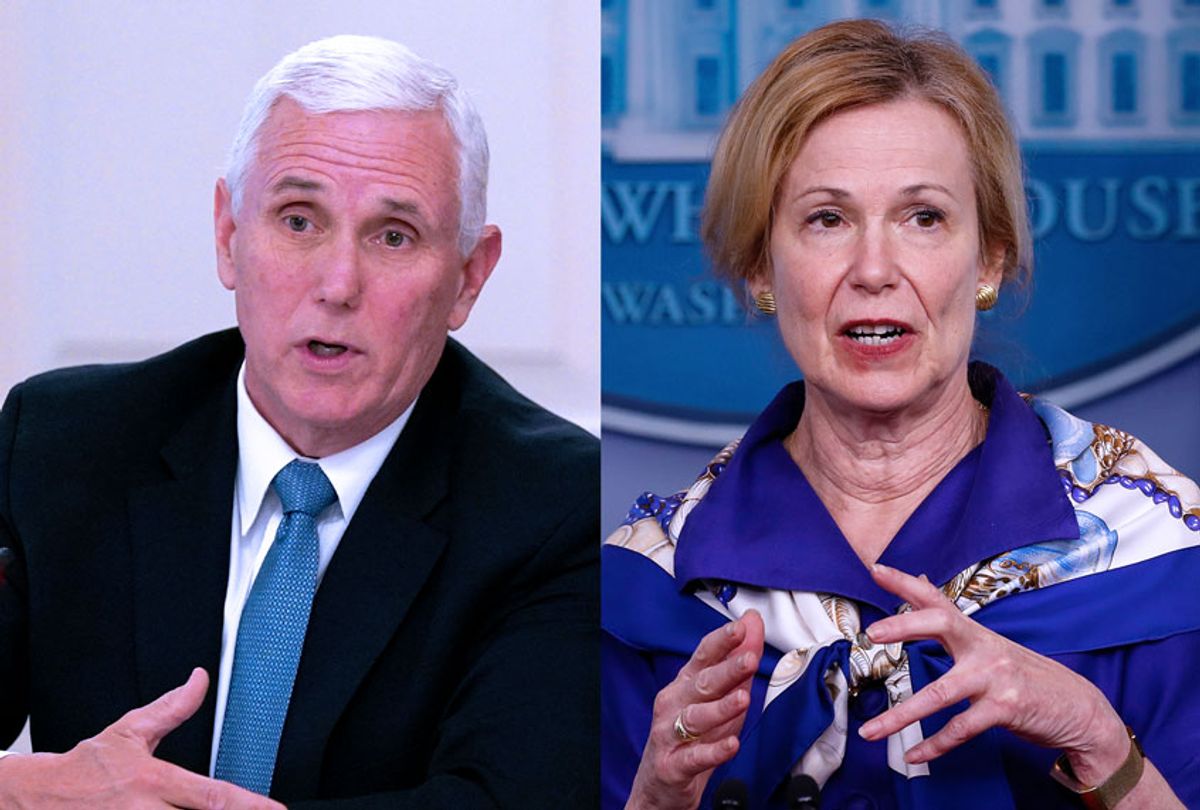 In April, as crucial political decisions were being made about how to deal with the rapidly escalating coronavirus outbreak, there was a dire need for journalists to clarify the scientific and medical aspects of the pandemic, and to dispel rampant misinformation (much of it coming directly from the president). They were also needed to provide space for a vigorous debate over who, exactly, would receive economic assistance, and how much.

FAIR analyzed every episode of ABC's "This Week," CBS' "Face the Nation," CNN's "State of the Union," "Fox News Sunday" and NBC's "Meet the Press" in the month of April. Of 121 one-on-one and roundtable guests across the networks, 62% were current or former government officials. Journalists were the next most frequent guests, at 18%. There were an equal number of academic and corporate guests (7% each). (The president of the Chamber of Commerce and representatives of the Federal Reserve were coded as corporate.) Only 2% of guests were from outside the U.S., and another 2% represented public interest groups.

While the Sunday shows have always leaned heavily on politicians, other public officials and their surrogates, this skew is more pronounced than FAIR has found in the past: In a 2012 study (4/1/12) analyzing eight months of Sunday shows during the Republican presidential primary, for example, U.S. government sources accounted for 47% of appearances. 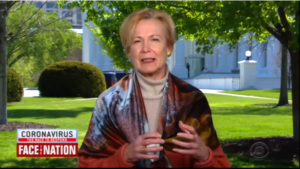 As we've shown before (e.g., Extra!, 9–10/01), the Sunday shows have historically served as corporate-sponsored government echo chambers offering a narrow range of acceptable opinion. Public interest leaders and activists are almost never invited, which means issues and angles critical to the public are ignored or only glancingly addressed. At a time when the perspectives of independent public health experts, as well as public advocates, would have been invaluable for informing political decision-making about public health and economic relief measures, this pattern was little changed.

For instance, we found not a single mention of the cancel rent movement or the widespread struggles people are facing to pay for housing, or of the labor strikes against Amazon to protest unsafe conditions. Meanwhile, voices like the CEO of Bank of America, two Federal Reserve Bank presidents, and billionaire businessmen Bill Gates, Barry Diller and Mark Cuban were featured. 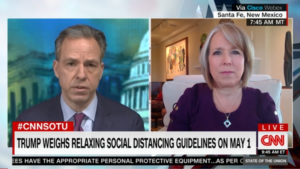 There was a single brief mention of many people's lack of access to running water, when New Mexico Gov. Michelle Lujan Grisham (CNN, 4/12/20) noted the impact of poverty on the COVID pandemic and her state's Native American communities; no Native Americans or advocates of communities experiencing water shutoffs appeared as guests throughout the study period.

Racial disparities in testing, infection rates and deaths were touched on in a few interviews (as in the Lujan Grisham interview), and ABC ran a reported segment on those disparities by Martha Raddatz (4/12/20) that featured a local Baltimore delegate, the mother of a young COVID-19 victim and a public health expert. (Reported segments, not featured on all Sunday shows, were excluded from the study, because they typically offer short soundbites rather than in-depth discussions.) But no guests from groups representing communities of color were invited on the shows to speak.

During the entire month, only two public interest sources were featured, both as part of an ABC roundtable discussion (4/5/20) about COVID-19 in prisons: Homer Venters, head of Community Oriented Correctional Health Services, and criminal justice activist Topeka Sam. (In an apparent attempt at "balance" — since advocates for the protection of human rights must obviously be balanced by those seeking to violate them — ABC also brought on Republican Bristol County Sheriff Thomas Hodgson, Trump's Massachusetts campaign chair, who had notoriously offered to send inmates to help build Trump's border wall and suggested that elected officials in sanctuary cities should be arrested: Boston, 12/5/19.) 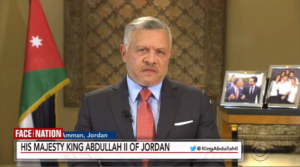 Meanwhile, in the midst of a global pandemic, which requires global coordination and in which international voices have much to contribute, it's noteworthy that the Sunday shows only included three non-domestic guests: Italy's prime minister (NBC, 4/5/20), the king of Jordan (CBS, 4/19/20) and a special envoy to WHO (NBC, 4/12/20). ABC, CNN and Fox had no international guests.

Republicans dominated the guest lists, with 41 elected officials or political appointees to 34 Democrats. Remarkably, "Fox News Sunday" was the closest to "balance," with six Democrats to seven Republicans, while CBS was the most skewed, with three Democrats and eight Republicans. CNN was an outlier, featuring 11 Democrats and six Republicans. While some might expect the dominance of Republicans, given that the administration and U.S. Senate are controlled by Republicans, FAIR and others have shown that Republicans historically dominate on the Sunday shows regardless of which party is in power (FAIR.org, 4/1/12).