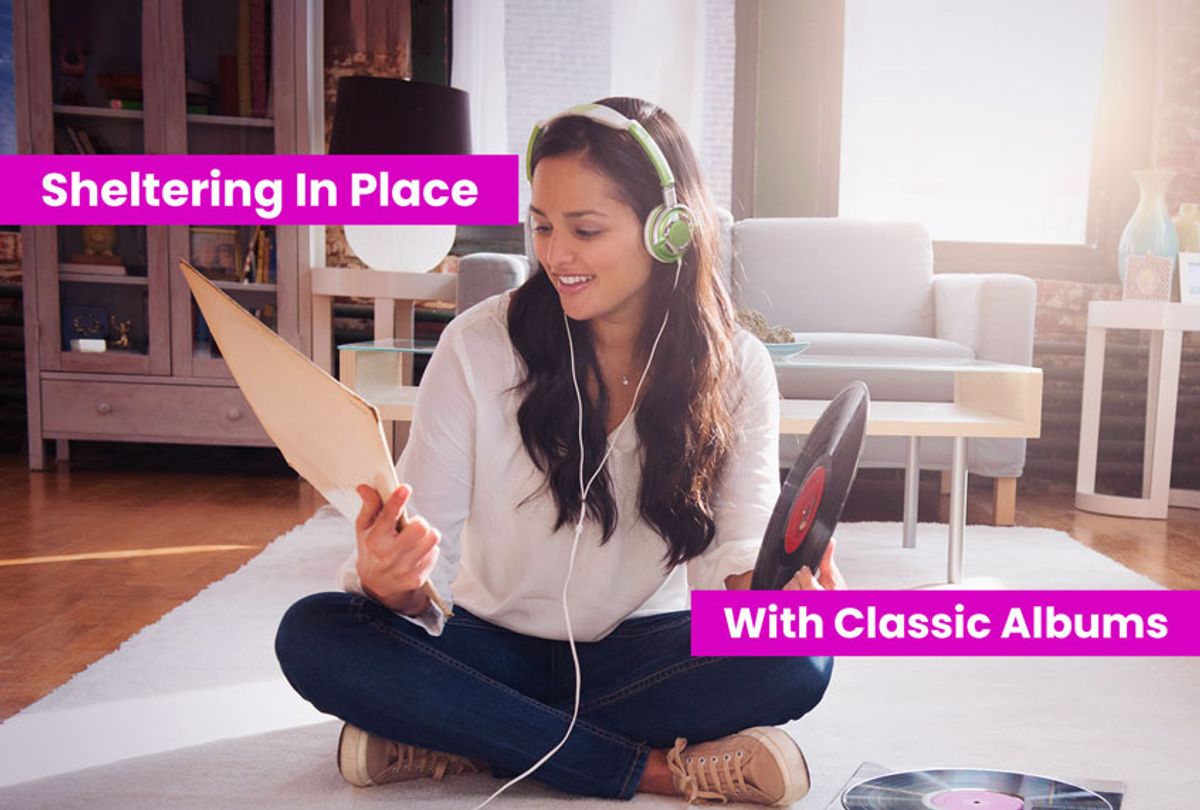 For Presley, the early months of 1956 were arguably the most heady days of his extraordinary career. Up first was the chart-topping "Heartbreak Hotel" single, which established the rocket thrust that elevated the "Elvis Presley" LP into the stratosphere. Indeed, the success of "Heartbreak Hotel" is inextricably linked with the album, even though the runaway hit song wasn't included on the Elvis Presley LP.

In the month leading up to the release of "Elvis Presley," he performed "Heartbreak Hotel" on the Dorsey Brothers Stage Show. Elvis was already in full flower, with his gyrations and stutter-steps on display. But his band absolutely tore it up, with guitarist Scotty Moore establishing the song's patented slow burn before breaking off a fiery guitar solo for the ages.

On his debut LP, Elvis's remarkable backing band, led by Moore, bassist Bill Black, and drummer D.J. Fontana, backs the King across a wide assortment of genres and styles, serving up a rock 'n' roll smorgasbord and highlighting the singer's extraordinary range in the bargain.

In short order, Elvis would turn to a cover version of Ray Charles's R&B effusion "I Got a Woman," memorably revealing how easily Presley could shift across different singing styles. As with several other tunes featured on his debut LP, "I Got a Woman" had been part of his live act since early 1955. Not surprisingly, Elvis and the band sport an easy facility with the song. Far from sounding road-weary, Presley and his band perform the tune with a welcome sense of gusto and freshness.

The album's closer, "Money Honey," was recorded at Nashville's RCA Victor studios on the same day as "I Got a Woman." In many ways, the songs' proximity in the recording process demonstrates Elvis and the band's fluid skills in the studio. In rapid succession, they shift gears among such pop classics as a cover version of Little Richard's "Tutti Frutti" and Rodgers and Hart's doo-wop classic "Blue Moon." For Elvis, of course, it was merely the beginning of even greater things to come.

That September, Presley would make his legendary inaugural appearance on "The Ed Sullivan Show," singing a sultry version of "Hound Dog" with his swinging hips in all their vulgar, gyrating splendor. During a later appearance in January 1957, the variety show would famously edit the King from the waist down in order to protect impressionable young television viewers from his brazen sexuality. But then, it was far too late. America had a full-on dose of Elvismania, and there was nary a cure in sight.