If the new study is correct, the U.S. had more time than it originally thought to contain the pandemic 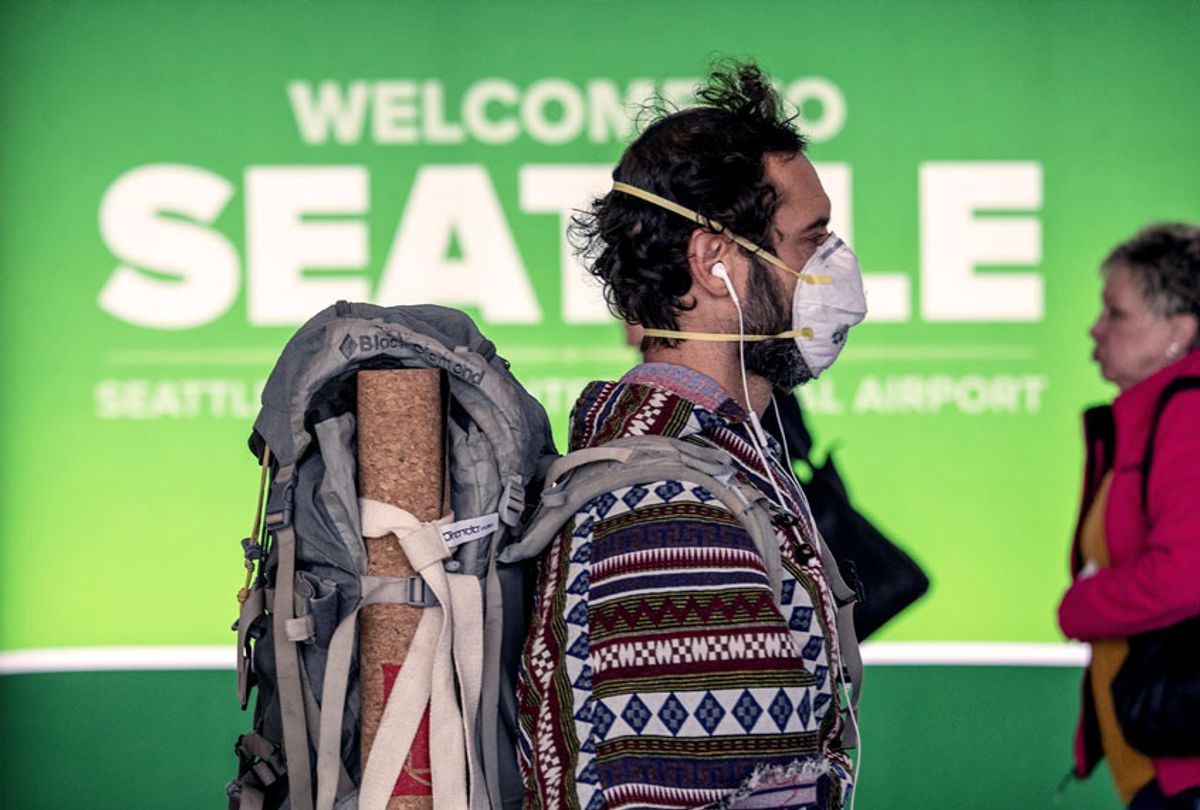 Although the first confirmed COVID-19 case in the U.S. was reported in Washington state on Jan. 20, a new report reveals that the pandemic was probably triggered by an individual who returned to this country in mid-February. The report calls into question the previously understood timeline for when the first coronavirus case arrived in the United States.

The paper, which was written by a research team led by the University of Arizona evolutionary biologist Michael Worobey, analyzed existing genomic data about how the virus would have evolved had the first patient in Washington state been the source of the outbreak. They concluded that it was unlikely that the Washington patient was the one who caused the pandemic in this country — "rapid interventions successfully prevented onward transmission" of that individual's case, they wrote. Rather, patient zero in the United States was probably someone who entered the country in mid-February at an unknown location.

"Our finding that the virus associated with the first known transmission network in the US did not enter the country until mid-February is sobering," the authors wrote. "It demonstrates that the window of opportunity to block sustained transmission of the virus stretched all the way until that point." That means the U.S. was even more delayed in its coronavirus response than previously thought.

President Donald Trump has been heavily criticized for a number of policy failures that worsened the impact of the coronavirus pandemic once it hit this country. These included calling for major budget cuts to the Centers for Disease Control, disbanding a highly-praised National Security Council pandemic panel, pushing for pseudo-scientific treatments and minimizing the threat while doing nothing to address it from news of the first patient in Washington state through mid-March.

A major implication of the study is that, if more aggressive measures like test manufacturing and contact tracing had been taken in January, thousands of lives could have been saved.

"He should have been warning us it was coming," Dr. William Haseltine, a biologist renowned for his work in confronting the HIV/AIDS epidemic, told Salon in March. "He should have been preparing by stockpiling all the necessary equipment. But even today we're not doing what we should do. Let me put it that way. What we should be doing is contact tracing [identifying people who may have come in contact with infected patients] and having mandatory quarantines for everybody who's been exposed. And quarantining not at home, but in hotel rooms, single occupancy hotel rooms."