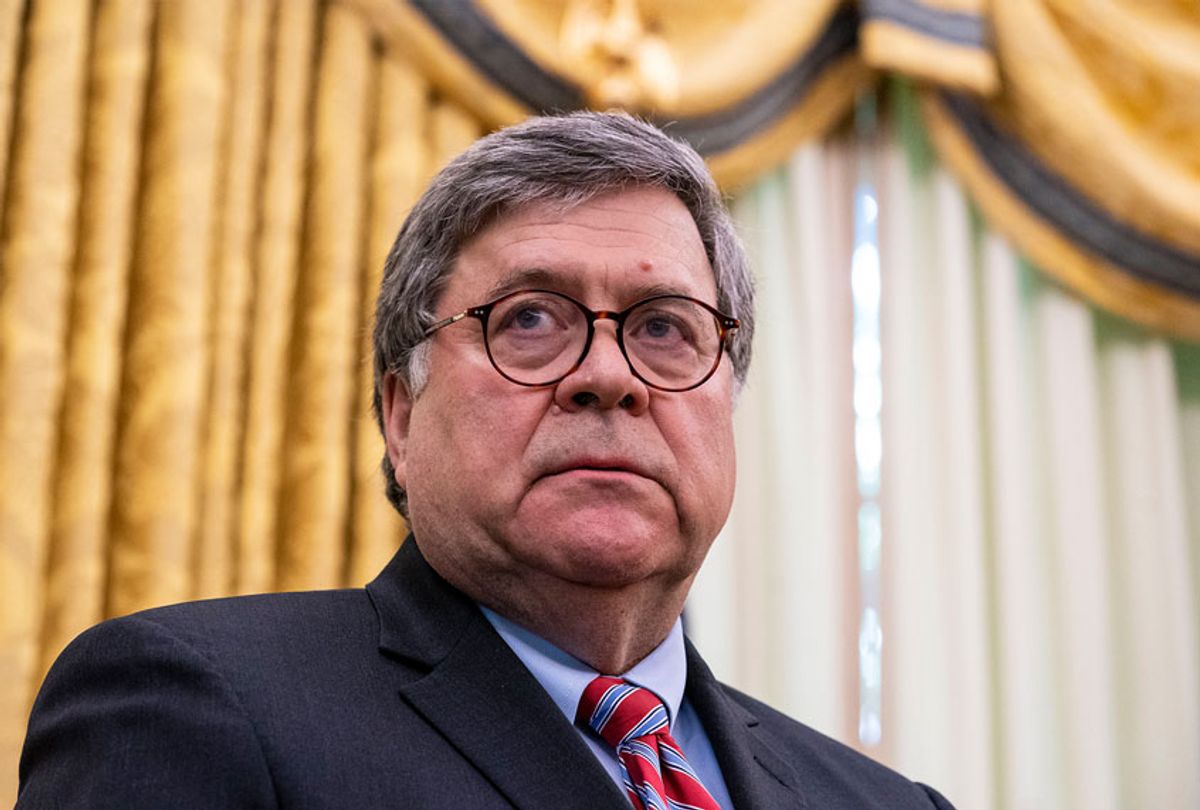 The Department of Justice (DOJ) has granted new temporary authority to the Drug Enforcement Administration (DEA) to conduct "covert surveillance" and collect intelligence on individuals protesting the death of George Floyd and police brutality, according to a memo obtained by BuzzFeed News.

The DEA is restricted to enforcing federal drug crimes only. However, Associate Deputy Attorney General Bradley Weinsheimer granted Tim Shea approval to perform other law enforcement duties" that Attorney General William Barr may "deem appropriate," the memo shows. Shea was appointed as the acting head of the DEA last month; he is a former top DOJ official, as well as a close alley of Barr.

Three DOJ sources also told BuzzFeed that they were "troubled" by the memo, which they view as a potential abuse of power "in an attempt to smear the protests and crack down on protected First Amendment activity."

The memo says the DEA was granted authority to "conduct surveillance and protect against threats to public safety," share "intelligence" with federal and local authorities, "intervene as federal law enforcement officers . . . in the protests" and "engage in investigative and enforcement activity including, but not limited to, conducting interviews, conducting searches and making arrests."

The memo came as Barr vowed to deploy "even greater law enforcement resources and support" to quell violence seen at protests around the country, which the attorney general blamed on Antifa, a decentralized anti-fascist protest movement. The Federal Bureau of Investigation (FBI) found "no intel indicating Antifa involvement" in the weekend protests in Washington, which drew President Donald Trump's fury as he hunkered down in the White House bunker, according to an agency situation report obtained by The Nation.

In a Sunday statement, Barr blamed "anarchistic and far left extremists, using Antifa-like tactics" for the violence. He asserted that the "Department of Justice (including the FBI, Marshals, ATF, and DEA), and all of our 93 U.S. Attorneys across the country, will support these local efforts and take all action necessary to enforce federal law."

The memo shows that Shea sought the authority for 14 days.

"In order for DEA to assist to the maximum extent possible in the federal law enforcement response to protests which devolve into violations of federal law, DEA requests that it be designated to enforce any federal crime committed as a result of protests over the death of George Floyd," Shea wrote. "DEA requests this authority on a nationwide basis for a period of fourteen days."

A day after the memo was approved, Trump declared that he was "mobilizing all available federal resources — civilian and military — to stop the rioting and looting, to end the destruction and arson and to protect the rights of law-abiding Americans, including your Second Amendment rights."

"Drug enforcement agents should not be conducting covert surveillance of protests and First Amendment protected speech," Hugh Handeyside, a senior attorney for the American Civil Liberties Union, told BuzzFeed. "That kind of monitoring and information sharing may well constitute unwarranted investigation of people exercising their constitutional rights to seek justice. The executive branch continues to run headlong in the wrong direction."

It is not the first time federal agencies have sought to conduct surveillance of protesters. The Department of Homeland Security used social media to compile "intelligence" on protesters in Baltimore marching over the death of Freddie Gray in 2015. The department also planned to embed undercover officers into protest groups during the 2014 Ferguson protests over the death of Michael Brown. The FBI conducted extensive surveillance of the Occupy Wall Street Protests in 2011.

Asha Rangappa, a former FBI special agent who is now an editor at the national security outlet Just Security, suggested that Barr had used the move to obscure "legal accountability by moving fed law enforcement to DEA."

"Congress needs to get to the bottom of why the FBI is not conducting investigations of federal law, as it is authorized to do," she tweeted.

Customs and Border Protection also provided a drone to assist law enforcement in Minneapolis, though the agency later claimed that the drone "was preparing to provide live video to aid in situational awareness at the request of our federal law enforcement partners" but was grounded when officials decided it was not necessary.

"No government agency should be facilitating the over-policing of the Black community — period," ACLU Senior Legislative Counsel Neema Singh Guliani told Salon's Matthew Rosza on Tuesday. "And CBP has no role in what's happening in Minneapolis at all. This rogue agency's use of military technology to surveil protesters inside U.S. borders is deeply disturbing, especially given CBP's lack of clear and strong policies to protect privacy and constitutional rights."