Huge rise in unemployment likely to push Americans to the left, experts say

The Great Recession brought about Obamacare; the Great Depression, the New Deal. This recession could be similar 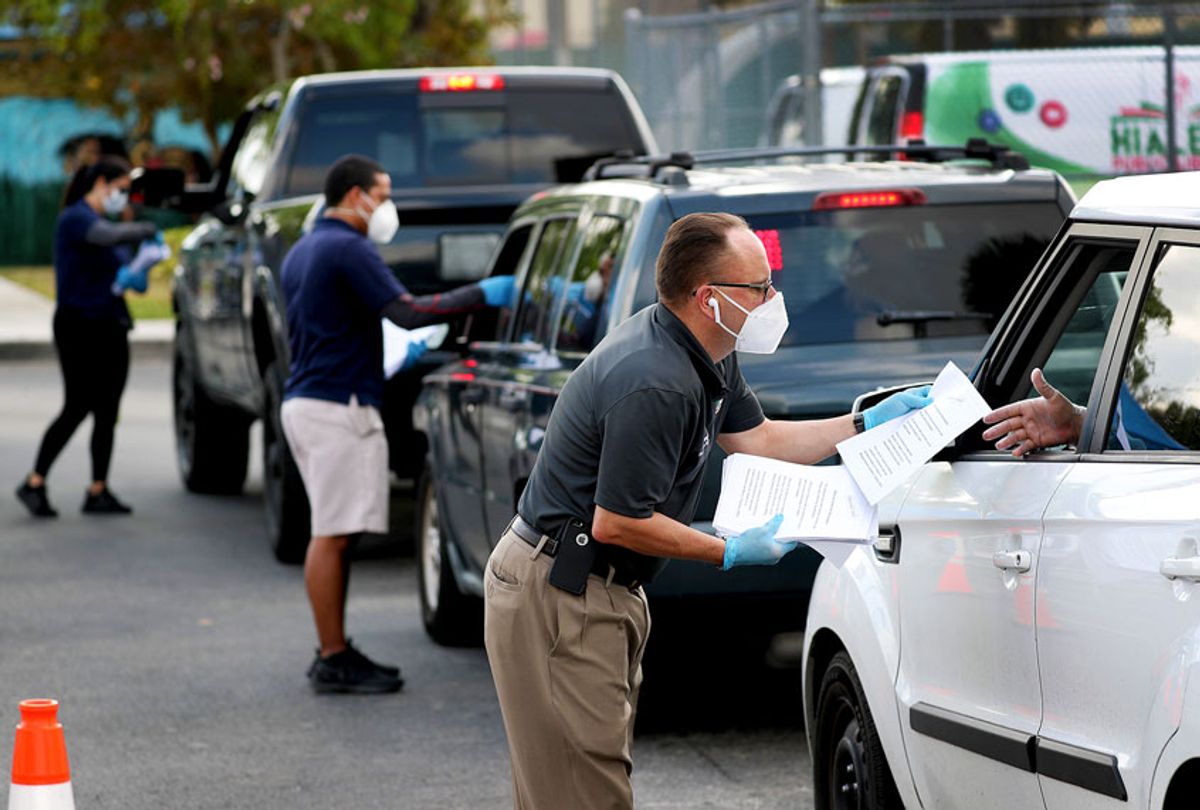 A new report from the United States Department of Labor released Thursday revealed that more than two million new unemployment claims were filed over the course of the last week, meaning the advance seasonally adjusted insured unemployment rate is 14.8 percent. That's over 5 points higher than the peak unemployment rate during the Great Recession of 2008-2009, which topped off at 9.2 percent in December 2009. Salon spoke to experts who agreed that, similar to previous recessions and depressions, the vast economic downturn is apt to have severe political consequences for the future of the United States, and is likely to push the country to the left.

The advance figure for seasonally adjusted initial claims in the week ending on May 30 was 1.877 million, according to a press release from the Labor Department. This marked a decrease of 249,000 from the previous week's revised level. On the other hand, there were only under 190,000 initial claims in the comparable week from 2019. On top of the new unemployment insurance claims, 36 states reported a total of 623,000 new initial claims for Pandemic Unemployment Assistance. In total, 21.5 million people are collecting some form of state benefits.

America is now experiencing its highest level of unemployment since the Great Depression, a cataclysmic economic event that began almost a century ago during the presidency of Herbert Hoover.

Salon talked to Allan Lichtman, a political historian at American University whose book "The Keys to the White House" has helped him correctly predict the last nine presidential elections, about the political implications of the continued major rise in unemployment claims.

"The usual political ramifications, leaving aside the electoral ramifications, are that economic downturns (particularly severe ones) are pivot points for economic reform," Lichtman told Salon. "The greatest economic reforms we've ever seen, of course, occurred during the Great Depression of the 1930s." He noted that the onset of the Great Recession in 2008 brought about similar reforms, albeit of a smaller magnitude, with the most notable being the passage of the Affordable Care Act in 2010.

"We're already intensely polarized as a country — people's partisan preferences can influence everything from their shopping habits to dating life — but if the economic situation worsens, it certainly opens the door for radicalization," Coleman told Salon by email. "When the economy suffers, voters tend to be more open to anti-establishment or populist candidates: during the Great Depression, Huey Long with his 'Every Man a King' slogan tapped into that sentiment, and was seen as a threat to Franklin Roosevelt."

Lichtman emphasized to Salon that he had not made a final prediction as to whether Trump or his presumptive Democratic opponent, former Vice President Joe Biden, will win in the 2020 election. His system is based on 13 "keys," a series of true-or-false statements about the state of the country during the year in which the incumbent party faces reelection. If six or more of the statements are false, the incumbent candidate will lose; if fewer than six are false, he or she will win. The system is only complicated by years in which there is a popular vote-Electoral College split.

After reiterating his qualifiers, however, Lichtman provided some insight as to how Trump's present position puts him in political peril.

"At the end of 2019 — although again, the situation was fluid — it was looking reasonably favorable for Trump," Lichtman said. "He was down four keys — party mandate (the losses in the midterm elections), scandal (being the only the third president ever impeached by the full House), lack of a foreign policy success and, of course — even though he is a great showman — he only appeals to a narrow slice of the electorate, while Ronald Reagan had incumbent charisma."

He added that "three additional keys are now in jeopardy — election year recession, the long-term economy and social unrest, as well. And if any, two of them turn against the president, he would be a predicted loser."

Coleman echoed Lichtman's analysis, writing that "Trump's electoral prospects are already sliding. Yesterday, Fox News released polls of Ohio, Wisconsin, and Arizona — three states that Trump carried in 2016 — that all show Biden with leads. What's worrying for Trump is that, for now, voters in those swing states seem to trust him more on the economy than they do Biden. What if the economy gets worse, or remains stagnant?"

Coleman argued that if voters reach the conclusion that Trump cannot successfully manage the economy, "his numbers will slide further. Even though Trump's approval has never been especially good, it's been in the low-40s for much of the past year, the Electoral Colleges gives him a path to reelection, as long as he's competitive in swing states. If he loses that advantage, it's going to be hard for him to win."

If Trump loses to Biden, it is entirely possible that America will see major economic reforms. Biden has already said that, if elected, he would try to implement a series of economic reforms more ambitious than anything passed by Roosevelt or Obama. Last month he told New York Magazine that he would want to pass stimulus legislation "a hell of a lot bigger" than the $2 trillion already invested in reviving the economy due to the coronavirus pandemic. He has advocated major public investments including creating a Pandemic Testing Board on the scale of Roosevelt's famous War Production Board, establishing a 100,000-plus worker Public Health Jobs Corps, subsidizing green businesses, forgiving federal student-loan debt at a minimum of $10,000 per person, helping cities and states financially survive during the crisis, demanding paid emergency sick leave for anyone who needs it, adding $200 a month to Social Security checks and increasing the relief checks sent to families.