New York society insiders say Ivanka and her husband, Jared Kushner, will find it difficult to return to city life 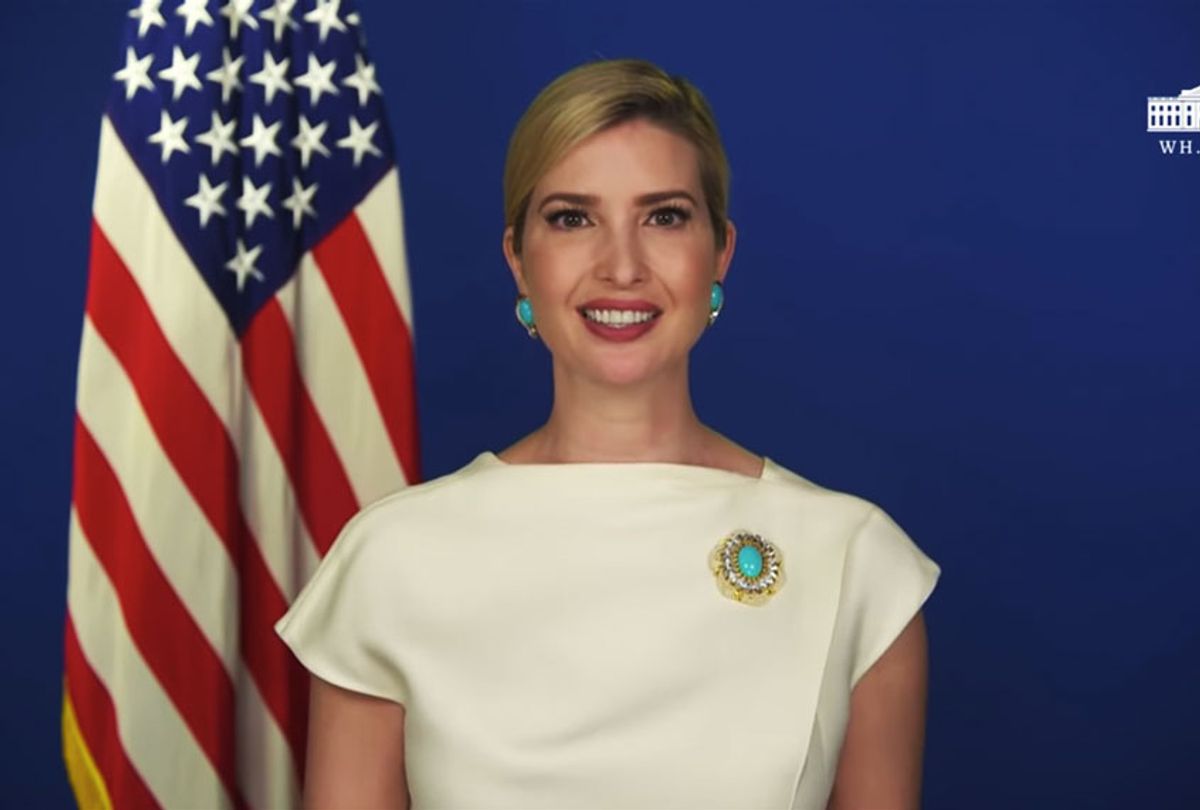 First daughter Ivanka Trump, who along with her husband Jared Kushner raked in at least $135 million during their second year of advising President Donald Trump in the White House, claimed that she was the victim of "cancel culture" after a technical college in Kansas refused to air her pre-recorded commencement speech video last week.

The school, Wichita State University Tech, said the move came in response to student and faculty raised sharp objections to the Trump administration's response to the nationwide protests against police brutality sparked by the death of George Floyd, an unarmed black man who died after a white former police officer kneeled on his neck in Minneapolis.

Sheree Utash, the school's president, apologized for the "insensitive" handling of the announcement of Ivanka's speech in a Thursday statement.

"I respect and understand the sharply-divided reaction to today's announcement," Utash said. "The college stands with those who fight injustice and advocate for social equity, and we're profoundly proud of the diversity and social change being brought forth by our students, alumni, faculty and staff."

The only commencement speaker was Rebecca Zinabu, a practical nursing graduate from the school. WSU offered graduates the chance to watch dozens of other congratulatory messages on their own, Ivanka's included.

Ivanka released the video on her own on Twitter, where she criticized the school in accompanying tweets.

"Our nation's campuses should be bastions of free speech. Cancel culture and viewpoint discrimination are antithetical to academia," Ivanka tweeted Friday. "Listening to one another is important now more than ever!"

Secretary of State Mike Pompeo released a statement in support of the first daughter, which read: "The losers here are freedom of thought, the students and the central idea of universities as places of tolerance and learning."

But Jennifer Ray, a professor at Wichita State University and author of an open letter signed by 500 students, faculty and alumni demanding the school pull Ivanka's address, told The New York Times it had nothing to do with free speech.

"Students were able to watch the address as an optional part of the commencement materials, and Ivanka was able to get her message out to the world through her own platform," Ray said. "Our administrators made a brave decision to stand on the side of inclusiveness and solidarity."

The school extended an invitation to Trump in February, but the senior adviser to the president did not update her pre-recorded speech following Floyd's death on May 25. It centered instead on coping with the coronavirus pandemic.

"I want to say what I know we are all thinking: I wish we could be together in person," Ivanka, who took a trip to her family's New Jersey golf club in mid-April, said.

"You are a wartime graduate," she said at one point.

Trump's remarks, paired with her complaints about cancel culture — the act of pulling support for companies or public figures who do or say something objectionable — drew backlash as tin-eared pablum. It also inspired a mash-up video coupling her speech with scenes of civil unrest around the country.

"Your journey to this day did not come without challenges, sacrifices, determination, grit, sweat and likely even a few tears," Trump says, followed by a jump cut to law enforcement deploying tear gas and pepper spray on crowds.

The president has responded to the protests by vilifying far-left and anarchist groups without evidence and threatening to mobilize the military against his own citizens. Peaceful protesters gathered outside the White House were tar-gassed in order to clear the way for the president to have his picture taken holding up a Bible in front of a vandalized church. Ivanka was reportedly the mastermind behind the photo-op, and carried the Bible behind her father in a $1540 white designer handbag.

A recent Daily Beast report suggests that cancel culture is likely to follow Trump and her husband if they try to return to New York high society.

"This is a city of many, many circles, and Jared and Ivanka will be welcome in some places and unwelcome in many," Michael Gross, author of biographical books on New York's upper crust, told The Beast. "It is likely they'd encounter hisses and boos."

A friend of Ivanka's added, "The further down [President Trump] goes, there is a drag on her regardless of her role."

"I'm not sure if the Bible thing was her or [White House aide Hope Hicks'] idea, but it was f**king horrible," the friend said.