Baseless theories are being spread to derail the conversation about racism and police. Here's how to push back 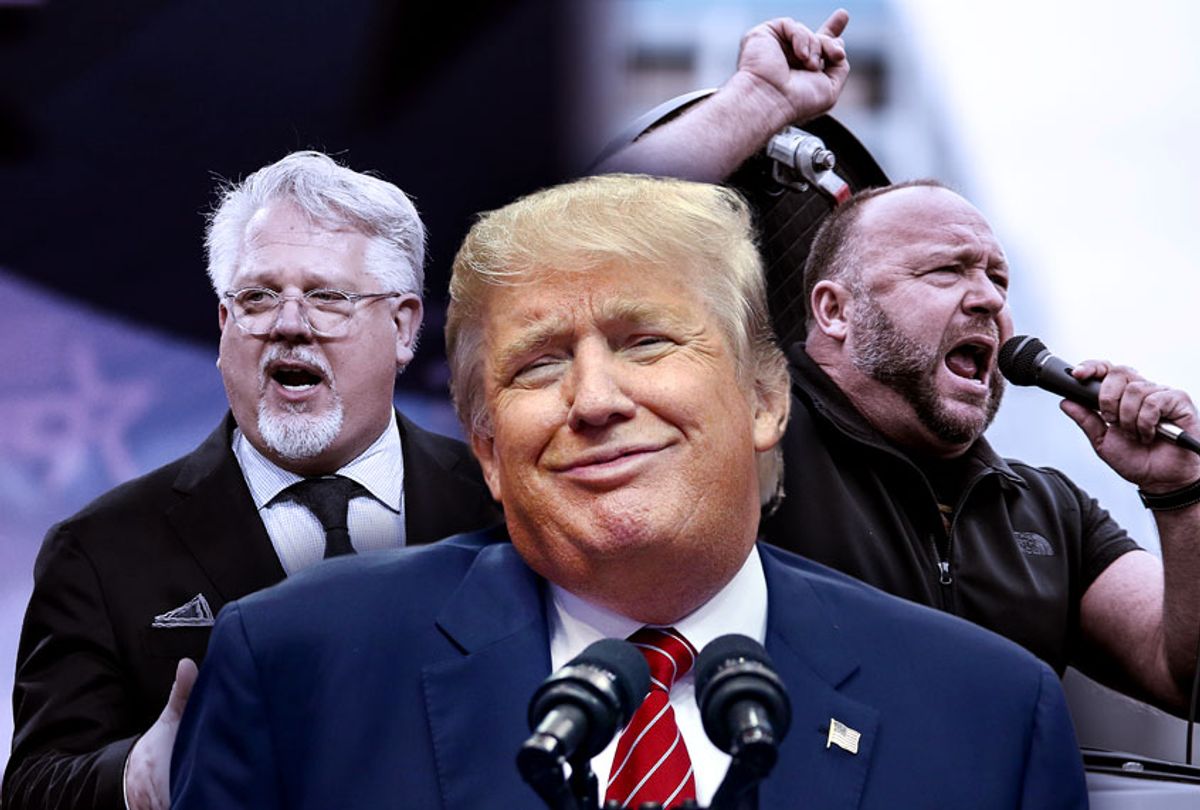 While some horrible tweets from Donald Trump are surely the result of impulsive decisions made during the president's extensive "executive time" (read: sitting on the toilet, watching Fox News), there's sadly good reason to believe that actual deliberation went into Tuesday's tweet in which Trump smeared Martin Gugino, a 75-year-old peace activist who received a horrible head injury as a result of being pushed by police during a protest in Buffalo, New York.

The tweet, which accuses Gugino of being "an ANTIFA provocateur" trying to "black out" police equipment and who "fell harder than was pushed," has one of the main hallmarks of being written by someone other than Trump, such as a White House staffer: It uses, and even correctly spells, a $5 word — "provocateur" — that is outside of Trump's extremely limited vocabulary. So while the tweet masquerades as a Trumpian outburst, allowing Republican politicians and some media figures to pretend it's not important, odds are this was not impulsive at all, but a calculated effort to float a conspiracy theory meant to discredit not just Gugino, but the larger protest movement against police brutality and racism that's sweeping the nation.

Trump and his advisors might not be the brightest bunch ever assembled in the White House — in fact, they're probably the dimmest in history — but even they understand the propaganda power of conspiracy theories. When the facts are against someone's viewpoint, conspiracy theories give them a set of "alternative facts" they can use to stick by a grotesque ideology.

That's why it's no surprise that conspiracy theories — both about the protesters and about the death of George Floyd, whose murder at the hands of Minneapolis police officer Derek Chauvin was the flashpoint that kicked off weeks of national and even international protests — have been spreading rapidly in right wing circles. The problem is only likely to get worse, as increasing numbers of Americans are opening their eyes to the grim realities of police brutality, especially against people of color, and conservative leaders get more desperate to keep the old systems in place.

On Tuesday, the CEO of the gym chain CrossFit, Greg Glassman, resigned after tape was released of a company meeting in which Glassman told employees, "We're not mourning for George Floyd," rolling out an elaborate conspiracy theory about how Floyd was supposedly murdered by Chauvin "to silence him over the counterfeit money."

The tape was released after Glassman had already drawn criticism for throwing out a bunch of incoherent tweets that suggested he possesses a Trumpian skepticism at the sincerity of progressive concerns about police brutality and the coronavirus. Glassman then turned around and echoed a narrative similar to that pushed by conspiracy theorist Alex Jones, as if there is proof that Floyd's death had nothing to do with systemic racism or police brutality.

There is one employee at the club that employed both Floyd and Chauvin as security who is claiming the two men had butted heads before. But, if true, it only reinforces the concerns of progressives that police are able to hide behind their badge to inflict senseless violence on civilians and get away with it, particularly as Chauvin was aided and protected during the alleged killing (Chauvin has been charged with second-degree murder) by three other officers.

Trump's conspiracy theory about Gugino is equally incoherent, as it requires believing a 75-year-old man would deliberately crack his own skull on a sidewalk as agitprop. But conspiracy theories don't need to be coherent. They just need to give people something to cling to in order to justify their pre-existing desire to ignore and reject the clear and obviously true claims of protesters about the racism and authoritarianism of American law enforcement. And now the number of conspiracy theories about both Floyd's murder and the protests that have resulted are multiplying.

The White House has floated a conspiracy theory accusing Venezuelan president Nicolás Maduro of secretly instigating and fueling the protests.

The Texas Tribune reports that a large number of GOP county chairs in the state have been caught spreading conspiracy theories in recent days. The conspiracy theories include claims that Floyd's death was faked, that Jewish billionaire George Soros is secretly masterminding the protests, and that both the coronavirus and police brutality are hoaxes being concocted to hurt Trump's re-election chances.

Former Fox News host and current head of a right wing media empire Glenn Beck also backed the anti-Semitic conspiracy theory that Soros is masterminding Black Lives Matter protests, and is "trying to get blacks to separate from their church."

(The idea that Jews are secretly controlling civil rights movements is a conspiracy theory that dates back to at least the 1950s, and is rooted in the racist assumption that black people are incapable of organizing a movement on their own.)

Christian right minister Dave Daubenmire, who was recently tapped to be the keynote speaker at a GOP fundraiser in Ohio, also floated the idea that Floyd's death was staged, telling viewers, "I don't even know if he's dead. Closed casket," and asking, "Has anybody seen the body of George Floyd?"

But while the more fringe right wing elements — a group that apparently includes the president of the United States — are going wild, Fox News is engaging with what is perhaps the most potent conspiracy theory of them all: the claim that the protests are being organized or escalated by a shadowy leftist Soros-funded organization called "Antifa." Hosts and contributors have boosted narratives about how "Antifa" is forming militias to take over cities and small towns, and amplified false claims that "Antifa" is stashing bricks around cities for protesters to fling at cops.

In reality, the word "antifa" is just a catch-all term for disparate groups of activists, some organized and some not, who embrace confrontational tactics against fascists and white supremacists. They aren't a touring militia of mobilized marauders and certainly aren't funded by Soros. A Reuters review shows, however, that the people who have been arrested for violent actions at protests have not been connected to left wing groups, but some have been white supremacists looking to stir things up.

If you find yourself engaging with people who are citing conspiracy theories, avoid getting in a line-by-line argument with people over a narrative's plausibility. Even getting into a fight over whether Floyd's murder was "staged" is giving in to the desire to distract from the real issues.

Instead, the better approach is to go meta. Treat it as self-evident that the conspiracy theories are false (as they often are), and instead focus on calling out conspiracy theorists for repeating baseless claims in the service of a racist agenda.

A good model to follow is that of the person who leaked the Glassman call to Buzzfeed News. Instead of trying to argue with Glassman's inanity, this anonymous person decided to simply expose his racist rant. The strategy succeeded, as evidenced by Glassman's resignation.

Rep. Alexandria Ocasio-Cortez, D.-N.Y., also provides a good model on how to deal with these conspiracy theories. Instead of trying to argue with Trump's self-evidently ridiculous theory about Gugino, Ocasio-Cortez pointed out that "everyone saw on video exactly what happened," and so there's no need to argue over it. Instead, she castigated Trump's tweet as "reprehensible" and an attack on "a 75 year old man — justice loving man".