Multiple strains of coronavirus are now circulating in the US. Here’s what that means

As the coronavirus moves around the country, it's mutating — but that isn't as bad as it sounds 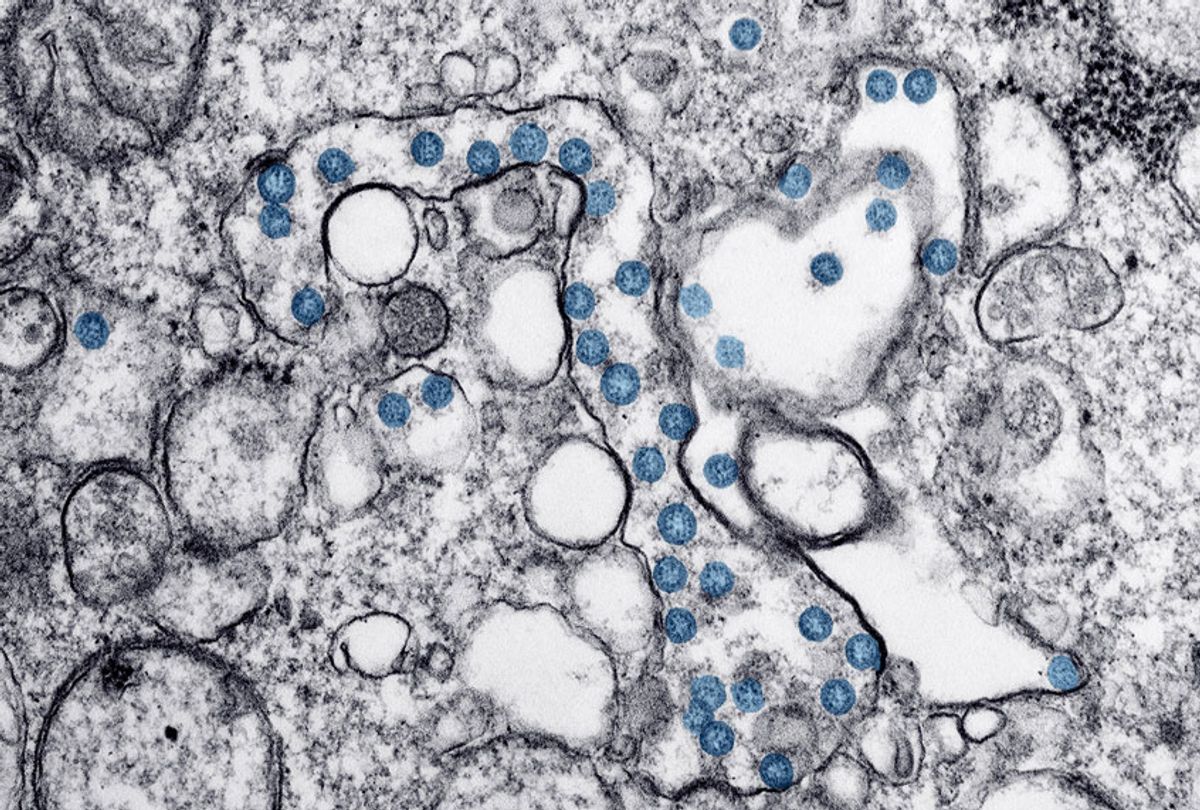 A new analysis published in the journal Science found seven new strains of the coronavirus that have been circulating in California — and that's according to a very small sample size.

Specifically, a group of international scientists looked at samples from 36 COVID-19 patients in nine California counties and the Grand Princess cruise ship from late January to mid-March. Through a phylogenetic analysis — which is when researchers study the evolutionary relationships of genes — they found at least seven different SARS-CoV-2 lineages, including the WA1 strain which has been associated with Washington state.

This is one of several studies that have taken a look at the genomics of the virus in various regions across the country to better understand its spread.

"These genomic studies help us understand how the virus got here, where it's propagated and where it kind of petered out,"  Dr. George Rutherford, a professor of epidemiology at the University of California–San Francisco who was not involved in the study, told Salon. "I think that understanding that our cases were probably imported from Washington is helpful . . . we know that there have been some cases that may have been indirectly imported from Asia, but we have a relatively small number of introductions here as opposed to New York, which had probably hundreds of introductions."

Rutherford added that it is important to note that this research was done before it was known that a woman in the Bay Area died of COVID-19 on February 6. Her death is now considered to be the first known coronavirus-related fatality in the country. While that strain has yet to be sequenced, Rutherford said, "presumably it would fit into one of these strains, but we don't know until we know."

Indeed, the analysis found that 14 of the 36 samples included the WA1 lineage from Washington state. Ten were associated with an outbreak in Santa Clara; three from a Solano County outbreak; five related to outbreaks in Europe and New York, and four related to early ones from Wuhan, China, where the coronavirus originated. Notably, on the Grand Princess cruise ship, which had at least 78 confirmed COVID-19 cases (although it is believed, according to a recent lawsuit, to be higher), 11 of the genomes sequenced for this analysis were linked to the Washington State strain.

"The chronology and phylogeny of the cruise ship outbreak, along with the predominance of the WA1 lineage in Washington State, suggest that the virus on the Grand Princess likely came from Washington State, although the cases may also have originated from a different region in which the WA1 strain is circulating," the scientists state in the published analysis.

In Santa Clara County, scientists believe the virus appeared there as part of an outbreak that happened at a large workplace facility that has "large areas of shared space, and heavy pedestrian traffic." Despite not knowing each other, four employees at that workplace experienced the onset of symptoms within two weeks of each other. One strain from a Solano County resident is the same as that observed in the Santa Clara outbreak and in a San Mateo couple. Further investigation found that the Solano County resident visited a merchant in Santa Clara, which is when that person likely became infected.

Rutherford said despite it being a small sample, he does believe that it's an accurate portrayal of how the coronavirus started to spread in Northern California, and how many strains were circulating. In other words, it is possible but unlikely there were more strains — suggesting that shelter-in-place was effective in keeping the Bay Area from being like New York City.

But what does that mean, to have more than one strain circulating within one region? And does it affect the ability to vaccinate against the virus?

"These strains are like looking at people and saying one is tall, one is short, one has brown eyes and one has blue eyes," Rutherford said. "These are small differences in the genome, and they don't necessarily mean that there are differences in infectivity, pathogenicity, in the types of symptoms they cause," he added.

Rutherford said that the severity of symptoms and how the coronavirus affects a person more likely depends on the number of viral particles inhaled, what a person's genetic makeup is, and the age of the infected person.

"These are the kinds of things that I think will drive the clinical course far more than these vary minor differences," Rutherford said.

The purpose of these studies is to create a story around how different strains were imported to a community, and tracing them back to where we know they were first introduced.

"The virus isolates out into different lineages, and so it's more than a curiosity, because it's important in helping us to understand viral dynamics, but it doesn't really have clinical significance," he said.

In April, scientists at Los Alamos National Laboratory released a paper on coronavirus strains that purported to have found "the emergence of a more transmissible form." Many media outlets, including this one, reported on the supposedly more-contagious strain circulating. Scientists have since suggested that to be an overreaction. "To say that you've revealed the emergence of a more transmissible form of SARS-CoV-2 without ever actually testing it isn't the type of thing that makes me feel comfortable as a scientist," Lisa Gralinski of the University of North Carolina told The Atlantic.

Rutherford explained that different strains are essentially a way to sort mutations into different categories by different amino acids that have been replaced within the virus' ribonucleic acid (RNA).

"All RNA viruses mutate at a relatively constant rate — you can create these genetic clocks, which means if you have two isolates you can say how different they are in terms of amino acid sequence like percentage differences, and you can correlate that to a timeframe," Rutherford said. "They'll say, 'Okay, these two must have diverged three months ago or four months ago,' so we have that capacity."

Notably, this research adds to mounting evidence though that the WA1 strain is "an established lineage of SARS-CoV-2 in the U.S.," according to the study, as it has been found in Minnesota, Connecticut, Utah, Virginia, and New York, too.

Unlike influenza, the coronavirus doesn't seem to mutate as quickly — which is good news for finding a vaccine. However, the coronavirus doesn't stop mutating as scientists play a game of catch-up in monitoring the spread. Thus, researchers concluded in their journal article that "suspension of non-essential travel may thus be necessary to prevent ongoing importation of new cases in California and other states."

Rutherford said that the main concern regarding new strains is their capacity to impede contact tracing.

"It's the fact that they can be brought in and cause new strains of transmission, which will evade our ability to detect them until somebody gets sick and gets diagnosed and then it gets recreated through contact tracing," Rutherford said.