Bakers against racism: Ovens across the country are heating up for Black Lives Matter

From Juneteenth pound cakes to virtual bake sales, kitchens have become the venue for more protests 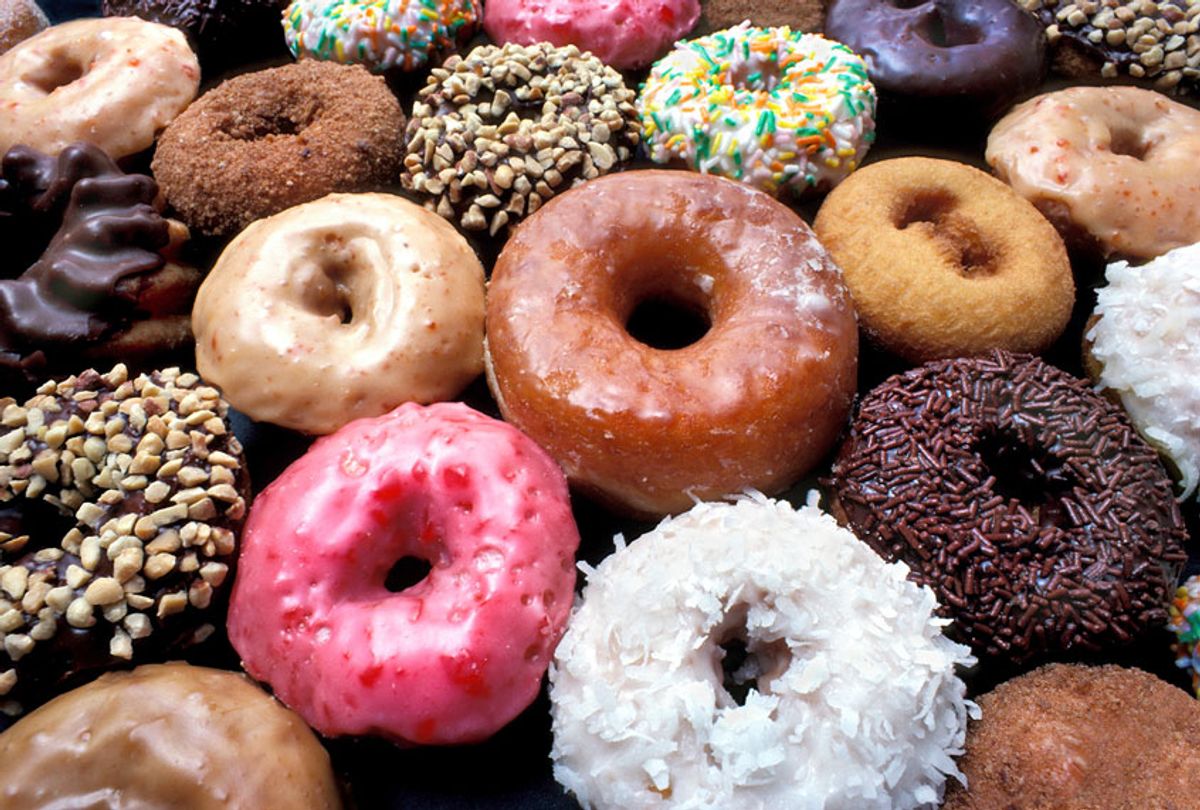 Pastry chef Simone Faure typically invites area students to her bakery, La Pâtisserie Chouquette, every year to teach them about Juneteenth, a day held in remembrance and celebration of when the previously enslaved people in Texas were freed on June 19, 1865.

But due to the novel coronavirus pandemic, Faure's bakery has only been reopened for a few days after being closed for nearly two months, and social distancing recommendations prevent her from opening her business to the public in the way that she has in past years. Yet as protesters still crowd streets across the country, demanding justice for George Floyd and Breonna Taylor, Faure felt she couldn't just cancel her Juneteenth observance.

This year, she's planning a two-day Juneteenth celebration that is a mix of virtual and in-person events, and most importantly a portion of their sales from both online and in-person purchases will go to several charities that are working to support the Black Lives Matter movement.

"We all dream of doing something," Faure wrote via email. "Whether it's bringing attention to an important cause, participating in a protest that is meaningful and inspiring or using our God-given talents to raise funds for a worthy cause. It wasn't necessarily a decision that I made. It was simply something that needed to be done."

All across the country, bakers' kitchens, including Faure's,  are now serving as stations for political protest. The particular mechanics may differ — there are Instagram bake-alongs, virtual sweet sales, and delivery programs — but the end goal is the same: bake for Black Lives Matter.

Cassandra Loftlin is a professional chef from Georgia who is participating in the Bakers Against Racism campaign. Launched by Chef Paula Velez, a James Beard Award finalist and pastry chef of Kith/Kin in Washington, D.C., Bakers Against Racism is a virtual worldwide bake sale that is raising funds for charities that support the Black Lives Matter movement.

Lofltin is one of over 2,400 participating bakers (who come from over 170 U.S. cities and 15 countries in total). The sale officially kicks off on June 15, though some have started earlier, when the individual bakers will begin accepting orders through social media; each participant is then responsible for coordinating their own pickups or deliveries through June 20.

"As a Black culinary professional and an aspiring food writer, I decided to donate all funds to Ark Republic, an independent media outlet providing original multimedia coverage, columns, art pieces, and feature stories about the African Diaspora around the world," Loftlin said.

She will be selling the pound cake she and her grandmother used to make for wedding receptions.

"Every Southern cook has what they feel is the best recipe for a pound cake. A culinary professionals and passionate home cooks, my grandmother and I are no different," Loftlin said. "When I saw the Baker's Against Racism initiative on June 5th, I decided that our pound cake was a perfect sweet treat that reflected our culture, our love of heritage recipes, and the spirit of fighting racism through food."

Because pound cakes are sturdy, Loftlin offered a shipping option, but she wasn't sure what the level of interest would be.

"I initially planned to bake one cake to sell locally," she said. "Once I announced the sale and offered to ship on social media, I expected to receive four to five orders. Currently, we have seen a surge in interest, and I expect to be baking and shipping pound cakes well into July."

Some pastry chefs are thinking beyond the typical bake sale model to raise funds for organizations that further social justice and equality. Rachel Wyman of the Montclair Bread Company in Montclair, N.J., has launched the #MBCbakealong.

The "bake-along" initially began as a way for Wyman's followers to keep busy during self-isolation, but this week, she is walking them through a coconut cake recipe and has pledged $2 for the first 250 cake entries, which will go to the National Coalition of 100 Black Women.

"I wanted to use this week's bake-along to raise funds and join the fight against racism," Wyman said. "I researched food in the Civil Rights Movement and found the story about Georgia Gilmore and the Club from Nowhere who used money earned from their cake sales to pay for gasoline and alternative transportation, making the Montgomery Bus Boycotts possible. I also learned that coconuts were not used in American baking before enslaved people in the South brought knowledge of how to use coconuts from their homelands."

Gilmore was a cook and midwife from Montgomery, Ala., whose kitchen fed the Civil Rights Movement. She mobilized Black women all over the city to sell pound cakes, sweet potato pies and plates of fried fish and greens in their own neighborhoods, offering these women a way to contribute to the cause without raising the suspicion of their white employers.

Food writer John T. Edge wrote about Gilmore in his book "The Potlikker Papers: A Food History of the Modern South."

"In the process, her home kitchen became a locus for change," Edge wrote. And it seems that bakers all across the country are following in her footsteps.