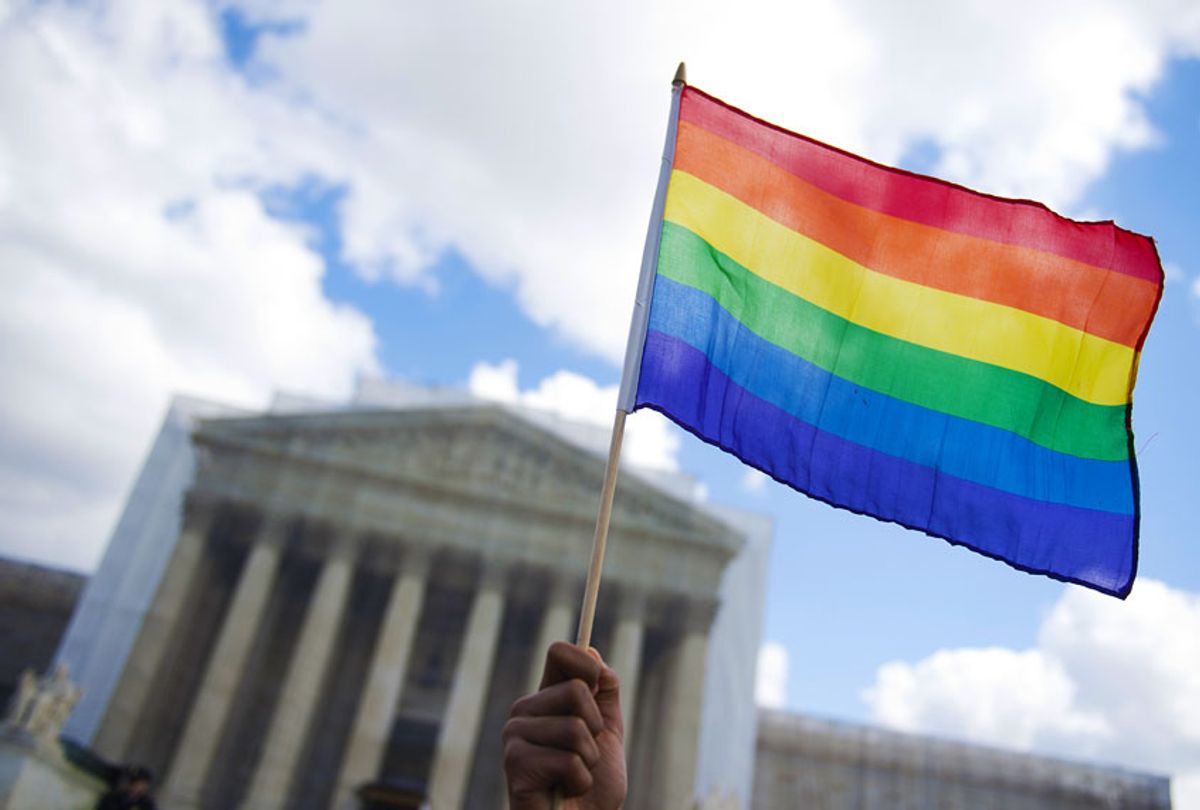 In a landmark victory for the LGBTQ movement, the Supreme Court on Monday ruled that gay and transgender workers are protected from employer discrimination under Title VII of the Civil Rights Act.

The court's four liberal justices were joined by Chief Justice John Roberts and Justice Neil Gorsuch, who was appointed by President Donald Trump, in the 6-3 decision.

"Today, we must decide whether an employer can fire someone simply for being homosexual or transgender," Gorsuch wrote in the majority opinion. "The answer is clear. An employer who fires an individual for being homosexual or transgender fires that person for traits or actions it would not have questioned in members of a different sex. Sex plays a necessary and undisguisable role in the decision, exactly what Title VII forbids."

The decision came in response to three cases. One case, R.G. & G.R. Harris Funeral Homes v. EEOC, was the first transgender rights case to come before the Supreme Court. The case centered around Aimee Stephens, a transgender woman fired by a funeral home after her employer said it would violate "God's commands" if he allowed her "to deny [her] sex while acting as a representative of [the] organization." Stephens died of kidney failure in May.

In Bostock v. Clayton County and Altitude Express Inc. v. Zarda, Gerald Bostock and Donald Zarda, who are both gay, alleged they were fired because of their sexual orientation. Bostock, a child social services coordinator, was fired after his boss learned he joined a gay softball team. Zarda, a skydiving instructor, said he was fired after telling a female client that he was gay in hopes of making her more comfortable ahead of a tandem jump. Zarda died in 2014.

The cases were the first to be heard by the court since the retirement of Justice Anthony Kennedy, who had written all of the court's majority opinions on major gay rights issues, including the 2015 ruling which effectively legalized same-sex marriage nationwide.

Prior to the ruling, most federal appeals courts had interpreted Title VII to exclude discrimination based on sexual orientation, The New York Times noted, but courts in New York and Chicago had ruled that gay and lesbian people are protected under the law. An appeals court in Cincinnati also ruled that discrimination against transgender people was barred under Title VII in Stephens' case.

The Equal Employment Opportunity Commission decided in 2015 that federal law protected the LGBTQ community from discrimination, but the Trump administration sided with employers in Stephens' case.

The timing of this decision could not be worse for the Trump administration. It just rolled out two new policies rejecting protections for transgender people under laws that bar discrimination because of sex," Slate's Mark Joseph Stern wrote. "SCOTUS basically just said the administration's theory is dead wrong."

"This decision sends an unambiguous message that equal protection under the law applies to all and that an employee's failure to adhere to an employer's gender stereotype is not a license to discriminate," Kristen Browde, the co-chair of the National Trans Bar Association, said in a statement.

Kevin Jennings, the head of the LGBTQ civil rights group Lambda Legal, vowed that the decision would provide momentum in the group's push to pass the Equality Act, a House-passed bill which would expand civil rights protections.

"Today's victory is a necessary step forward on the journey toward equal justice for all without caveats or qualifications," Jennings said in a statement. "We intend to build on the momentum created by today's decision to push for the comprehensive federal protections contained in the Equality Act, passed by the House of Representatives more than one year ago. The Equality Act solidifies the workplace protections recognized by the Court today, and critically, it also updates and expands protections in the marketplace and public services not only on the basis of sexual orientation and gender identity, but also on the basis of race, color, sex, national origin and religion in the workplace, the marketplace and beyond."