"Love, Victor" is Hulu's likable spinoff of "Love, Simon" that questions who gets a great love story 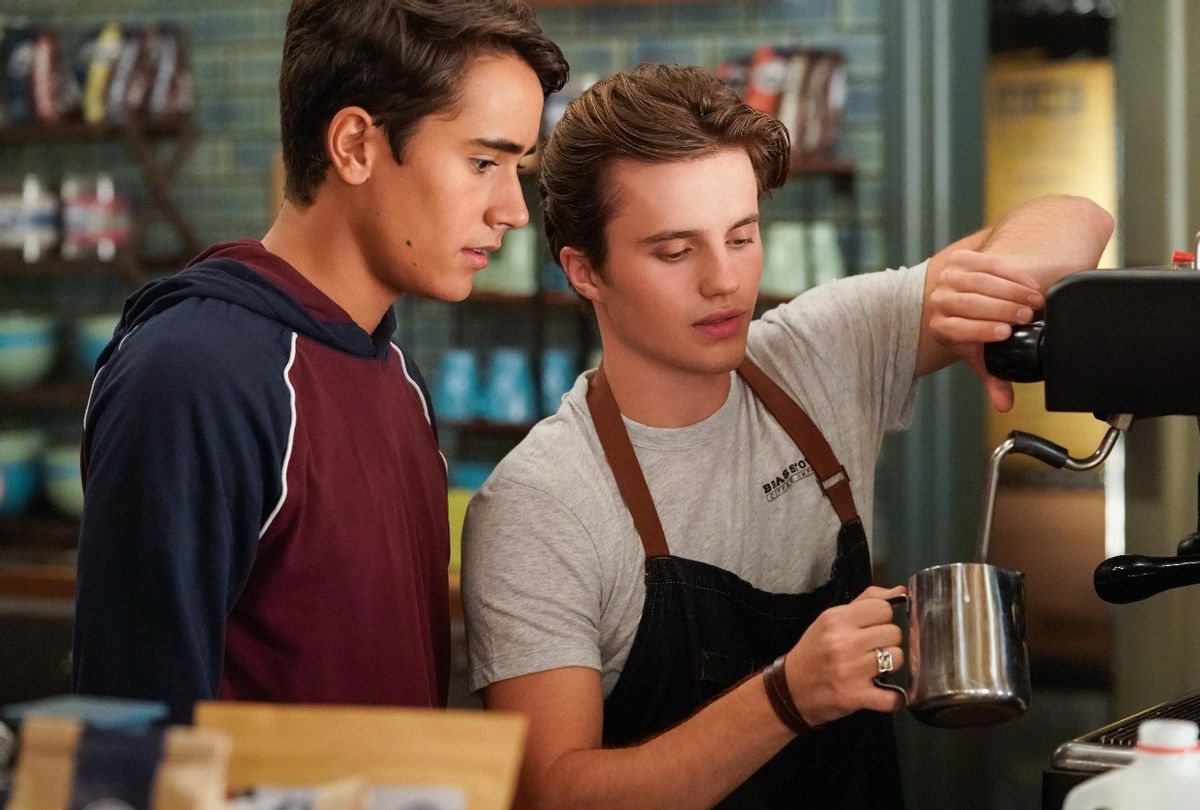 Romantic comedies, like the Disney versions of fairy tales that came before them, reliably seduce the audience with the promise of a happy ending. The reasonable person only buys into the dream to a point, if at all.

If you don't look like the heroines questing for real love – which is to say, with a few exceptions, if you aren't white and blessed with financially comfortable circumstances -- you might not relate at all.

"Love, Victor," the TV series spinoff of the film adaptation of "Love, Simon," acknowledges this from its opening moments, as Victor Salazar (Michael Cimino) sends a note to Simon, whom he has never met, explaining that he has recently moved the Creekwood, Ga., where the events of the film take place. Victor tells Simon that he heard about this fairy tale romance at school, where Simon is apparently a legend. "And I just want to say . . . screw you!"

Here is where the Hulu series announces itself as a different and more thoughtful continuation of the movie's storyline, by acknowledging and consistently interrogating the standard vision of the grand romance, where love conquers all and defeats any and all counter-spells – namely ignorance. The 2018 film, directed by Greg Berlanti, was the first major studio rom-com focusing on a gay romance. Simon, played by Nick Robinson, is a handsome, sweet white kid who lives in a gigantic home, is well-liked by his peers, and unconditionally supported by his parents.

His coming-out story has terrifying moments, mostly of the kind all films require to keep things interesting, but there's never any doubt that his love story won't end well. Victor's path to the great love story he deserves ostensibly holds no such guarantees. He's the oldest son in a highly religious working-class family of Texas transplants, and whose strict but loving father Armando (James Martinez) has casually made disparaging remarks about effeminate-presenting men in the past. And in church.

Adding in the pressure of Armando's odd emotional investment in Victor being presumably heterosexual, and the notion of Victor revealing his sexual identity to his father, let alone the rest of his tight-knit family, immediately feels far more frightening than it was for Simon. But the way "Love, Victor" plays out ensures that viewers hoping for an uplifting resolution won't be let down.

"Love, Victor" doesn't diverge too greatly from the overall feel of "Love, Simon" which, to be honest, I found to be effervescent and likable while entirely forgetting that I'd seen it. The Hulu adaptation handily includes a few scenes from the movie, mainly its climatic Ferris wheel kiss.

Spoiler alert: everything works out just fine the kid.

To be clear, though, Simon harbors his own terror surrounding coming out in the film. But the fact that he emerged unscathed and stands as proof that some kind of happily ever after is possible allows him to offer gentle support and guidance to Victor from afar, via text (conveyed in Robinson's voiceovers), encouraging Victor to be true to himself regardless of what he does.

Lest this read as if I'm describing some kind of tragedy in the making – I mean, please. Its 10 episodes were originally intended for Hulu's sister streaming service Disney+, the home of Cinderella and Snow White and all manner of princes charming.

The gentle means by which "Love, Victor" unfurls is as far from angsty as one could imagine, much in the same way the film avoided major moments of unease. It also expands upon the film's plot by granting as much complexity and consideration to the people surrounding Victor as it does to Victor's ginger exploration to figure out where he may land on the Kinsey scale. 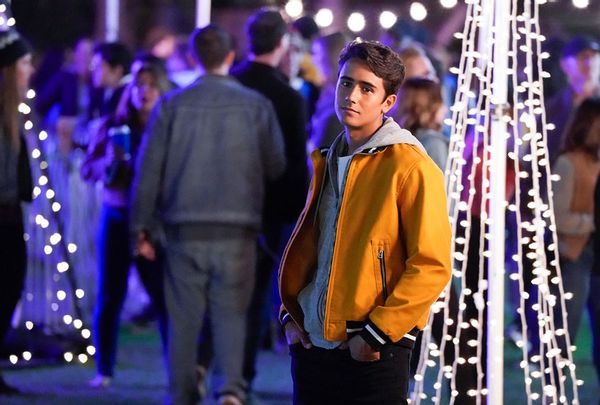 Victor's search to figure out who he is and who he loves is designed to be our primary fixation, and Cimino is demonstrably nuanced in his portrayal. It also helps that the kid is supernaturally telegenic, emphasized by the director of photography's skillful lighting. Ditto for his cosmetically flawless crush Benji (George Sear), a boy who works in a coffee shop and is, of course, a guitar-strumming singer songwriter.

What may throw the audience, perhaps only by a bit, is the show's obvious effort to blend family drama into the format of the single character-centered romance.  Had the series created by Isaac Aptaker and Elizabeth Berger not chosen to focus specifically on a Latinx teen recently transplanted from Texas, the series could have been titled "Love, Generally" and be technically accurate in its description.

This wider scope fits what appears to be the overall aim of the series, which is to interrogate the common expectations attached to "the great love story."

All lasting relationships require patience and a willingness to endure mistakes and missteps, a truth Victor's mother Isabel (Ana Ortiz) explains to him and demonstrates by way of a palpable strain between her and Armando.

Victor's sullen and contentious sister Pilar (Isabella Ferreira) suffers from a case of fleeting adolescent passion mistaken for true love. The first person Victor gets to know at his school, Mia (Rachel Naomi Hilson) happens to be the hottest girl at Creekwood and the object of a lot of inaccurate assumptions. With the exception of the rockiness between the Salazar parents, each of these subplots progresses with a sense of lightness and sincerity that ensures none of the half-hour episodes drag. Victor initially does his best to redirect his feelings for Benji toward Mia, but he can only pretend up to a point and, thankfully, what occurs between them afterward is equally as satisfying.

I also can't help wishing that "Love, Victor" was bolder in playing with the audience's assumptive gaze. Victor's Latinx heritage is apparent but rarely placed in the front seat of the conversation. If anything his main trepidation to coming out has to do with his family's religiousness, but this is implied as opposed to explicitly explored.

Victor eventually meets Simon in New York City, which serves equally as a wish-fulfillment and shopping experience in terms of learning about commonly held prejudices concerning how gay men act or present. This is mostly a display piece for the audience instead of a tool of enlightenment for Victor, who returns to his regularly scheduled closet-hovering and internalized insecurities once he's back in Creekwood.

There are far worse evaluations one could assign to a series than being harmless and kind, like a boy your mother would love you to date, which both Victor and "Love, Victor" prove to be.

It never gives up on its original mission statement that happy endings aren't as easily attained and painless for most of us as they might appear to be in various legends. Neither does it deflate the notion that everybody deserves them, a token of optimism worth holding close to the heart and maybe even binging upon, depending on your mood. Nice is fine, and we could use more of it. In that regard, "Love, Victor" meets those expectations.

All 10 episodes of "Love, Victor" are currently streaming on Hulu.