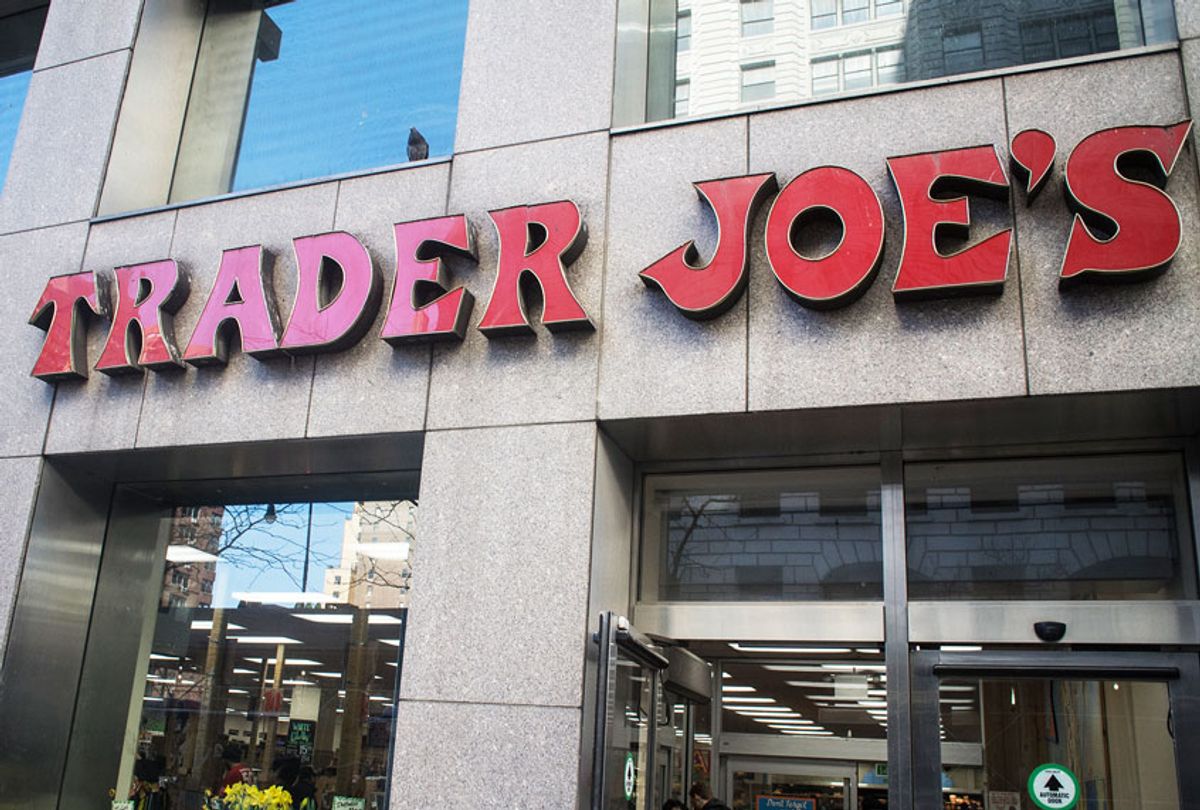 On the afternoon of Friday, June 12, grocery shoppers who frequent the Trader Joe's on Capitol Hill in Seattle were met with an unexpected sign posted to the front door. "Today, our store closed at 1pm," the sign read. "The store will be closed indefinitely starting 6/13/2020."

The announcement came as a shock to many in the community who were familiar with the ever-popular grocery store in one of Seattle's trendiest neighborhoods. Yet no one was more shocked than the Trader Joe's workers at 1700 Madison Street, also known as Store 130. To them, the announcement was suspect — particularly given that dozens of the store's clerks had, that very week, asked permission to take time off to attend Black Lives Matter protests. Something did not add up.

Workers Salon spoke to explained that early last week, dozens of the store's employees planned on attending a Black Lives Matter protest on Friday, June 12. Erin Or, who has worked at the store since October 2018 as a crew member, told Salon in an interview that she was approached by management on June 11 asking if she was going to participate in the Friday protest. The question came as other coworkers were coordinating with management to figure out how to reschedule staff who had been scheduled to work that day, but planned to take time off to protest.

"We were told that our participation would be kind of an excused absence, and we wouldn't be punished or anything for going to the protest — and like I said, myself and others were directly approached by management," Or explained. "It was like this idea that 'this is okay, we want you to go, that this is something you should do, and it's good to support this movement.'"

Peter Strand, who has worked at the store as a crew member for over a year, said there were no signs that management seemed "irked" about people taking the day off to protest.

"They definitely were like, 'we just want to know so we can plan for it,'" Strand said.

Or said other crew members had discussed attending the protest earlier in the week, to give management time to organize for absences. On Friday, Or, along with other colleagues, received an email with similar wording to the sign posted on the door that has been viewed by Salon: the store was closed "indefinitely" starting on Friday.

"A lot of us were really confused," Or said. "It seemed to be a direct result of us attending the protest."

An online petition circulated to save the store and restore jobs. Within 24 hours it garnered more than 19,000 signatures. Today it has 24,000.

"In the past, we have pulled Crew Members from other locations, in response to staff shortages, but in those instances, the shortages were expected or planned," Friend-Daniel said. "In this case, it was not planned."

According to Friend-Daniel, while the store was closed on Friday, the company thought it was a good time to address "safety and security concerns at this store have been top of mind for the past year."

"After the closing, and while the store was closed, we felt it was a good time to evaluate how to best address those concerns and what would be the best plan moving forward, as it is our priority to provide our Crew Members and customers with a safe shopping environment," Friend-Daniel said. "On Friday we were not yet certain what steps would need be taken to address the concerns and/or how long with [sic] would take."

She added that they will be making several changes to the store, including "reworking the flow and changing how customers enter and exit the store."

"As is always the case during any unexpected store closure, we are continuing to pay our Crew Members for their scheduled shifts during this time," Friend-Daniel said.

Yet employees attest that an unannounced, surprise remodel is unprecedented for the company, and makes no sense. Or tells Salon that, in the past, store closures were described with very specific language, not vague pronouncements like the one observed that suggested that employees might be suddenly laid off.

"We all thought we were about to lose our jobs," Or emphasized, adding that she believes it is possible that the workers' involvement in protests could have signaled to corporate that this store is a "hotbed" for organizing efforts that could eventually lead to unionization. "We had some organizing efforts before the protests had happened," Or added. (Salon wrote about pandemic-related labor issues at Trader Joe's last month.)

Such a suspicion would not be unprecedented for a corporation like Trader Joe's. Many grocery store corporations are adept at using observational evidence to predict when workers are likely to organize and form a union. Amazon-owned Whole Foods uses a "heat map" to score their different Whole Foods stores and determine which are at highest risk of unionization.

Indeed, Or's sentiments echo the office statement from the organizers at the store.

"What they really mean when they cite 'personnel issues' is that they saw our store as a hot spot for worker organizing," their statement reads. "TJs corporate has aggressively squashed worker organizing for years and has a long record of retaliation."

Strand said he had never heard any news of a remodel before Monday, June 15.

"From my perspective that's a smokescreen and an effort for them to sort of regain control of the narrative," Strand said. "Prior to Friday, they changed up their language, you know — from Friday calling it an 'indefinite closure' to Monday calling it a 'temporary closure.'"

Workers who protested are still living in limbo. Strand told Salon that workers have yet to receive any assurance that they will be welcomed back after the update.

"We've heard that the store manager will be reaching out to each of us, one by one, and we'll have kind of like a one on one discussion with us," Strand said. "We haven't received any assurance that we won't be retaliated against for organizing and we haven't received any assurance that we will in fact be that all of us will be welcomed back to the store — because that's really what we want is for all of us to have the opportunity to come back."