The affluent are consuming the planet to death: study

A study argues that it is not enough to invest in green technologies; the world's affluent must stop overconsuming 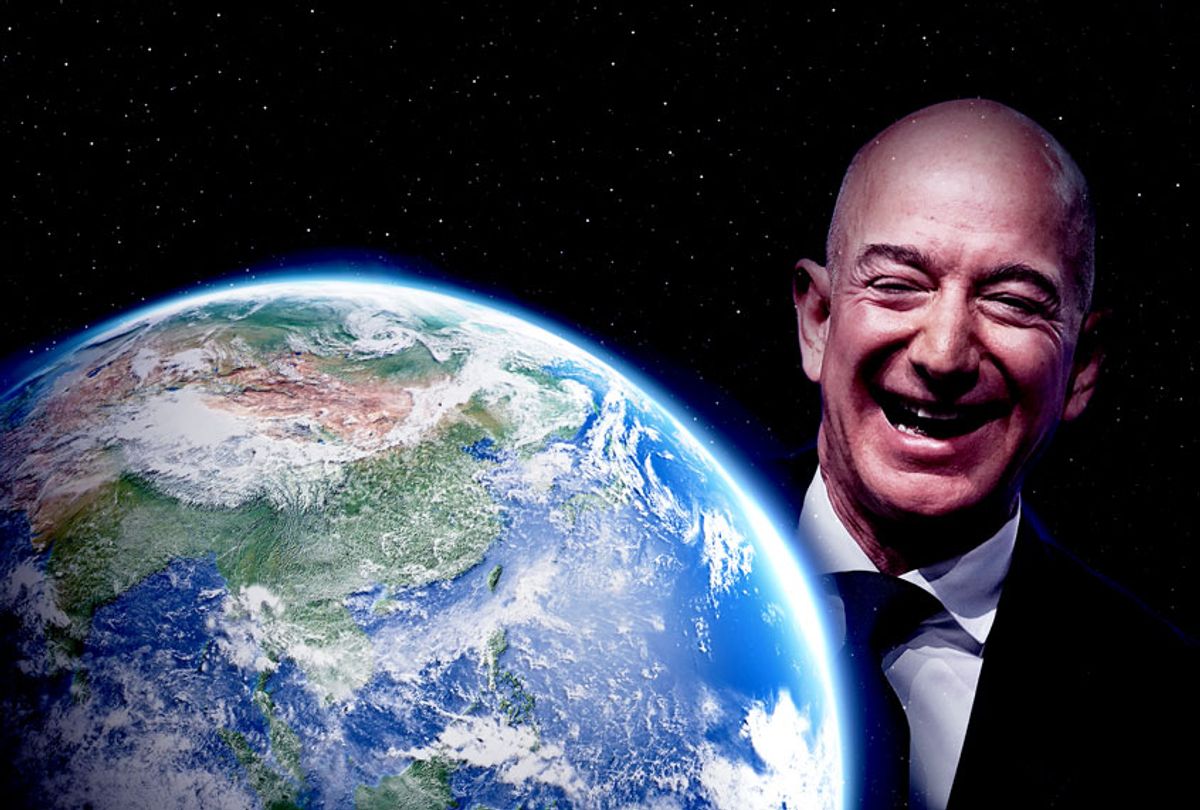 A new study published this month in the academic journal Nature Communications argues that, despite all of the talk about using green technology to address man-made environmental problems, the only way for human consumption to become sustainable is if we rein in the affluent.

"The key conclusion from our review is that we cannot rely on technology alone to solve existential environmental problems – like climate change, biodiversity loss and pollution – but that we also have to change our affluent lifestyles and reduce overconsumption, in combination with structural change," Professor Tommy Wiedmann from the University of New South Wales Engineering told that college's newspaper regarding the study.

The paper itself argued that "the affluent citizens of the world are responsible for most environmental impacts and are central to any future prospect of retreating to safer environmental conditions." The authors added that "existing societies, economies and cultures incite consumption expansion and the structural imperative for growth in competitive market economies inhibits necessary societal change" and advocated "a global and rapid decoupling of detrimental impacts from economic activity," pointing out that the efforts made by global North countries to reduce greenhouse-gas emissions are "highly unlikely" to occur rapidly enough on a global scale to stave off catastrophic environmental impacts.

"This is because renewable energy, electrification, carbon-capturing technologies and even services all have resource requirements, mostly in the form of metals, concrete and land," the authors point out. "Rising energy demand and costs of resource extraction, technical limitations and rebound effects aggravate the problem."

In other words, the world's poorest have a negligible effect on overall environmental devastation; focusing on their consumption or behavior is a fool's errand when it comes to environmental policy.

"Considering that the lifestyles of wealthy citizens are characterised by an abundance of choice, convenience and comfort, we argue that the determinant and driver we have referred to in previous sections as consumption, is more aptly labelled as affluence," the authors point out. They advocate reducing avoiding or reducing consumption "until the remaining consumption level falls within planetary boundaries, while fulfilling human needs," with the wealthy abstain from purchasing overly large homes and secondary residences, large vehicles, excessive quantities of food, and engaging in leisure activities that require a great deal of flying and driving.

The authors also argue for consumption patterns "to be shifted away from resource and carbon-intensive goods and services, e.g. mobility from cars and airplanes to public buses and trains, biking or walking, heating from oil heating to heat pumps, nutrition — where possible — from animal to seasonal plant-based products." In addition, they call for "the adoption of less affluent, simpler and sufficiency-oriented lifestyles to address overconsumption — consuming better but less." This approach would need to include "addressing socially unsustainable underconsumption in impoverished communities in both less affluent and affluent countries, where enough and better is needed to achieve a more equal distribution of wealth and guarantee a minimum level of prosperity to overcome poverty."

The authors acknowledged that there are several schools of thought regarding how to best meet these goals.

"The reformist group consists of heterogeneous approaches such as a-growth, precautionary/pragmatic post-growth, prosperity and managing without growth as well as steady-state economics," the authors write. "These approaches have in common that they aim to achieve the required socio-ecological transformation through and within today's dominant institutions, such as centralised democratic states and market economies." By contrast the second group, which is "more radical," posits that "the needed socio-ecological transformation will necessarily entail a shift beyond capitalism and/or current centralised states. Although comprising considerable heterogeneity, it can be divided into eco-socialist approaches, viewing the democratic state as an important means to achieve the socio-ecological transformation and eco-anarchist approaches, aiming instead at participatory democracy without a state, thus minimising hierarchies."

Salon interviewed several scientists and scholars earlier this month about how the coronavirus pandemic has illustrated many of the sustainability problems inherent in capitalism. One problem with capitalist economic systems is that they rely on constantly increasing consumption in order to maintain periods of prosperity. If unexpected disasters interrupt that consumption — such as the pandemic requiring an economic shutdown — the whole system grinds to a halt.

"Going with the structural metaphor concept, there always huge cracks underneath the facades of capitalism, and the huge weight of this pandemic has widened those cracks," Norman Solomon, co-founder and national coordinator of RootsAction.org and a Sanders delegate to the 2016 Democratic National Convention, told Salon. After pointing out how the poor wind up being hurt the most, he added that "the entire political economy is geared to overproduction and over-consumption to maximize corporate profits."

Michael E. Mann, a distinguished professor of atmospheric science at Penn State University, told Salon that "I think that there are larger lessons and messages here about the sustainability of a global population of nearly 8 billion and growing people on a planet with finite resources."

He added, "And what COVID-19 has laid bare is the fragility of this massive infrastructure which we've created to artificially maintain consumption far beyond the natural carrying capacity of the planet. And continued exploitation of fossil fuels, obviously, is inconsistent with a sustainable human society."