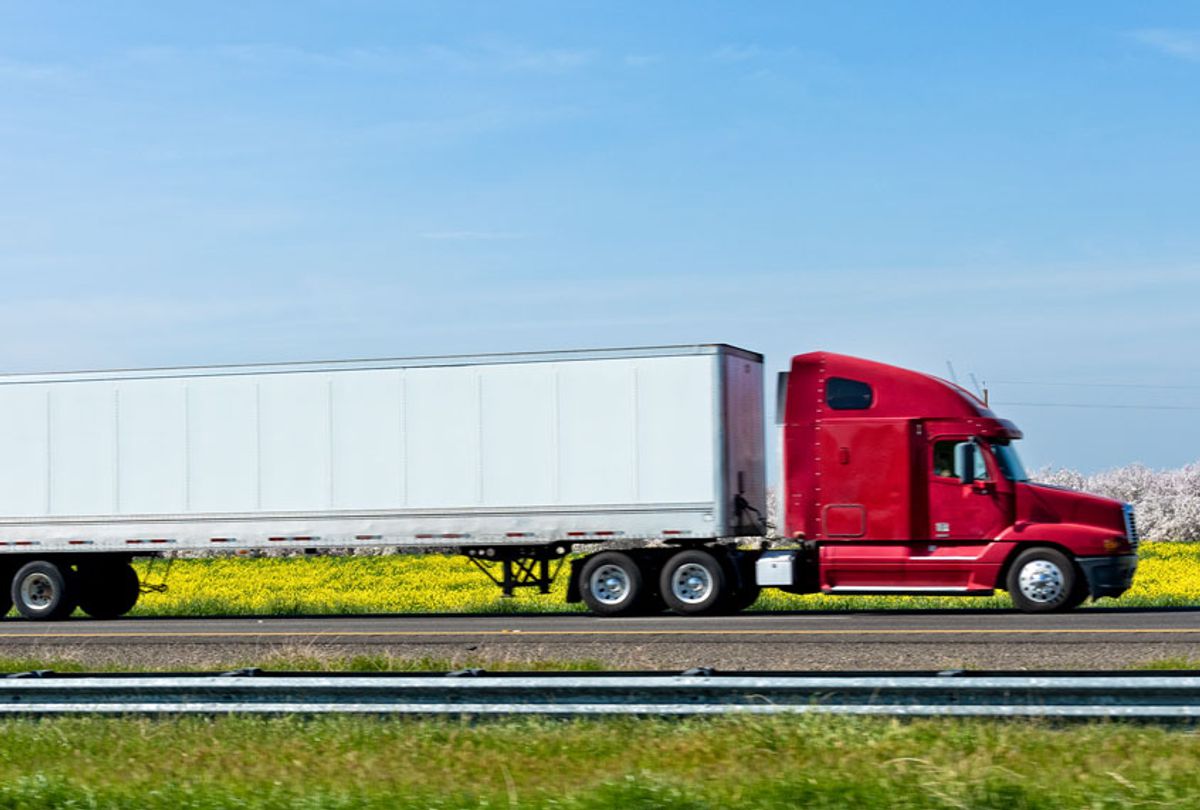 California just made history by becoming the first state to pass a rule requiring manufacturers of diesel trucks and vans to transition into all-electric sales by 2045.

The California Air Resources Board (CARB) voted in favor of the provision during a virtual meeting after hearing from more than 100 speakers, according to the Fresno Bee. Known as the Advanced Clean Trucks Rule, the rule aims to have electric zero-emission trucks on the road by 2024 and to have nothing but electric zero-emission vehicles by 2045.

"Many California neighborhoods, especially Black and Brown, low-income and vulnerable communities, live, work, play and attend schools adjacent to the ports, railyards, distribution centers, and freight corridors and experience the heaviest truck traffic," the CARB explained in a statement. "This new rule directly addresses disproportionate risks and health and pollution burdens affecting these communities and puts California on the path for an all zero-emission short-haul drayage fleet in ports and railyards by 2035, and zero-emission 'last-mile' delivery trucks and vans by 2040."

In addition to helping minority and low-income communities, the rule will also help California meet its climate change goals.

"Trucks are the largest single source of air pollution from vehicles, responsible for 70 percent of the smog-causing pollution and 80 percent of carcinogenic diesel soot even though they number only 2 million among the 30 million registered vehicles in the state," the CARB pointed out in its statement.

"The regulations were necessary to meet the goals that have been established by both our board and the governor to reduce our greenhouse gas emissions, but also to meet federal air quality standards and to protect people's health," Tony Brasil, chief of the transportation and clean technology branch of CARB, told Salon.

Karen Cesar, information officer at the board, said that there were some interest groups which expressed opposition to the new regulation.

"The engine manufacturers, the manufacturers who are going to have to build vehicles, support the idea of going to electric vehicles over time, but they would have preferred that we do a regulation requiring fleets to purchase the trucks instead of requiring the manufacturers to produce them," Cesar explained. Brasil added that the board plans on passing a future regulation to address those concerns.

"We are going to come back with another regulation that will require the fleets to purchase the trucks that manufactured, but that won't be likely for another year or two," Brasil explained. He told Salon that "it's being developed now and it will be phased in over time. So it won't be like these businesses have to go out tomorrow and transition fully to an electric fleet. It will be transitioned over time."

"We will also need to have policies that wisely balance competing interests based on some sort of rational analysis of the facts. No energy technology is without its downsides," Ken Caldeira from the Carnegie Institute for Science's Department of Global Ecology told Salon in 2018. "This can't happen only in the United States or Europe. The whole world needs to develop based on near-zero emission technologies, and so would need to enact similar policies. . . . with so many demands on limited resources, and such inequitable distribution of wealth, this remains a challenge."