From "The Last Dance" to "The Old Guard," here's what is coming to Netflix in July

Quarantine is not ending anytime soon, and neither are Netflix's offerings of comedies, dramas, docs, anime & more 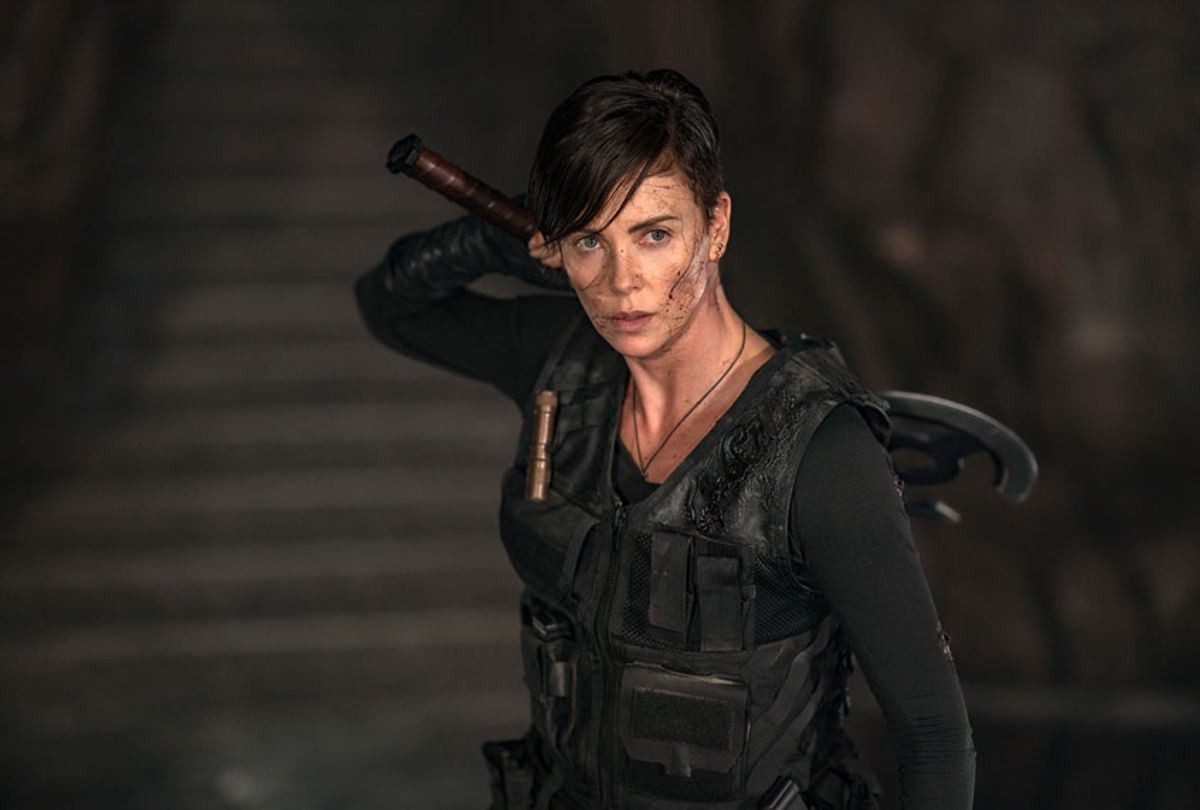 A new month means new Netflix releases — just in time for the holiday weekend, too. You can binge the reboot of "Unsolved Mysteries," capped off with a double-feature of the rom-com "Desperados" and Japanese-American horror film "Ju-On: Origins," all by the time you're nursing that Independence Day hangover.

Later this month, I'm really excited for some of nonfiction films and series coming to the streaming platform, ranging from a documentary about a beloved astrologist who mysteriously disappeared from public life, to a docuseries about seven young adults with autism who are entering the dating world, to another installment of "Last Chance U."

True crime fans, take note: "Unsolved Mysteries" is back.  The original series, which originated from a series of missing-persons specials in 1985, set the groundwork for the genre and also mobilized a generation of armchair detectives; breaking from the format of other news broadcasts,  "Unsolved Mysteries" urged viewers to call in with tips and informed theories.

This reboot fuses elements from the original series with "contemporary, immersive, character-driven storytelling." Episodes cover the experiences of everyday people who become involved in the unimaginable — from unexplained disappearances to paranormal encounters. Like its predecessor, Netflix's "Unsolved Mysteries" will rely on viewers to call in with tips in response to the clues presented by detectives, journalists, and family members.

Whom among us has not sent a cringeworthy drunken message? In this Netflix original film, that experience serves as the catalyst for an international girls' trip, after a young woman (Nasim Pedrad) and her two best friends (Anna Camp and Sarah Burns) fly to Mexico to delete a ranting email she sent to her new boyfriend. Upon arrival, they run into a former flame (Lamorne Morris), who joins up with the group.

The "Ju-On" (translated to "The Grudge") horror franchise never dies! Most of the 10 installments by Japanese filmmaker Takashi Shimizu center on a particular kind of curse that develops when a person dies encumbered with rage; that curse continues to "live" and manifest where the person died, thus endangering other people.

In "Ju-On: Origins" a paranormal researcher becomes obsessed with the search for one of these cursed locations — a home where something terrible happened long ago to a mother and her child.

"We grew up with him," Lin-Manuel Miranda says of Walter Mercado in the trailer for this Netflix documentary. "I can't think of an English-language astrologer that would command the attention of billions of households."

With 120 million viewers at his peak, astrologist Walter Mercado was a beloved enigma. With a closet that would make Liberace green with envy and words of encouragement for everyone (including Scorpios), he had a decades-long career until he suddenly vanished from the public eye. This Netflix original documentary investigates where he went.

In this television series created by Cate Blanchett, Elise McCredie and Tony Ayres, four strangers — a troubled woman, an anguished refugee, a bureaucrat and a struggling dad — cross paths at an Australian immigration detention center.

This anime series is based on the 1973 disaster novel of the same name by Japanese writer Sakyo Komatsu. Starring voice actors Reina Ueda, Tomo Muranaka, Yuko Sasaki, it follows one family whose resolve is put to the test after a series of catastrophic earthquakes devastate Japan, putting them in peril.

Based on the acclaimed graphic novel by Greg Rucka, "The Old Guard" follows a unique groupe of covert group of mercenaries — led by a warrior named Andy (Charlize Theron) — who possess immortality and have fought to protect the world for centuries.

The team is recruited to take on an emergency mission, but their powers are soon revealed and, obviously, there are some less than savory people who would like to profit. That's when Andy enlists Nile (Kiki Layne), the newest warrior to join the group's ranks, to help eliminate the threat.

"Skin Decision: Before and After," July 15

In this Netflix film — which has some serious "Fatal Attraction" vibes — Ellie (Nia Long) meets an old flame, David (Omar Epps) for a drink. However, a terrifying game of cat and mouse ensues when that drink escalates into an obsession that jeopardizes her already-rocky marriage with her husband Marcus (Stephen Bishop).

This six-part series created by filmmaker Esmir Filho is set in a Brazilian cattle-ranching town where an outbreak of a contagious infection that is transmitted by kissing shakes up the area's youth and alters the typically sluggish everyday life of the community. The series was announced in 2019, but, you know, feels pretty timely right now in the midst of our own global pandemic.

If you missed this 10-part ESPN special recently or just want to watch it again, Netflix has swooped in to provide. The series was filmed during Michael Jordan's final season with the Chicago Bulls — 1997-98 —and his quest for a sixth NBA title. The team allowed a documentary crew to follow the players and coaches throughout the season and into the playoffs, where they defeated the Utah Jazz in the Finals.

Coach Phil Jackson dubbed the time period "The Last Dance," an inspiring season that, per Netflix's description, "was marked by tension with the club's front office and the overwhelming sense that this was the last time the world would ever see the greatest player of all time, and his extraordinary teammates, in full flight."

Netflix's "Street Food" is back for a second season, shifting its focus from the vendors and community culinary institutions of Asia to those of Latin America. The newest installment will explore the vibrant street food culture of six cities: Oaxaca, Mexico; Salvador, Brazil; Buenos Aires, Argentina; Lima, Peru; Bogota, Colombia; and La Paz, Bolivia.

In this heartfelt docuseries, filmmakers highlight the ways in which finding love for young adults on the autism spectrum can be a complicated, intimidating experience. The show follows seven singles as they take their first steps into the world of dating, with the help of their families as well as experts, who provide the participants with practical advice for navigating the confusing world of seeking romance.

"Last Chance U," Netflix's Emmy-nominated series, returns for a fifth season and takes viewers to Laney College in the heart of Oakland, California. There, producer and executive producer (who was also behind the critically- acclaimed "Cheer") Greg Whiteley spotlights the school's junior college football program, who clinched the state and national championships in 2018. Can they keep up their momentum in the 2019 season and remain "Laney Built" amid injuries, stress and personal demons?

Here's the full list of what is coming to Netflix this month:

"A Kid from Coney Island"

"The Claudia Kishi Club"
"Down to Earth with Zac Efron"
"The Epic Tales of Captain Underpants in Space"
"Hello Ninja" Season 3
"O Crush Perfeito" ("Dating Around: Brazil")
"The Old Guard"
"The Twelve

"¡A cantar! (Sing On! Spain)"
"Animal Crackers"
"Dragons: Rescue Riders: Secrets of the Songwing"
"In the Dark" Season 2
"The Kissing Booth 2"
"Ofrenda a la tormenta"

"The Hater"
"Inside the World's Toughest Prisons" Season 4

"Pirates Who Don't Do Anything: A VeggieTales Movie"
"Transformers: War For Cybertron Trilogy"