#Goyaway: How Latinx chefs are offering Goya alternatives as a recipe for boycott 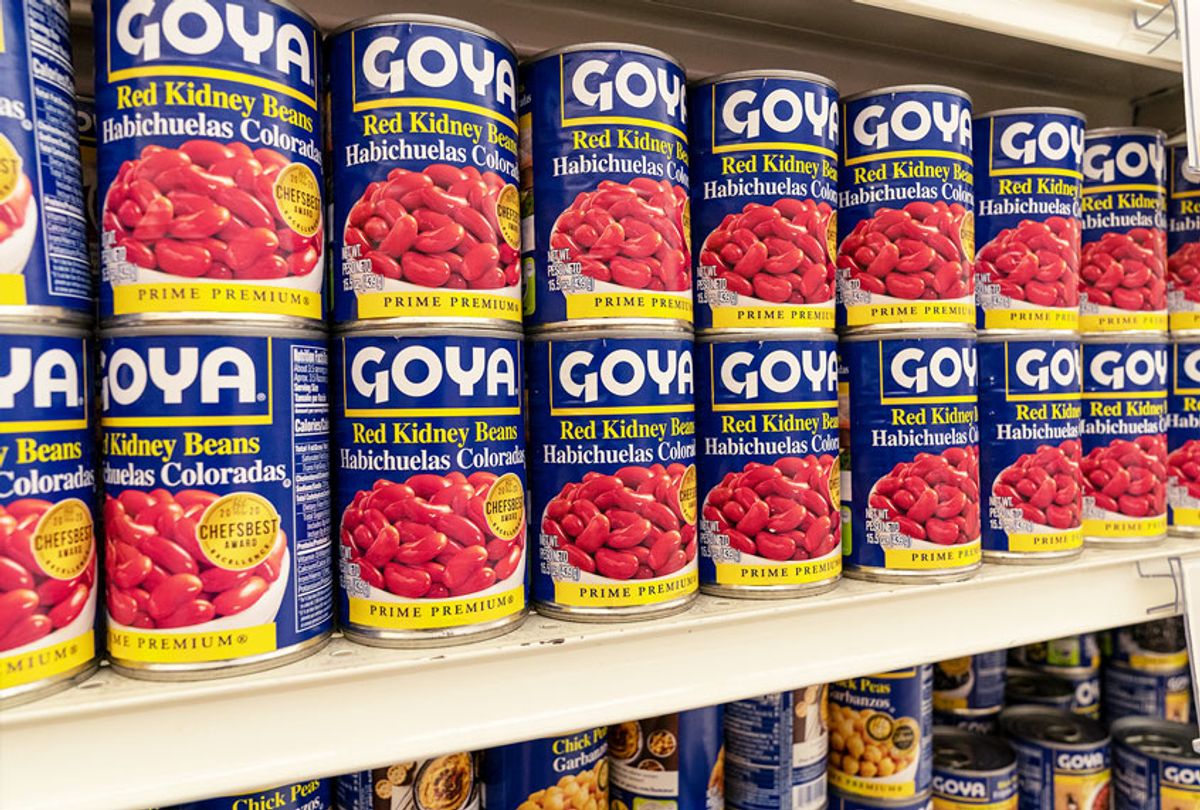 "Just had a cup of coffee and a [sic] two cans of Goya beans! Take that, libs!"

Thus tweeted KW Miller, who is running as an Independent for Florida's 18th Congressional District seat, on July 11, the day after the CEO of Goya, Robert Unanue, praised President Donald Trump during an event at the White House.

"We're all truly blessed . . . to have a leader like President Trump who is a builder," Unanue said at a press conference meant to highlight a new advisory commission on creating economic opportunities for Latinx Americans. "And that's what my grandfather did; he came to this country to build, to grow, to prosper."

Goya, which claims to be the largest Hispanic-owned company in the country (Unanue is of Spanish heritage), makes products that are standard in many Lantinx kitchens. But that's why to many it felt like a betrayal when Unanue praised a president whose policies and statements have consistently dehumanized Mexican Americans and Latinx immigrants, from calling Mexican immigrants drug smugglers and "rapists" on the campaign trail to eventually enacting immigration policies that separate children from their families at the border and detain them in cages.

The backlash against Goya was immediate. #Goyaway and #AdiosGoya began trending on Twitter within several hours of the press conference, with several high-profile celebrities and politicians encouraging a boycott. "Oh look, it's the sound of me Googling 'how to make your own adobo,'" tweeted New York Rep. Alexandria Ocasio-Cortez.

"Americans should think twice before buying their products #Goyaway," he tweeted, while in response, conservative pundits and politicians, including Ted Cruz, have started using the #BuyGoya hashtag.

The back-and-forth about Goya has launched discussions about free speech, "cancel culture" and how important it is to purchase products from creators whose beliefs do or don't align with yours. But this topic hasn't remained trapped in a stratosphere of lofty sociopolitical jargon.

A recipe for boycott

Currently, a number of chefs and home cooks are using their skills to bring these conversations to the kitchen table.

"Honestly, it felt like a really bad breakup because, for decades, my family and many others have used this brand. It has been a part of our culture, which is why I think it sparked such an uproar online," said Jeremie Serrano, a Memphis-based activist who runs a YouTube channel centered around creating plant-based versions of the Puerto Rican dishes he grew up eating.

Serrano's illustrated guides to creating homemade adobo and sazón — which can be used as alternatives to the seasoning mixes that Goya sells — went viral over the weekend as more and more home cooks were searching for Goya substitutions.

As "Hamilton" creator Lin-Manuel Miranda tweeted, "We learned to bake bread in this pandemic, we can learn to make our own adobo con pimienta.")

"While it may be difficult to be completely ethical, I thought others should know that there is power in where we spend and what we cook," Serrano said. "As a gay Puerto Rican who grew up around a diverse community of people, I have seen this administration show us that they do not stand up for us and aim to attack who we are. I knew I had to speak up."

And Serrano is just one of the people who raided their, or their abuelita's,  recipe box to share their homemade alternatives to the popular products online. A quick scan for the phrase "Goya substitutions" on social media results in a flurry of screenshots of recipes typed in the notes app — the modern index card, I suppose.

There are also chefs like Eric Rivera, who owns addo in Seattle, who have started selling Goya substitutions from their professional kitchens — a welcome source of additional income as many restaurants are still struggling to make ends meet amid the pandemic.

"I've done the sazón spice mixes for years now," Rivera said. "And it's never really been a thing because people just kinda say, 'Why would I spend that when I can go to the grocery store right now and get it?'"

But over the last 72 hours, he's received a tremendous surge in orders.

Both Rivera and Serrano say that while some people want to view food and its consumption as apolitical, being able to take that stance denotes a certain level of privilege that warrants interrogation.

"I think for the longest time, people who wanted to keep it to be not political are just white and living in a bubble," Rivera said. "When they say, 'I don't want to talk about that,' it just means they are more comfortable being silent on these topics."

And once someone's food gets to their plate, Serrano said he thinks many people forget or fail to consider the worker who grows or picks their food.

"Many times, it is a person of color or immigrant who, despite taking just as much pride in their work as others, isn't granted the privileges that many people in this country are," Serrano said. "So, whether it's the food we eat or the clothes we purchase, I think we should always question things and work to see how we might improve our means of production to create a more equitable and just society for everyone."