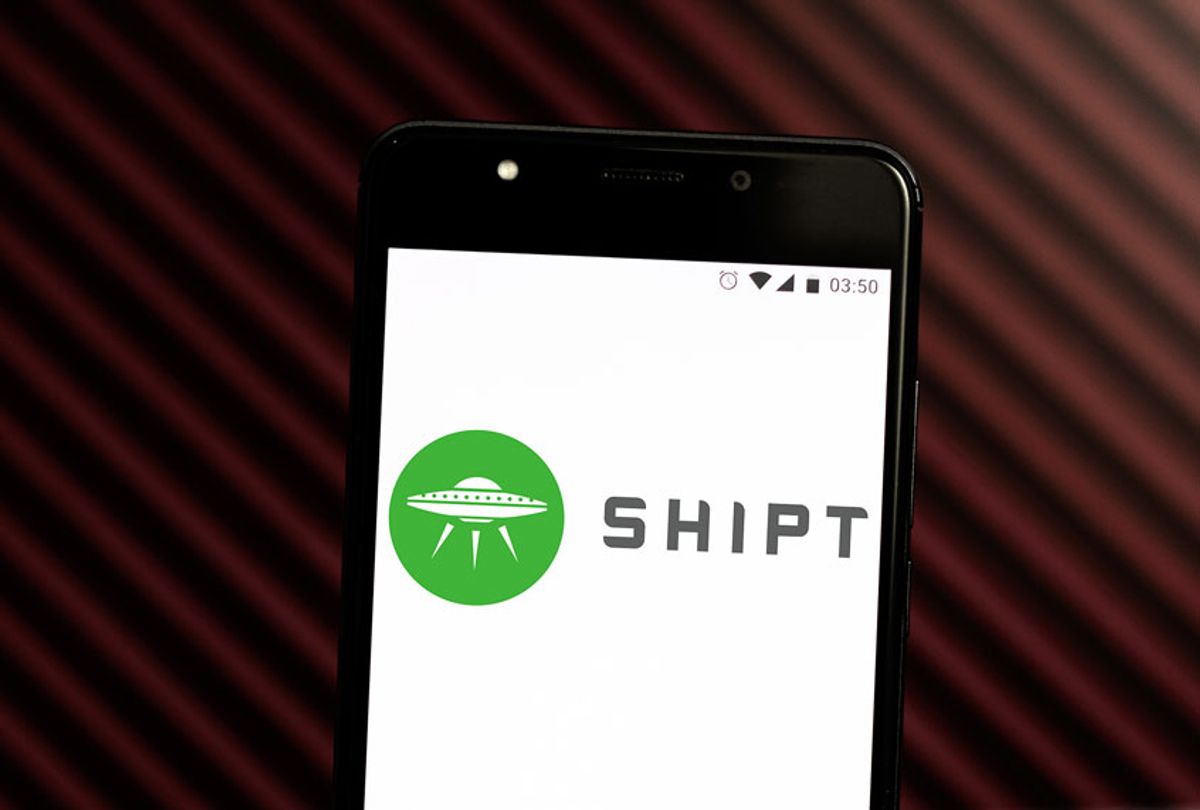 On Wednesday, a group of workers for Shipt, a grocery and retail delivery app service owned by Target, staged a walk-out in response to a new algorithmic pay model that went into effect in 12 U.S. cities. As with many platform economy jobs, Shipt relies on an army of on-demand contractors with their own vehicles and smartphone; known as "shoppers" in company parlance, these workers are given shopping orders through the app, then walk through stores picking up goods and then driving them to customers.

Yet Shipt shoppers boycotting the app tell Salon that the new pay structure is no longer transparent, and that it seems designed to cut their pay. Such opaque pay schemes are a common feature of tech platforms that rely on gig labor, as being obscure about the precise pay amount makes it harder for workers to assess if getting involved is a bad deal. Medium.com, a blogging and writing platform that pays writers who post their work, has a similarly arcane pay structure.

Shipt workers also are asking customers to boycott the app and show support, if they can.

"As a result of moving into this new pay scale our worst fears are being realized," Willy Solis, a 41-year-old shopper based in Dallas, Texas, told Salon. "The pay structure on the previous pay scale was very transparent."

Shipt is planning on eventually rolling out this pay structure to all of its cities over time. Indeed, unlike its competitor, Instacart, which has transitioned to a similar pay scale that evoked a similar response, Shipt shoppers originally were on a commission-based pay scale. Shoppers received a 7.5 percent commission on all orders plus $5; a percentage based on sales, plus dollar amount.

Shipt claims the new algorithm is better for shoppers, and that it aims to compensate them for their effort.

Molly Snyder, Shipt's Chief Communications Officer told Salon the API used "understands traffic patterns, time of day, construction" and "the complexity of the order." Indeed, these metrics in the past have been criticized by other companies that rely on gig workers, like Uber and Instacart.

"The goal in rolling out this evolved pay model is to ensure that they're being compensated fairly for the effort, the tremendous effort that they put into shopping on behalf of shift," Snyder told Salon.

But the workers who boycotted the app on July 15 didn't agree. Solis said the company sent out a visual graphic explaining that they're going to use "variables" to decide how to compensate shoppers. However, shoppers experienced glitches with the new algorithm, in addition to between 30 percent to 75 percent pay cuts on some orders.

"There's no way for them to control or to be able to use a variable to know how many people are in the store, how much shop time it's going to take us," Solis said. "The shop time that they have calculated is always wrong."

Solis said that this morning he heard from a shopper that the estimated shop time was an hour and ten minutes for a very quick shop, emphasizing that the miscalculations can go either way. Solis said shoppers have been expressing their concern about the new pay structure since February. Wednesday's action is the third workers have taken action against the company. Solis said shoppers have been sending emails, making phone calls, and in some cities have even had in-person meetings with Shipt representatives to voice their concerns.

Joshua B., a 34 year-old in Scottsdale, Arizona, participated in the walk-out even though Scottsdale isn't one of the affected markets —yet.

"it's important to stand with t he other shoppers whose pay is getting cut, and I know for all of us who are still on v1 [pay version 1] it's only a matter of time before we get our pay cut out from underneath us," Joshua, who asked to keep his last name anonymous for fear of retaliation, told Salon.

Snyder told Salon that based on the earlier roll-out of the pay structure a "vast majority" of shoppers' pay went up.

"Pay actually either stayed the same or in some cases went up a little bit, and in some cases they did go down but the vast majority was the same or up," Snyder said.  "It is easy to look at one order where your pay went up dramatically or one word went down, that is really not kind of the way we would encourage people to think about it, this is an overall view of how people are paid."

As reported by Gizmodo in February, Shipt shoppers in small metro areas like Kalamazoo, Michigan, where the new pay model was being tested, had a different experience with the algorithmic-based pay model. Shipt shoppers said they experienced in some cases pay cuts up to 50 percent, which churned out less than respectable wages. Gizmodo reported that Shipt shoppers attributed the corporatized change in culture to the departure of founder Bill Smith. Target bought the platform in late 2017 for $550 million.

Solis added that in the private Facebook group for Shipt shoppers, managed by Shipt, that the company has been censoring and deleting comments from workers "advocating for transparency" around the pay scale.

In terms of how long the boycott will last, Solis said there's a "strong momentum" to keep it going, but that workers need to eat and will have to soon get back to work.