In an upset to Big Pharma, the most promising coronavirus vaccine comes from the public sector

The pharmaceutical industry is salivating over the prospect of a coronavirus vaccine. Oxford may beat them to it 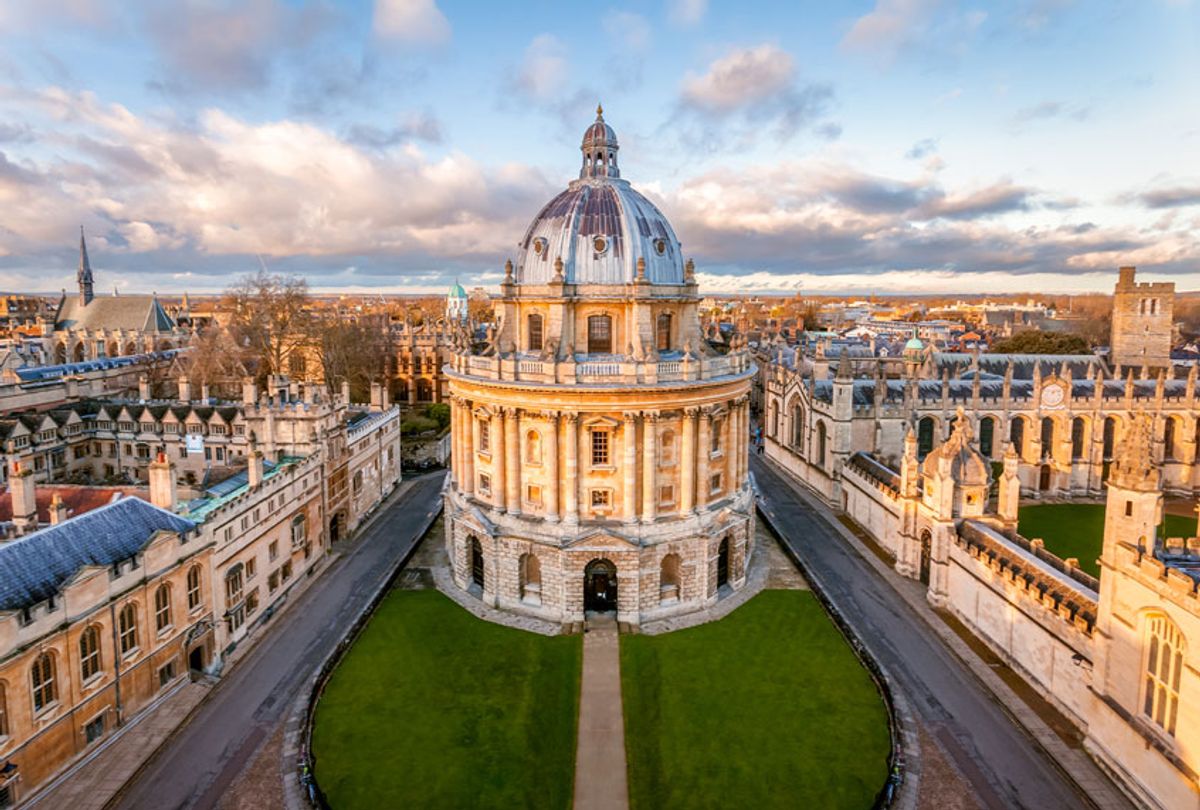 Hundreds of pharmaceutical companies have mobilized thousands of workers and millions of dollars to produce a coronavirus vaccine as fast as humanly possible, lured by the promise of tremendous revenues for a vaccine that much of the populace would get. Yet the most promising vaccine candidate — "months ahead" of the competition (as Bloomberg Businessweek's headline blared) — comes from the public sector: specifically, the lab of researcher Sarah Gilbert of Oxford University in the United Kingdom. Gilbert is a professor of vaccinology at Oxford's Jenner Institute, and has already administered the vaccine candidate to her adult children (as well as many other human subjects).

The early-stage human trial data on the new vaccine, known as AZD1222, is expected to be published in the medical journal The Lancet on Monday, according to a Wednesday report from Reuters. The vaccine candidate is already in large-scale Phase III trials, meaning mass inoculations of thousands in multiple countries, although researchers have yet to disclose whether the Phase I trials demonstrated that it will be both safe and trigger an immune response. (Many coronavirus vaccine candidates use parallel processing, meaning multiple phases of trials happen simultaneously to speed research.)

Last month the World Health Organization's chief scientist said that AZD1222 may be the most developed COVID-19 vaccine. Indeed, Gilbert and her Oxford cohort are months ahead of their "competitors" in the private sector; Bloomberg News quoted the chair of the British Vaccine Taskforce as saying, "It's the most advanced vaccine anywhere." The university has struck a deal with AstraZeneca Plc, a pharmaceutical company, to potentially produce 2 billion doses — on a not-for-profit basis.

Oxford University's promising results constitute the fantasy of the for-profit pharmaceutical industry, currently salivating over such a vaccine. Yet the fact that the current vaccine frontrunner stems from a public institution is a testament to the power of open-ended scientific research over that which is purely profit-driven.

Recently, American news outlets have been fixated on the vaccine efforts of Moderna, a pharmaceutical company with a promising candidate. Yet as a for-profit company, much of the news around Moderna's vaccine is hard to separate from hype; the company's stock value shot up in May after it revealed promising early results from its vaccine candidate. And the Trump administration has a suspect connection to the company: Moncef Slaoui, President Trump's coronavirus "czar," held more than 150,000 stock options in Moderna before selling them off in May and was a former member of the company's board of directors.

That raises the question: If AZD1222 winds up being the vaccine that stops COVID-19, will American politicians and media admit the extent to which a public institution played a major role in making that happen?

As Oxford University states on its website, "'Translational medicine' - taking discoveries from the laboratory right through to treatments for patients — is a significant focus of medical research at Oxford. This 'bench to bedside' approach is aided by fruitful links with NHS [National Health Service] organisations."

This does not mean that private sector money has not played a role in helping develop AZD1222. Indeed, while Oxford's Jenner Institute is mostly UK government-funded, Advent Srl, a subsidiary of Italian research organization IRBM, provided some funding to the coronavirus vaccine research project, as is common with research grants. Still, one of the great myths perpetuated by free market fundamentalists (and their libertarian coevals) is that public sector financing is an unequivocal ill, that it does little if anything to benefit society and a great deal to hurt it. If that theory were correct, then an academy which receives generous funding from a government would not have made this much progress in developing a vaccine.

"Whether an innovation will be a success is uncertain, and it can take longer than traditional banks or venture capitalists are willing to wait," economist Mariana Mazzucato wrote in New Scientist in 2013. "In countries such as the US, China, Singapore and Denmark the state has provided the kind of patient and long-term finance new technologies need to get off the ground. Investments of this kind have often been driven by big missions, from putting a human on the moon, to solving climate change. This has required not only funding basic research – the typical 'public good' that most economists admit needs state help – but applied research and seed funding too."

Mazzucato elaborated on these thoughts in a 2015 interview with Salon, pointing out that public sector money has helped support basic research, applied research and early stage, high risk company finance in areas like the green economy, biotechnology, nanotechnology and information technology. Mazzucato frequently notes how the iPhone is considered an icon of capitalism, while the technology comprising it was almost entirely publicly-funded.

"I often use the iPhone as an example of how governments shape markets, because what makes the iPhone 'smart' and not stupid is what you can do with it," Mazzucato told Salon. "And yes, everything you can do with an iPhone was government-funded. From the Internet that allows you to surf the Web, to GPS that lets you use Google Maps, to touchscreen display and even the Siri voice activated system —all of these things were funded by Uncle Sam through the Defense Advanced Research Projects Agency (DARPA), NASA, the Navy, and even the CIA." Philosophically speaking, perhaps it makes sense that institutions working in the public interest and funded by the public would be best-suited to do research that benefits the public — without being hindered by ulterior profit motives.