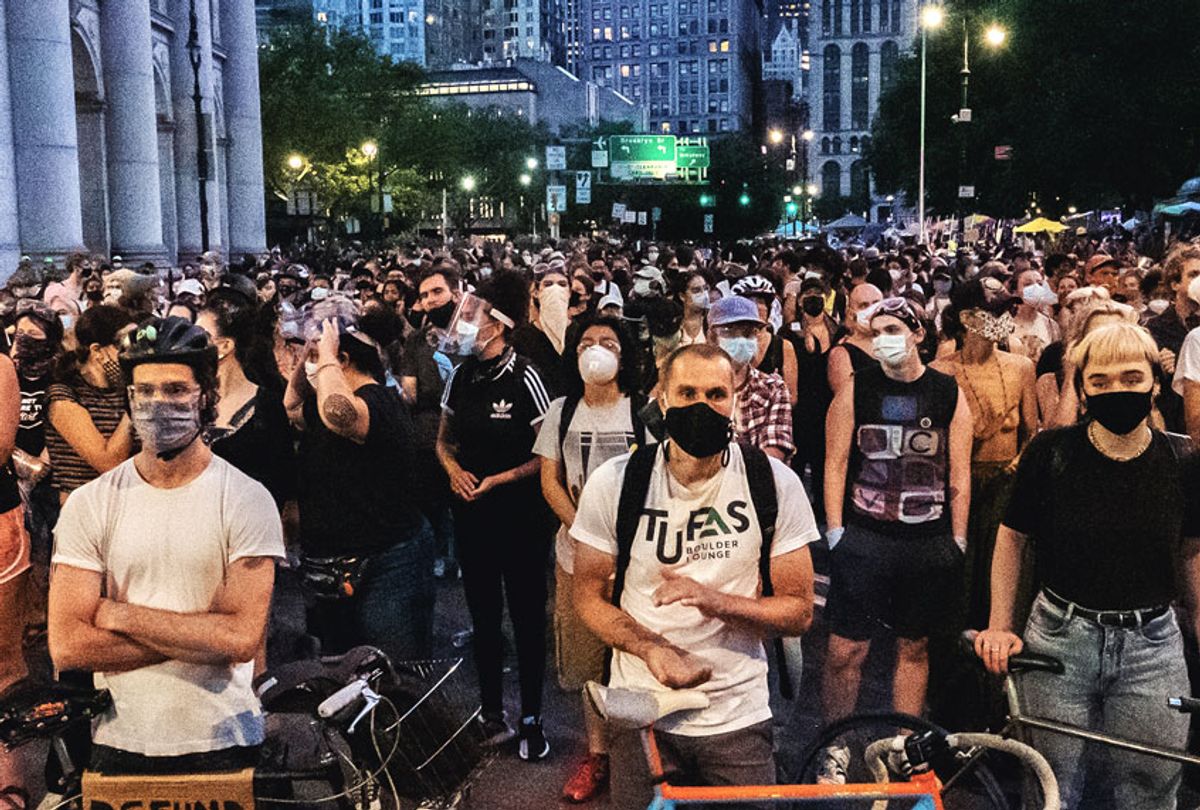 A leaked Department of Homeland Security document reveals that the agency has expressed concern that the widespread adoption of face masks will impede facial recognition surveillance technology.

The document, which was released by Anonymous in their "BlueLeaks" hack of law enforcement agencies and first publicized by The Intercept, purportedly comes from the Counterterrorism Mission Center. Under the heading "Violent Adversaries Likely to Use Protective Masks to Evade Face Recognition Systems," the agency's bulletin warns that "violent extremists and other criminals who have historically maintained an interest in avoiding face recognition are likely to opportunistically seize upon public safety measures recommending the wearing of face masks to hinder the effectiveness of face recognition systems in public spaces by security partners."

The agency acknowledges that the Centers for Disease Control and Prevention (CDC) urges people to wear masks for their safety. The bulletin-writer goes on to admit that they "have no specific information that violent extremists or other criminals in the United States are using protective face coverings to conduct attacks" but speculates that such a threat is possible because "some of these entities have previously expressed interest in avoiding face recognition and promulgated simple instructions to conceal one's identity."

The agency cites one example of this happening — a member of a "white supremacist extremist online forum" who proposed "wearing a breathing mask" to hide someone's identity while attacking critical infrastructure. The other examples come from online conversations that preceded the pandemic.

They added, "Our confidence could increase based off reporting indicating that violent extremists are specifically aware of face recognition limitations."

Following external pressure, Amazon announced last month that it would implement a one-year moratorium on allowing police forces to use its facial recognition technology, known as Rekognition.

From a public health standpoint, it is crucial for Americans to wear masks during the ongoing pandemic, something that health experts overwhelmingly agree on.

"Masks are important for catching droplets and microdroplet aerosols expelled while talking and breathing (not just sneezing or coughing), [a fact] which was just recognized by WHO [World Health Organization] and 239 scientists," Dr. Eric Feigl-Ding, Senior Fellow at the Federation of American Scientists, told Salon by email.