After anti-police protests, Amazon issues a moratorium on selling its Big Brother tech to police departments 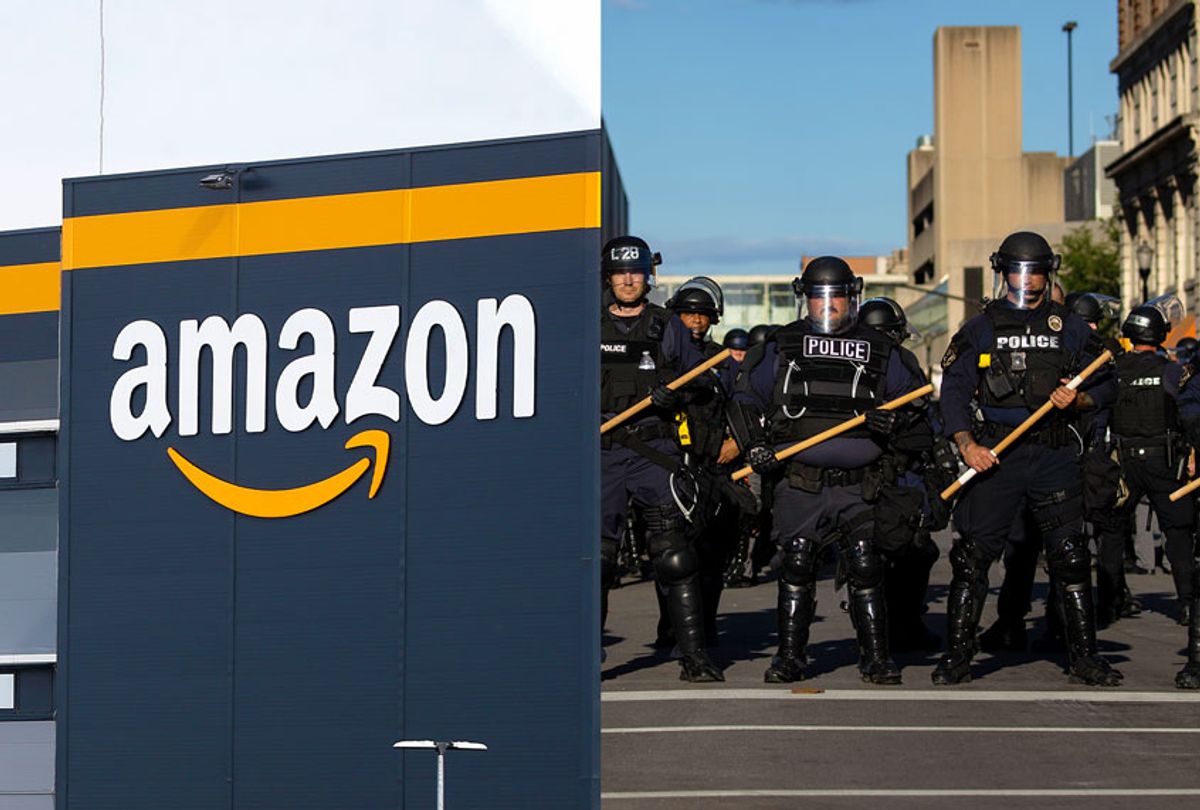 Amazon announced Wednesday that it is implementing a one-year moratorium on allowing police forces to use its facial recognition technology, known as Rekognition.

The statement, which noted that the company would still offer its technology to organizations like the International Center for Missing and Exploited Children, explicitly connected its decision to deny the technology to police officers with protests over law enforcement misconduct.

"We've advocated that governments should put in place stronger regulations to govern the ethical use of facial recognition technology, and in recent days, Congress appears ready to take on this challenge," the statement explained. "We hope this one-year moratorium might give Congress enough time to implement appropriate rules, and we stand ready to help if requested."

Amazon's Rekognition technology has stoked controversy for years for a number of reasons. Some studies found that the software exhibited algorithmic biases, as it struggled to determine gender and skin tone when it was recording a woman or an individual with darker colored skin. Rekognition wound up mislabeling women as men 19 percent of the time, a number that nearly doubled to 31 percent for women with darker skin. Additionally, as the Electronic Frontier Foundation (EFF) noted, Amazon Ring — the company's electronic doorbell — kept up a partnership with over 1,300 law enforcement agencies to help them utilize its data for their own purposes, in effect creating a panopticon vis-a-vis its users.

As EFF explained, the Amazon Ring is "a high-speed digital mechanism by which people can make snap judgements about who does, and who does not, belong in their neighborhood, and summon police to confront them." They pointed out that the technology could be used by police officers to identify participants in neighborhood protests and that Amazon Ring had provided officers with tips on how to pressure customers into sharing their videos with law enforcement departments.

Salon spoke with Kade Crockford, the director of the Technology for Liberty Program at the Massachusetts branch of the American Civil Liberties Union, about how the civil liberties organization feels about Amazon's policies going forward.

"Two years ago, when we called on Amazon to stop selling its face recognition product to the government, we didn't expect them to agree," Crockford explained. "And now they have announced, two years later, that they're going to implement a one year moratorium on selling recognition to cops. We believe that we will win, because first of all, we're right — ethically, politically, morally our position is the correct position. And second, because the people are on our side for that reason."

Crockford argued that the ACLU's longstanding opposition to Amazon's face recognition technology is in part motivated by broader civil liberties concerns. "We ought to be able to live in a society where we can walk down the street without fear that our every movement and habit and association is being tracked by the government from some secret bunker somewhere," Crockford explained, adding that the surveillance state can be traced back to the time of slavery, "when the US passed the lantern laws requiring that black people moving around at night had to carry a lantern to light up their face so that white people could see where they were and what they were doing at all times."