How police are causing a public health crisis 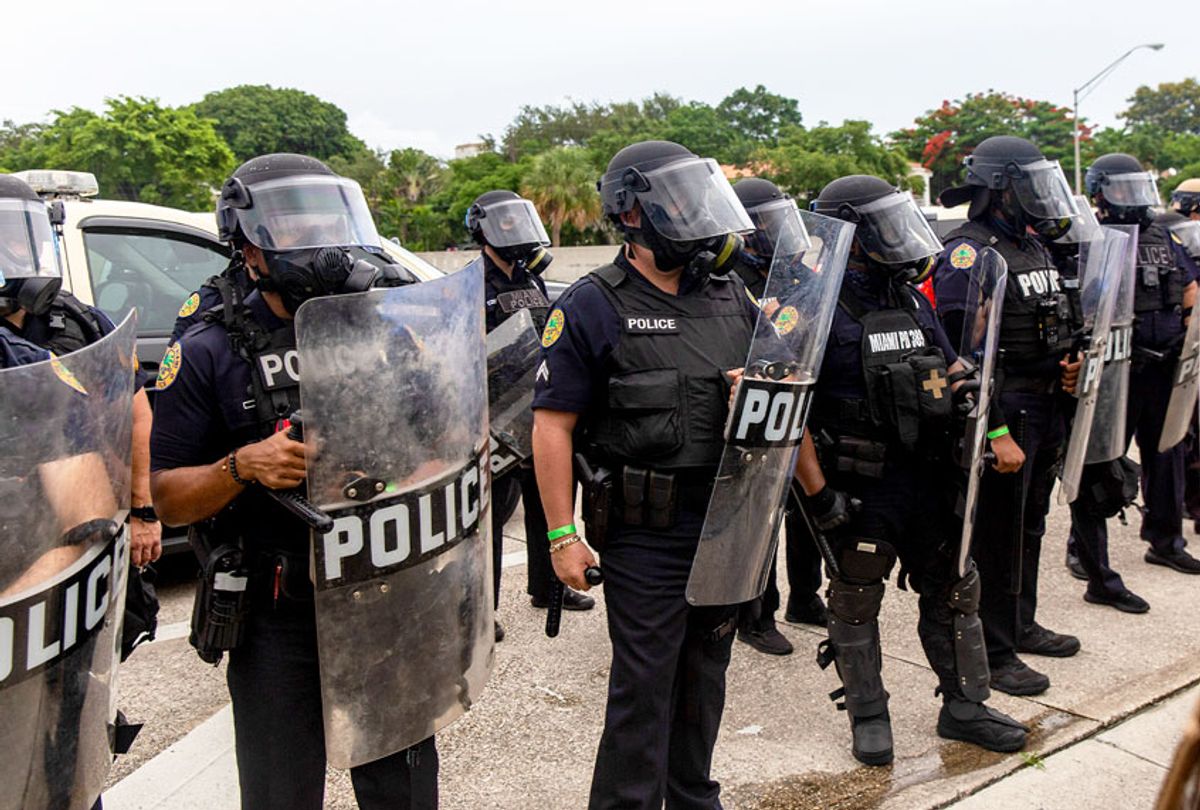 "If a cop is going to kill you anyway, what's a little bit of COVID?" Dr. Melody Goodman asks pointedly. Goodman is the Associate Dean of Research at New York University's School of Global and Public Health, where she focuses on improving health in Black and brown communities. She clarifies her earlier pithy statement, adding, "when your life and health is constantly in danger … you're willing to risk COVID to see real change happen in our country."

Goodman's blunt words speak to a reality for many Black and brown Americans: the risks of COVID-19 are real, but perhaps pale in comparison to the day-to-day fear of violence at the hands of law enforcement — an omnipresent mental and physical health threat that predates the virus and may outlast it. Yes, the pandemic is killing Black Americans, but so are the police.

This connection between race and public health has led some local legislatures to propose plans to declare racism a public health crisis. But what does that mean?

To those unfamiliar with the term, public health is the science of studying, protecting, and improving the overall well being of a population. Notably, race has long been considered one of the key social determinants of health — social conditions that determine health status — and the reason isn't because of genetics. Rather, it's a result of systemic issues, namely that many communities of color are underserved in many ways.

There's a psychological reason, too, that the connection between race and health is apt: just as the mind and body are connected, the mental stress of experiencing oppression on a daily basis has a tremendous impact on an individual's health, and can lead to shorter life spans and more health problems. Hence, in multiple ways, declaring racism a public health crisis makes a lot of sense.

Law enforcement is often present in health settings like hospitals. Indeed, police are seen as key partners on many public health programs — they regulate violence against women, public disorder, mental illness, alcohol and drug use, and much more.

"Part of your social well being is feeling safe in your environments," said Dr. Anna Nolan, a pulmonologist at New York University currently treating COVID-19 patients. Public safety in the workplace, schools, and neighborhoods are all key elements of public health. "Police are first responders," notes Dr. Goodman, "so they're part of our public health infrastructure."

Communities of color "have a lot of police presence, but what are the police doing for public safety?" asks Dr. Rod Brunson, a professor of public life at Northeastern's School of Criminal Justice and Criminology. While protests have raised awareness of the dangers of over-policing, there are also dangers of "under-policing" which leaves individuals underserved and unsafe in their neighborhoods, as a result of law enforcement's inability to improve public safety.

Police aggression and ineptitude aren't mutually exclusive. "There are simultaneous dynamics of under- and over-policing," said Dr. Brunson. Black, brown, and low-income neighborhoods "get the worst of both worlds."

Now, law enforcement has been deployed across the country to manage the pandemic. Police and national guards enforce stay-at-home orders, patrol supermarkets, subways, parks, and facilitate food drives. When recounting her experience on the front lines, Nolan notes that "law enforcement are integral to getting people safely to the hospital. Getting them the care that they needed when they needed it."

Violence is a public health issue

Individuals in the criminal justice system have far higher rates of chronic health problems, substance use, and mental illness than the general population. Racial discrimination in policing has shown to increase risk of chronic disease and early mortality.

Fatal force is the most direct way in which the criminal justice system impacts health. In the past year, 1,000 people have been reportedly shot and killed by police. Both Black and Hispanic Americans are killed by police at a disproportionate rate, with Black Americans being killed at double the rate of their white counterparts. The numbers show that police killings increase population-specific mortality rates.

The violence does not stop upon arrest. Injuries and death are commonplace while in police custody. In many cities, cops have physically harassed detainees while on the ride to the booking station — as was the case with Freddie Gray, whose "rough ride" in a police van proved fatal.

Government response to protests have raised heightened concerns about public health, especially in the wake of COVID-19. Law enforcement have been deployed to demonstrations with full riot gear, including tear gas, pepper spray, and rubber bullets.

As Salon previously reported, tear gas can cause a host of health problems, ranging from eye damage, blindness, nerve damage or even respiratory failure for those who have certain preexisting conditions. The effects of exposure "aerosolize the virus … and that initiates the possible increase in transmission," Nolan told Salon.

Research conducted by the U.S. Army in 2012 found that personnel exposed to tear gas have a high risk of acute respiratory illness after exposure. These effects, combined with the distress that COVID-19 has on our respiratory system, are apt to be harmful, though there are no conclusive studies on the combination.

Even without the heightened risk created by these "de-escalation" tactics, protests are risky environments. Proximity, whether voluntary or as a result of "being herded or pushed closer together by crowd control, increases risk of being exposed to the virus," said Nolan.

In other words, law enforcement tactics can raise the risk of coronavirus transmission during and after protests.

The criminal justice system has its own negative health side effects, and can cause long-term trauma and stress.

In New York City, police report that 20% of stops involve the use of "physical force," while approximately half of recorded stops involve frisking. Studies suggest physical violence, racial degradation, and homophobia are commonplace in such stops. Critics believe that stop-and-frisk tactics have taken a new, digitized form in what is known as "predictive policing," a practice that reinforces racial bias through algorithms and big data.

Even in the absence of physical force, police interactions that seem unfair, discriminatory, or intrusive are correlated with negative mental health outcomes. One study finds that nearly all forms of police victimization were associated with psychological distress, anxiety and depression. Police killings of Black Americans were also associated with poor mental health conditions among the general Black population throughout the U.S.

Not only can police cause psychological trauma, they may even target individuals with mental health struggles. Though mental health is not a strong predictor of criminal behavior, two million arrests each year involve people with serious mental illnesses.

Jason Tan de Bibiana, a research associate at Vera Institute of Justice, told Salon that "police are the de facto first responders, jails and prisons have become the de facto mental health hospitals or substance use disorder treatment facilities." In this system, people are not getting the quality treatment that they need. Brunson added that preexisting conditions before incarceration are only "intensified and worsened by relying on mass incarceration."

Socioeconomic status is a key determinant of health, and formerly incarcerated individuals earn less than half the income they would receive, had they not been to jail. Entire communities bear economic burdens by taking time off to grieve, go to trial, or organize action. Individuals who report financial strain as children and as adults are more likely to be physically disabled, have more depressive episodes, and have lower cognitive functioning than their counterparts.

"Make every community a healthy place to live"

Cries for police and criminal justice reform — and in some cases, abolition — have been heard around the world. Citizens and experts have advocated for defunding the police and reallocating the funds to social programs instead. Others worry that abolition will cause Black, brown, and low-income neighborhoods to suffer. Debate on how to address corruption in our justice system is ongoing.

"Police are symptomatic of the systemic racism that exists in our society," Brunson told Salon. Understanding police brutality as a public health problem requires looking beyond the notion of "one bad apple," and instead examining how the criminal justice system perpetuates systemic disempowerment that has serious health consequences.

The question isn't can we fix health disparities and racism in our criminal justice system, says Goodman — "it's, 'do we want to.'"