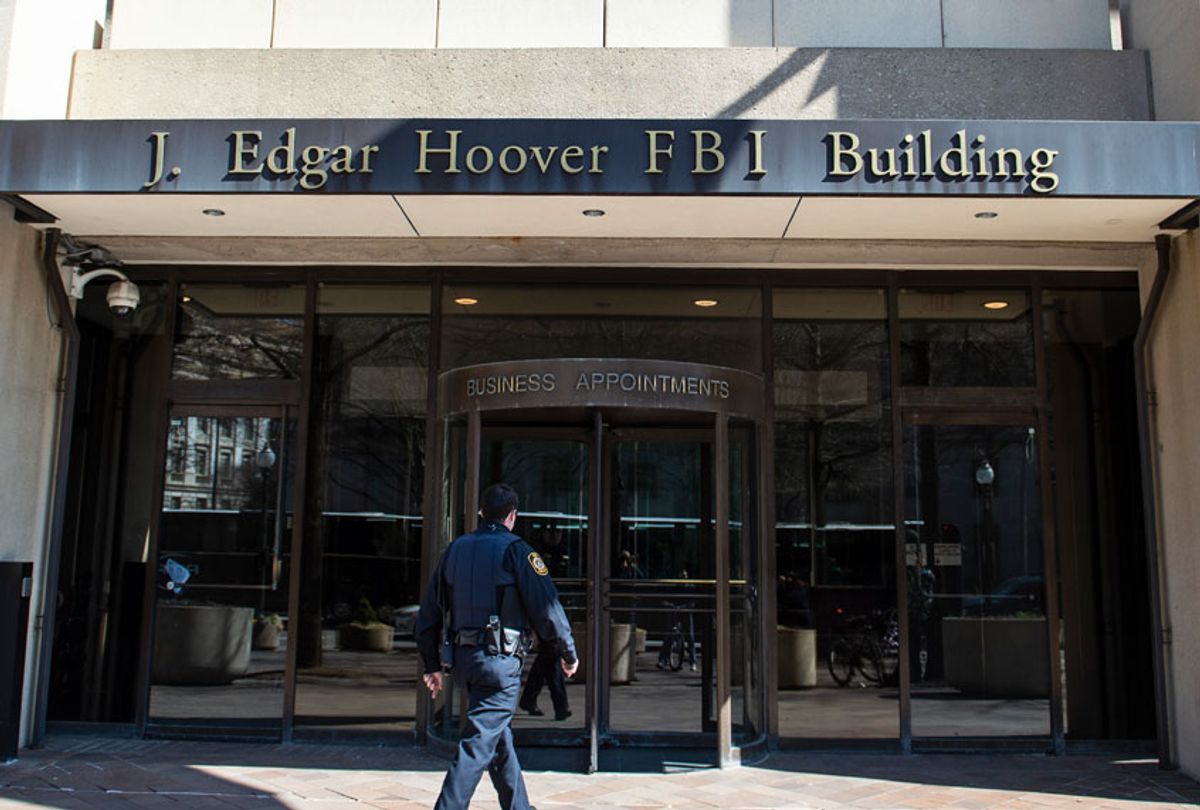 A leaked document reveals that the Federal Bureau of Investigation fears that the investment funds industry is a ripe target for money launderers, and could be a ticking time bomb in the private equity and the hedge fund sector.

The leaked intelligence bulletin from Blue Leaks, according to a story broken by Reuters, was published in May under the title "Threat Actors Likely Use Private Investment Funds To Launder Money, Circumventing Regulatory Tripwires," the FBI wrote that it has "high confidence" that "threat actors" could use "the private placement of funds, including investments offered by hedge funds and private equity firms, to launder money, circumventing traditional anti-money laundering programs." The term "threat actors" refers to both hostile foreign powers and criminals attempting to make money.

The FBI notes that government law enforcement and watchdog agencies aren't up to the task to suss out money laundering through the finance system in this way. "AML [anti-money laundering] programs are not adequately designed to monitor and detect threat actors' use of private investment funds to launder money," the report notes.

A hedge fund is a type of investment fund in which the managers trade in relatively liquid assets (or assets that can be bought and sold without a drastic change in their price) using various complicated techniques. Hedge fund management tends to be lucrative, regardless of whether an individual manager is actually successful, because the standard fee arrangement in the hedge fund industry is something known as "2 and 20." Under that system, hedge fund managers take two percent of the money put up by an individual wealthy client, regardless of whether they successfully turn a profit off of those investments. When the investments are profitable, they then reap an additional 20 percent of those profits.

Private equities are another type of investment fund. Whereas hedge funds trade in relatively liquid assets, however, private equities purchase and restructure companies which are not being publicly traded through methods such as leveraged buyouts, mezzanine capital, growth capital, venture capital and distressed investments. Private equities are controversial because they often inflate fees and expenses charged to companies in which they hold stakes, which means private equities can hurt individuals whose pension plans are invested in them or whose jobs depend on them through fee arrangements that allow the managers to make billions at the investees' expense.

Hedge funds and private equity firms operate in a regulatory gray area, which makes them vulnerable to criminality, the FBI claimed: "Hedge funds and private equity firms receive funds from entities registered in nations that maintain laws conducive to masking underlying beneficial owners, thereby making it harder for US financial institutions and regulators to determine the source of funding."

The report added that "hedge funds and private equity firms have been used to facilitate transactions in support of fraud, transnational organized crime, and sanctions evasion." It cited as specific alleged examples a former partner at a major American law firm who "assisted others in laundering more than $400 million from a fraudulent cryptocurrency investment scheme," a representative from a hedge fund based in London and New York who "proposed investing in private placement funds and using a series of shell corporations to purchase and sell prohibited items from sanctioned countries to the United States," a Mexican cartel operating in southern California which "recruited and paid individuals to open hedge fund accounts at private banking institutions" and "a New York-based private equity firm [which] received more than $100 million in wire transfers from an identified Russia-based company allegedly associated with Russian organized crime."

Hedge funds and private equities have been associated with a wide range of criminal behavior. Bernie Madoff, who was responsible for a $64.8 billion financial fraud that was exposed in 2008, ran a scam that involved feeder funds, which sends money to hedge funds that make investment decisions. Hedge funds have been previously criticized for not being required to fight money laundering. As Clark Gascoigne, deputy director of the Financial Accountability and Corporate Transparency Coalition, told ProPublica last year: "You've got several trillion dollars, the management of which nobody is required to ask any questions about where that money is coming from. This is very problematic."

There are also occasions when hedge funds profit from a company's failure: Empty creditors, or people who can be made whole through or even profit from credit default swaps, frequently have a financial incentive to let companies like the global tour operator Thomas Cook crash and burn, rather than try to save them.

Private equities are also rife with controversy. Last month President Donald Trump's administration allowed large managers of 401(k) plans and individual retirement accounts (IRAs) to put workers' retirement savings into private equity investments. Eileen Appelbaum, co-director of the Center for Economic and Policy Research (CEPR), warned that American workers have "socked away $6.2 trillion in 401(k) accounts and another $2.5 trillion in IRA accounts," meaning that "if just 5 percent of the money in these retirement funds were available to private equity, it would be a windfall of $435 billion — real money even to private equity millionaires and billionaires." Private equity firms have also been connected with the downfall of companies like Toys R' Us, RadioShack, Deadspin, Shopko and Payless Shoes.