Goosebumps may be a side effect of hair follicle muscles, scientists say 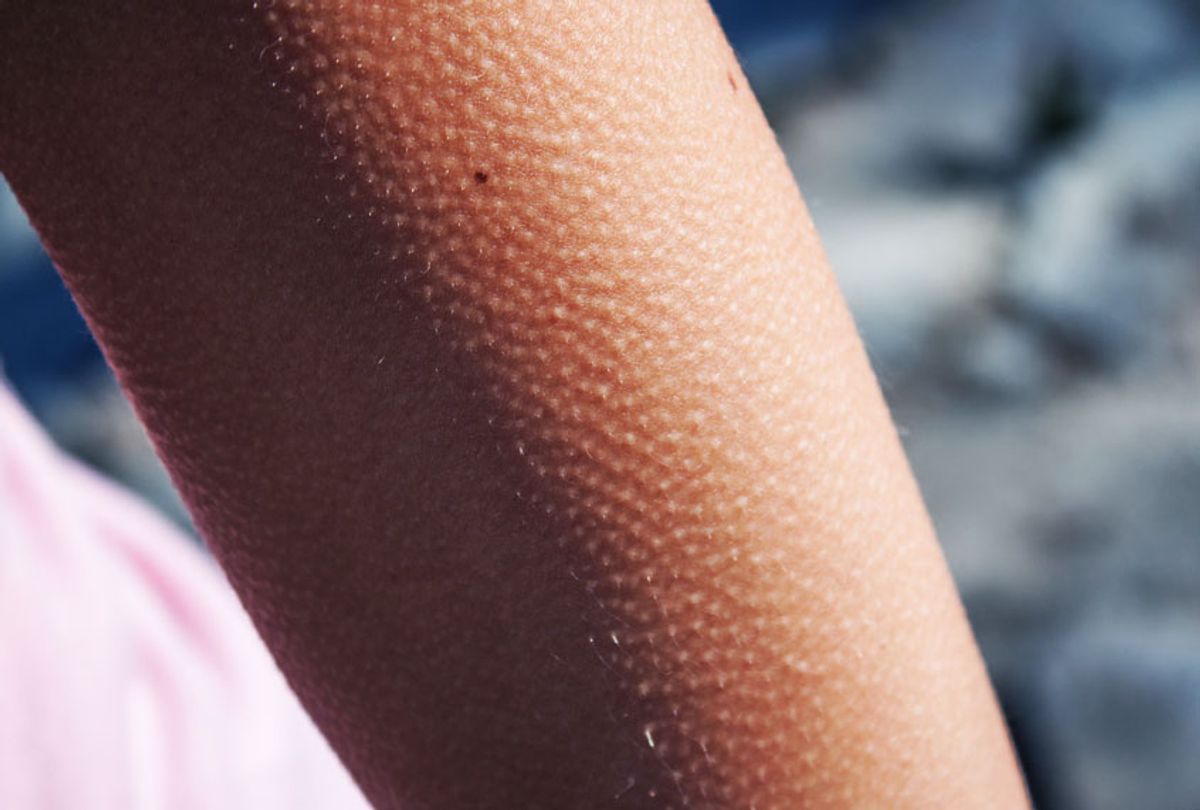 A new study may reveal the answer to a longstanding anatomical mystery: how did human beings evolve to get goosebumps?

In an article published in the journal Cell, study leaders Dr. Ya-Chieh Hsu and Dr. Sung-Jan Lin of National Taiwan University explain the existence of goosebumps appears to relate to our body's ability to grow hair.

More specifically, goosebumps are created by the contraction of the same muscle that links hair follicle stem cells to our sympathetic nerves. The sympathetic nervous system in mammals is the involuntary system that controls the body's rapid involuntary response to dangerous or stressful situations.

Likewise, the sympathetic nerve reacts to coldness — or emotions (like fear) that stimulate it in the same way as feeling cold — by contracting muscles. The contraction of those muscles is precisely what forms goosebumps. Intriguingly, that same process, the scientists discovered, stimulates hair follicle stem cell activation and ultimately leads to new hair growth.

Lest you were getting excited about the possibility of undoing baldness, the findings don't mean that, say, being constantly cold and thus self-inducing goosebumps will grow back lost hair — particularly since we can't get goosebumps on the tops of our heads.

The scientists studied skin under extremely high resolution using electron microscopy. Using this method, they discovered that the sympathetic nerve, which reacts to cold by causing hairs to stand on end, has a direct connection to the stem cells in hair follicles.

"We could really see at an ultrastructure level how the nerve and the stem cell interact. Neurons tend to regulate excitable cells, like other neurons or muscle with synapses. But we were surprised to find that they form similar synapse-like structures with an epithelial stem cell, which is not a very typical target for neurons," Hsu said when speaking to The Harvard Gazette.

In the conclusion of their study, the authors speculate that — contrary to the popular assumption that goosebumps are an anatomical anomaly that used to serve a purpose but today has no connection to essential biological functions — goosebumps may actually continue to serve a biological role.

"The erection of hairs, feathers, and spines plays a role in thermoregulation, courtship, and aggression, features essential for evolutionary success across the animal kingdom," the authors write, citing a classic text by Charles Darwin ("The Expression of the Emotions in Man and Animals"). "The anatomical connection between [arrector pili muscles] and [hair follicle stem cells] is conserved across mammals, raising the possibility that there might be evolutionary advantages to preserving this anatomical connection beyond goosebumps."