While "Lower Decks" docks on Aug. 6, the youth series won't hit Nickelodeon until sometime in 2021 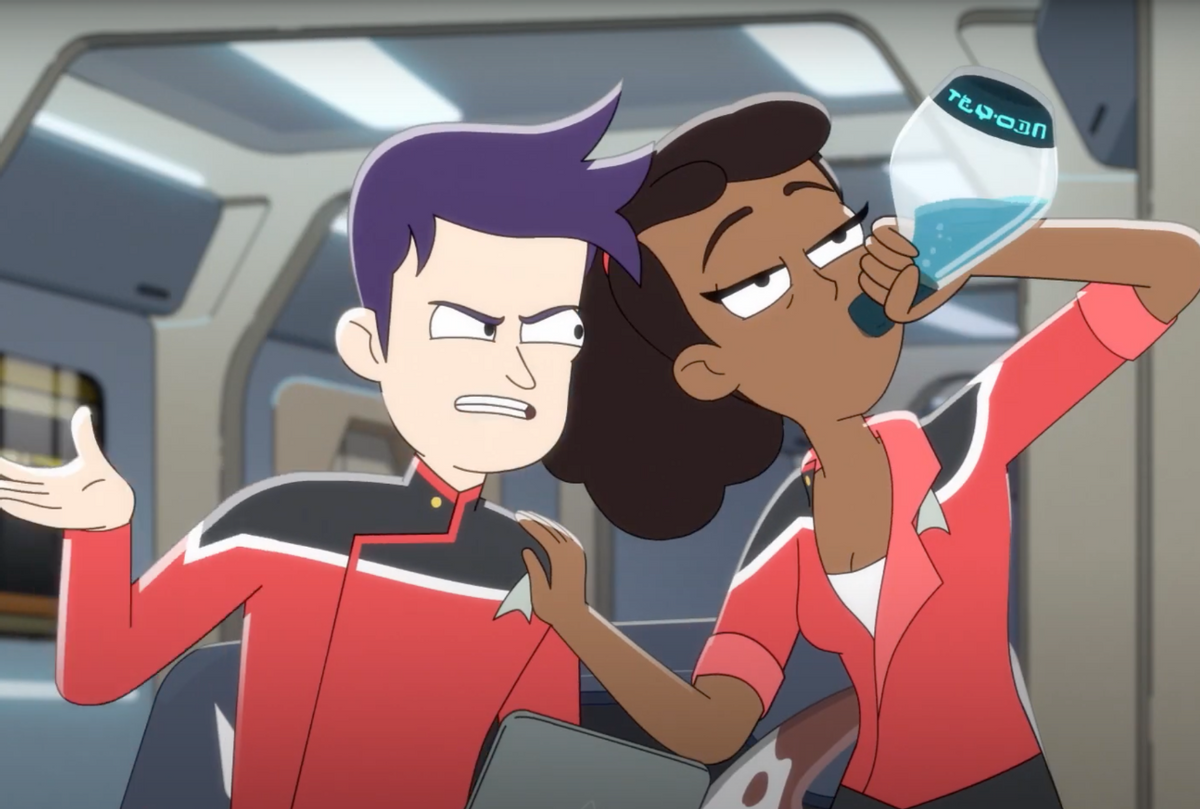 When the Star Trek universe ventures into animation, it boldly goes into animation. As part of the Star Trek Universe panel at Comic-Con@Home panel held virtually on Thursday, a sneak peek was offered for CBS All Access' newest series, along with the title for a new animated series aimed at kids.

"Star Trek: Prodigy, a CG-animated series that will debut exclusively on Nickelodeon in 2021, follows a "group of lawless teens who discover a derelict Starfleet ship and use it to search for adventure, meaning, and salvation."

The show's logo was released as well. It's a play on the "Original Series'" retro-futuristic font (simply called "Star Trek" in a 1992 Bitstream Star Trek Font Pack release), rendered in white and some spacy pastel blues and pinks.

That 2019 announcement sparked excitement among Star Trek fans, some of whom immediately began speculating about the series' eventual title. In January, Steve Wright, a writer for the entertainment website Stevivor, connected CBS' August 2019 trademark registration for the name with the series. The Wall Street Journal went on to quietly confirm the title in a January article, in which it was stated that "Mr. Kurtzman . . . is developing the cartoon 'Star Trek Prodigy' for ViacomCBS's Nickelodeon network." The series is the first from the universe aimed at a younger audience.

This isn't the first time "Star Trek" creators have explored the animated universe. "Star Trek: The Animated Series" ran from 1973 to 1974, while "Lower Decks"— created by Kurtzman and Mike McMahan ("Rick and Morty") — is an animated series set to debut Aug. 6 on CBS All Access. The comedy series brings the unsung to the forefront, focusing on the support crew of the U.S.S Cerritos, one of the least important ships in Starfleet in 2380. Ensigns Mariner, Boimler, Rutherford and Tendi keep things, well, ship-shape, and juggle their social lives along with various sci-fi anomalies. Here's a first look from the panel below: