Cheers to a solid launch for MSNBC's "The ReidOut" – but from here on out, it's time to get tougher

As the election approaches, let's hope that Joy Reid lives up to her reputation as a tough but fair inquisitor 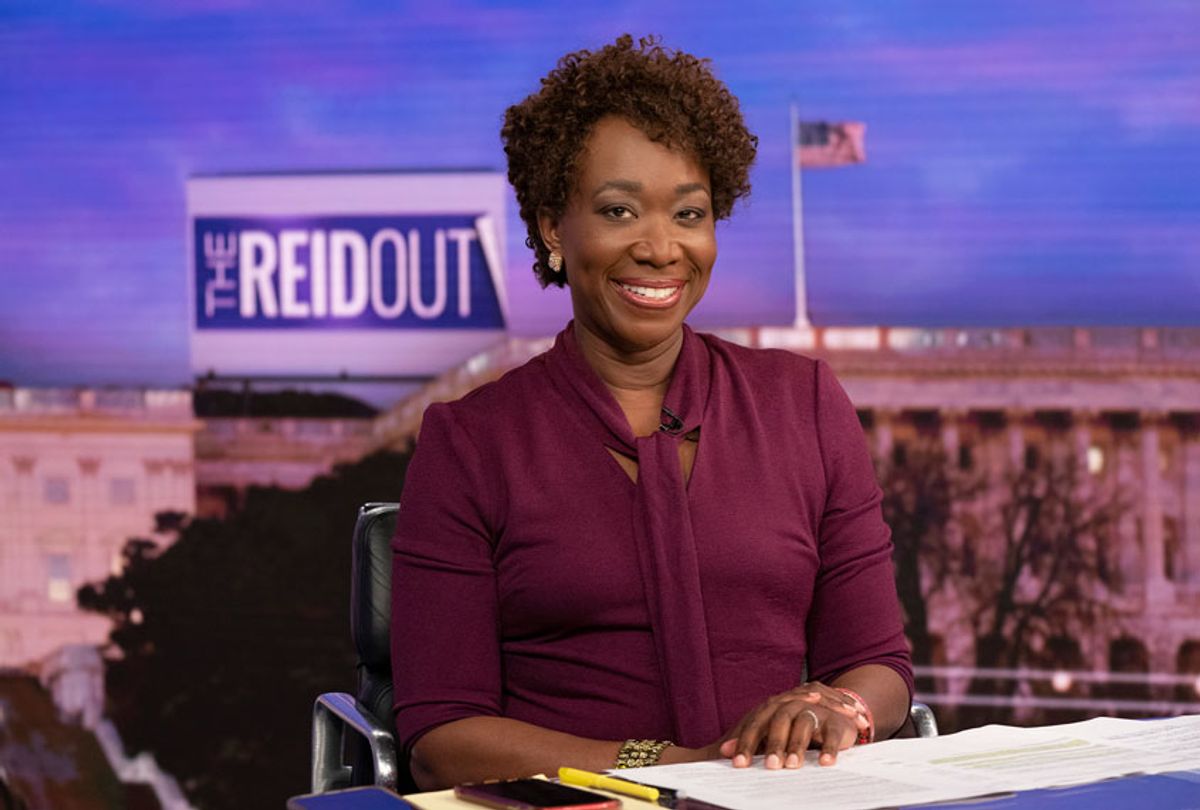 The debut week of MSNBC's "The ReidOut" featured A-list guests eager to chat with Joy Reid, the very first being the Democrats' presumptive nominee Joe Biden and former Secretary of State and 2016 presidential candidate Hillary Clinton.

They and the other politicians, specialists and MSNBC contributors invited on to speak to the day's topics feted Reid with congratulations before answering the first questions she posed. None of the exchanges yielded shocking answers or were even particularly probing. Then again, none of it was intended to be.

It seems the goal with Reid's prime-time premiere was to mark a smooth transition that introduces her to an audience that was once loyal to "Hardball with Chris Matthews" to Reid's more amiable and even presence, a style that served her well as the host of "AM Joy" on Saturday and Sunday mornings. Hosting "The ReidOut" makes Reid the first Black woman to anchor a prime-time cable news program, joining a lengthening list of such firsts in 2020.

Prior to "AM Joy" Reid hosted the weekday series "The Reid Report" until 2015, but it struggled in the ratings and was canceled. She was then shifted into the national correspondent position, filling in for other prime-time hosts in the interim, including Matthews.

Reid's success is a long time coming and worth celebrating. The fact that it took this long for any cable news network to break this barrier – let alone liberal-leaning MSNBC, which marked the 24th anniversary of its existence this month – evinces the shoddy job that the news industry has done with nurturing and promoting talent that isn't white and overwhelmingly male.

According to a 2018 Pew Research Center study, more than three-quarters of employees working at newspaper, in broadcasting newsrooms and internet-based news sites, are non-Hispanic whites, based on an analysis of 2012-2016 American Community Survey data. Around six out of 10 are men, and around 48% are non-Hispanic white men, compared to about a third (34%) of workers overall.

Those numbers pre-date the wave of newspaper closures that have ravaged the industry over the last couple of years; according to the results of a Newsroom Diversity Survey conducted by the American Society of News Editors and released late last year, people of color represent 21.9% of the salaried workforce among newsrooms that responded to that year's Newsroom Employment Diversity Survey.

Reid's tenure at NBC and her success with "AM Joy" make her the right person for this job in any scenario and particularly in this moment, with just barely 100 days until a presidential election in which Black women stand to play a vital role.

Arguably, too, Reid's prime-time moment only could have happened under different leadership than that of the last few years, when NBC News was led by Andrew Lack.

Lack's leadership will be remembered for hiring Megyn Kelly from Fox News, a gamble that ended in a blackface-related disaster; allegedly suppressing Ronan Farrow's reporting on Harvey Weinstein before he published in the New Yorker, eventually winning a Pulitzer Prize for his work; and for being the man on deck when Matt Lauer's cloud of sexual misconduct accusations came to light. Lack is also seen as the force behind the abrupt exit of Melissa Harris-Perry, who hosted an eponymous weekend show in the same time slot "AM Joy" would eventually occupy.

In an email that went public on Medium, Harris-Perry accused NBC News management of sidelining her in the heat of the 2016 election and removing editorial control from her and her staff. In subsequent coverage MSNBC denied that was the case – but Harris-Perry's searing account is still out there, and her 2016 allegations sound very similar to the stories journalists of color have been sharing about their experiences in the industry in 2020.

(It must be mentioned that Reid also came under fire during Lack's reign: In 2017, homophobic statements originating from a decade-old blog resurfaced. Initially she maintained that she'd been hacked but when an investigator could not corroborate that claim, she apologized.)

In May Lack was replaced by former Telemundo chairman Cesar Conde, who has the title of chairman of the NBC Universal News Group, giving him oversight of NBC News, MSNBC, and CNBC.

On a channel where the pool of topic contributors on most news programs tends to look at lot like most of its hosts, the Week 1 guest list for "The ReidOut" serves as both a establishing shot of content to come and an effort to start making up for missed opportunities during Chris Matthews' reign.

It should not escape anyone's notice that these are friendly subjects to a one – including Biden, to whom Reid provided a platform to criticize Donald Trump's mishandling of the pandemic, his reaction to Black Lives Matter protests, and his overall lack of leadership. Biden also gifted Reid with the confirmation that four Black women are among the list of candidates being vetted to be his pick for Vice President.

Expecting any prime-time cable news series to emerge from the egg as a fully realized entity is unreasonable, even one anchored by a journalist that's sliding from one time slot on the same network into another.

"AM Joy" covered many of the same topics Reid touched upon during her first week – race, politics culture – and Reid has closely reported upon Black Lives Matter since the movement emerged in 2013. But it was also two hours long, affording Reid more time to extensively dive into political developments and other topics with her guests.

"The ReidOut" in its initial form feels much faster, and understandably so – she has half the time to cover the day's events in an era in which press freedoms and democracy itself are under assault.

During a period largely defined by the alarming news that federal troops under the President's orders were beating and gassing protesters in Portland, Oregon, expressly against the desires of that city's mayor and the state's governor, the subjects to whom Reid gave a forum are ones who needed to be heard. Surely it's not a coincidence that Bottoms and Harris are rumored to be on Biden's list of possible picks, but they're also at the center of two headline-dominating struggles between the federal government and state and local authorities. They're not getting a hearing on Fox News' prime-time shows.

Here is as fine a place as any to ponder what "The ReidOut" might eventually become. Reid's emphasis on examining the intersection of race, class, and politics places her in a tremendous position on MSNBC and in the cable news field generally, in that she's poised to tell stories to a broader audience than those regularly following other newscasters and anchors reporting on marginalized communities.

But that also means going tougher on some of the very people to whom she spoke this week. I'm less apt to critique her soft handling of Biden in her series premiere than I may be as the election draws nearer, and certainly if he wins the presidency.

MSNBC has raised its ratings by styling itself as the anti-Fox News, but even Fox wins points now and then, and a false aura of legitimacy, by throwing Trump in front of the likes of Chris Wallace every now and then for a bout of light sparring so the world can cheer when the leader of the free world gets winded.

"The ReidOut" gives its anchor the potential to sharpen her reputation as a tough but fair inquisitor, a side of her that we didn't see this week but needs to emerge – especially as progressive politicians woo voters from marginalized communities with the sorts of assurances that tend to be sidelined or dropped once they win office.

Reid is in a position to break down stories concerning race, culture and social justice to the mainstream news audience with an authority other anchors do not have, not by nature of her identity but through the consistency of her reporting.  The hope is that she'll have the time and support to do so instead of simply fitting in with the rest of MSNBC's personalities, who are quite good at what they do while also echoing one another on similar topics.

The debut episode of "The ReidOut" attracted 2.6 million viewers, making it the second-highest rated program in the 7 p.m. time slot in MSNBC's history, according to Nielsen Media Research data – an auspicious start to a week in which Reid's groundbreaking achievement was cheered by her interview subjects. It was a gracious launch, and fine to witness. From here on out is where the tough work should kick in, and that's what I'll be watching for.