Did NBC News pass on another major #MeToo story uncovered by one of its journalists? 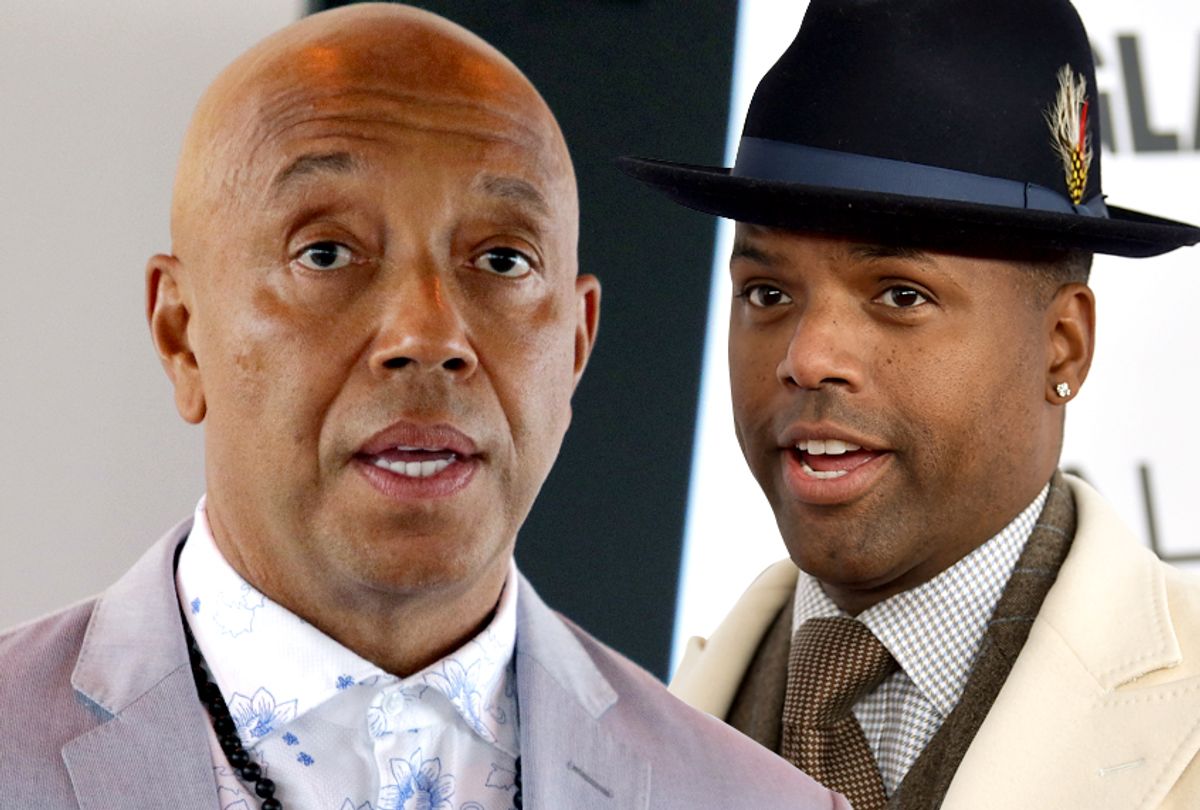 Abrams' story is not just about the accusations she raises against two powerful men: music mogul Russell Simmons, whom she alleges raped her in 1994, and media personality A.J. Calloway, whom she claims assaulted her in 2006. It is also about the way that NBC's news division, which had the first opportunity to break the story, allegedly turned a vetting process into a silencing act.

"They took away my voice," Abrams told THR. "I want people to understand how incredibly challenging this is, with a story like mine that's highly sourced, with me doing this [advocacy] work in the public arena. And I can't get my story out there? If I didn't have those things, let's be very clear: No one would know about this today. I'm speaking out for all the other women who have been silenced, to let them know it's not their fault."

MSNBC denies that claim. In the end, after months of back and forth, the network says the vetting process did not meet its strict "journalistic standards" for publishing a story about Abrams' allegations. Despite the floodgates opened by the #MeToo movement, Abrams feels her experience with the network is lingering proof that "the system is working as it always has" – and hurdles remain for women who raise sexual misconduct claims against powerful men.

"Stories are being silenced, and it doesn't matter how much information, how much corroboration and evidence that you have," she said. "You can do everything the right way, and you'll still be shut down, because a news organization doesn't want to take a risk and face a potential lawsuit, which perpetuates the abuse of power and empowers men like Simmons to say they're going to be OK."

Like many other women and survivors of sexual violence, Abrams felt compelled to come forward about her experiences in the wake of the multiple allegations regarding the once powerful Hollywood producer Harvey Weinstein.

Abrams first detailed her alleged assaults in her book "No More Drama," which was published in 2007. At the time, she did not disclose the names of her alleged perpetrators.

When the Los Angeles Times published an exposé about director Brett Ratner, Abrams suspected Simmons would be next. (When I reported on why music has largely been able to avoid a #MeToo reckoning, one journalist told me that Simmons' alleged bad behavior is well-known throughout the industry.)

And Abrams' suspicions proved clairvoyant. In two separate exposés in major publications, accusations against Simmons began to pile up. He has since been accused by more than a dozen women of sexual misconduct. (Simmons denies the allegations, including Abrams' accusation, as does Calloway.)

Abrams then reached out to MSNBC anchor Joy Reid to reveal his name publicly.

"I needed to tell my story," she told THR. "To say his name out loud, to let people know what he had done to me."

She hoped that her two separate stories of alleged assault would spark conversations about a reality of sexual violence that is rarely acknowledged. Often, it is not "this one-and-done idea of assault," Abrams stated. Multiple experiences with assault can occur in a lifetime.

According to THR, "Reid started to dig into the story":

In mid-December, MSNBC's standards and legal departments began putting Abrams through a grinding vetting process. She responded to their requests, providing documents from years earlier, including several court orders issued in New York against Calloway. She supplied contact information for sources who could verify aspects of her past, including some who had been told of the alleged assaults in the immediate aftermath.

Things seemed to progress toward a reveal. Abrams taped an on-camera interview with Reid at MSNBC's New York studios in January. But, four months later, the network chose not to run the story.

At that point, Reid had already texted and emailed Abrams saying the network was "slow walking" the story and boggling Abrams with "stupid" requests, according to correspondences obtained by THR.

Reid's experience seemingly mirrored what happened to journalist Ronan Farrow, who published his Pulitzer Prize-winning exposé on Harvey Weinstein at the New Yorker after NBC ultimately rejected it. Farrow plans to to reveal what happened behind-the-scenes with the network in a forthcoming book, "Catch and Kill."

A spokesperson for MSNBC shared the following statement with Salon:

When MSNBC pursues any investigative story our mission is always to be as thorough as we can, to scrutinize sources and corroborate information before we report. Anything else falls short of our journalistic standards.

A supporting statement from Reid, who publicly called her own actions inappropriate, was also provided by the network:

I began working with Sil Lai Abrams last November on a story about her allegations of sexual assault against two prominent men. I pitched the story to New York Magazine because she preferred a print outlet, and they expressed interest. In mid-December, I pitched the story to MSNBC for the first time. The idea was that when the reporting was complete the two news organizations would each release their own stories.

Before sharing the story with MSNBC, I had agreed to Sil Lai’s request that both accused men be included in any final story - not just one or the other. I interviewed Sil Lai and several witnesses, and spent several weeks researching aspects of her story to determine whether there was enough material there to keep going. It was important to her that she tell her full narrative. Ultimately this meant we needed to verify two separate allegations of sexual assault, not just one.

After roughly three months, our team at MSNBC was far along in our reporting on the allegations against one of the accused men, but unable to confirm significant aspects of the claims related to the second man. This meant that we could not report on either man. The process was clearly frustrating for Sil Lai, particularly once other women publicly accused one of the men. Investigative reports like these take time, and not surprisingly, sometimes journalists get frustrated as well. I inappropriately shared that frustration privately with Sil Lai. I completely respect MSNBC’s standards and practices. Meticulous research to get the facts right was the only option, especially given the seriousness of the allegations.”

In a separate column published by THR Thursday, Abrams expanded on why being a black woman introduced additional hurdles as she decided to come forward.

"As I was to learn," she wrote, "#MeToo doesn’t guarantee that survivors' stories ever see the light of day, especially those of black women."

Abrams added that the historical context of false allegations made against black men and the erasure of black women's sexual violence is why she thoughtfully chose to tell her story with Reid, who she says worked tirelessly on her behalf to take the story public.

Yet, if she, as a privileged author with connections in the media, is not believed or allowed the platform to disclose her experiences of sexual violence by the mainstream media, what hope is there for more marginalized women of any industry?

"If #MeToo is to survive beyond the immediate time, the media must summon the same courage and commitment to truth telling that survivors do when we step forward," Abrams concluded.

(Read the full story, including the accusations and evidence Abrams provided to THR here.)

How a story of rape, race and justice became revolutionary