Watch the trailer for "Ratched," the origin story of the "One Flew Over the Cuckoo's Nest" nurse

“You deserve someone to show you mercy. How different I would be if someone had," says Sarah Paulson 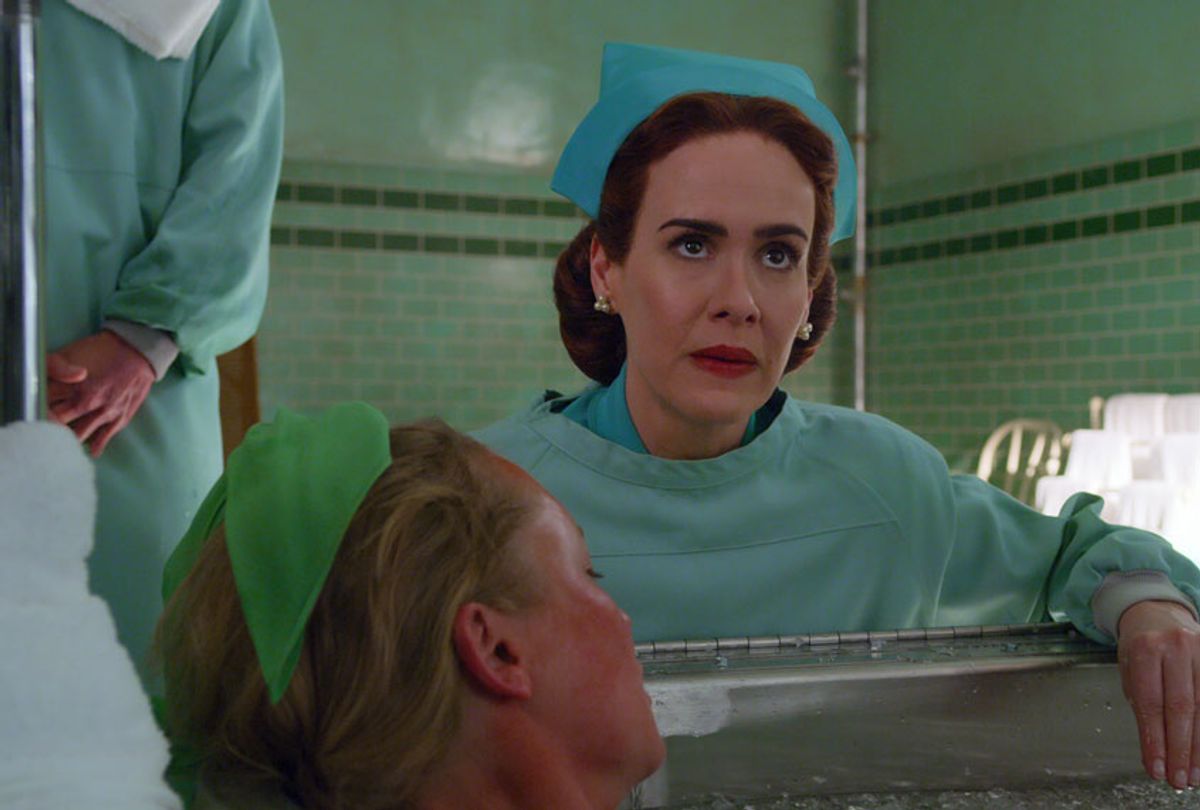 "You deserve someone to show you mercy. How different I would be if someone had."

This line, spoken by Sarah Paulson in the role of Mildred Ratched in the new trailer for "Ratched," gets to the heart of what the upcoming Netflix series promises: an origin story for one of literature and film's most memorable villians

Produced by Ryan Murphy and Ian Brennan, "Ratched" follows Mildred as she arrives in Northern California after serving as a military nurse, seeking employment at a well-reputed psychiatric hospital. But there's something sinister beneath Mildred's stylish, put-together surface.

While she presents herself as an ideal nurse, her capacity for manipulation and revenge soon becomes evident — even, as the trailer shows us, over something as small as a stolen peach — especially as she turns her sights on the mental health care system and those within it.

But plenty of questions remain regarding what took Nurse Ratched from Mildred to monster.

The character  of Nurse Ratched originated in Ken Kesey's 1962 novel "One Flew Over the Cuckoo's Nest." Told from the perspective of "Chief" Bromden, a resident at a psychiatric hospital, the book centers on the tensions between patient Randle McMurphy and Nurse Ratched. McMurphy is a gambler and rabble rouser who faked insanity to serve a prison sentence in the hospital instead of at a prison work farm. He constantly antagonizes Ratched by running illegal card games in the ward, sneaking prostitutes into the hospital and sexually harasses the aides and nurses, including Ratched.

In response, she intimidates and emasculates the residents by whatever means necessary — restricting their access medication to and basic necessities, humiliating them in front of their peers, subjecting them to electroshock therapy or (in the case of McMurphy) having them lobotomized.

Kesey describes her as beautiful: "Her face is smooth, calculated, and precision-made, like an expensive babydoll, skin like flesh-colored enamel, blend of white and cream and baby-blue eyes, small nose, pink little nostrils." (Hello, Sarah Paulson).

"Ratched" will debut on Netflix on Sept. 18.