"Sunday Scaries" didn't go away with working from home; it got worse 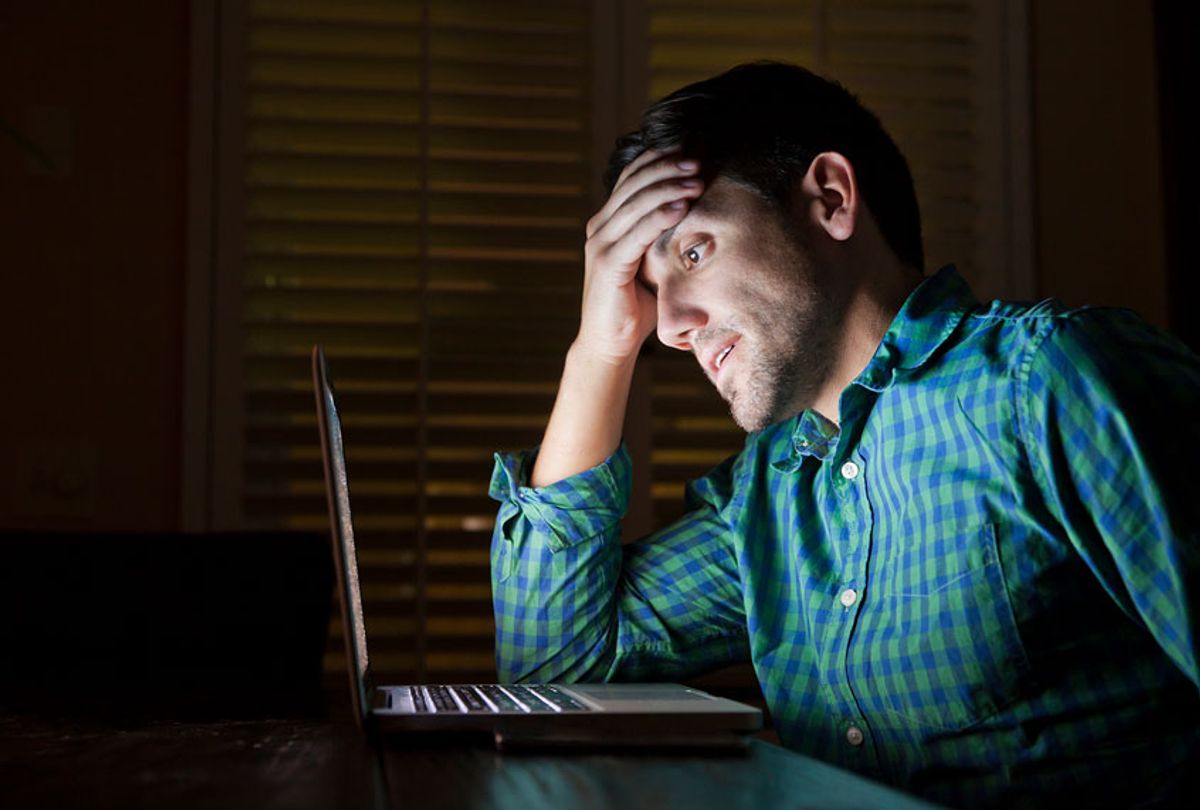 It would happen occasionally even before the pandemic: I'd be putting away dishes after dinner on Sunday night, and my stomach would gradually drop and tighten, and my breathing would become just a little more shallow. In the quiet kitchen, my mind had the opportunity to wander to the next morning's projected unanswered email count and upcoming deadlines. If it was a particularly bad evening, there might be some light spiraling into panic ("What if I never have another story idea again?!"), but usually it's just a few sleepless hours of contemplating how something as familiar as a 40-hour-a-week job could feel so alien.

Put simply, a case of the "Sunday scaries."

"Sunday scaries" isn't a scientific term, but it's a universally recognizable feeling — that anxiety that creeps in as the weekend is ending and your thoughts turn to the impending return to the office or classroom. It's common enough that there are podcasts, how-to-guides and CBD blends all dedicated to soothing it.

But since the novel coronavirus was declared a global pandemic in March and social distancing and quarantining recommendations have curtailed most weekend (and weekday) activities, the days have started to blend, as have some of the delinations between work life and home life.

So sometimes now, my brain is like, "Why not a case of the 'Sunday Scaries' — but on a Wednesday?"

And I'm not alone. Both within my friend group and in broader circles on social media, I was seeing reports of how work-based anxiety has either evolved or been accentuated due to the pandemic, wherein time feels nebulous and there's an omnipresent sense of greater social stress.

Margo Gabriel is a freelance writer who also works in academia in Boston. She said that initially when she received notice that she and her colleagues would be working completely remotely, she was looking forward to the experience, but then her stress began to spike about two weeks into the transition.

This was largely due, she said, to the fact that her department was hosting multiple, multi-hour mandatory Zoom meetings each week, more than had been typical when they were working in person. This both interrupted her workflow and introduced new anxieties.

"I have natural hair — and I'm the only Black person on staff — so I was just hyper-aware, like, 'Okay, I have to look a certain way and I have to make sure that I'm in a certain area in my house where it's not cluttered with stuff," she Gabriel said. "It was just a lot of things to think about with everything else going on in the world.'"

Gabriel said the Zoom meetings also took a more informal tone than the usual in-office meetings, which could sometimes be uncomfortable.

"Like [someone] wanted to know if any one in our families had contracted COVID, and I was like, 'I work in finance. Why do you need to know about my uncle or whatever?'" she said. "I think having access to the video feature made people feel like they could just ask you personal questions."

Gabriel said that she used to experience the "Sunday Scaries" occasionally as the weekend was winding down or early Monday — usually thinking about Boston rush hour traffic or upcoming work assignments that were in the office — but since the pandemic started, it has started to spike at random times.

"A lot of my anxieties, before the pandemic, were centered around unanswered emails and work uncertainties that followed me into the weekend, which lingered specifically on Sunday nights," she said. "I have dubbed this being 'alone in my thoughts,' which can eat away at me for hours and hours – sometimes until sunrise on Monday."

The pandemic brought different challenges, however.

"Aside from the blanket anxiety of the pandemic itself, this included the loss of several major work gigs and clients," she said. "The former 'perils' of unanswered emails paled in comparison to this all-encompassing crisis."

But both Block and Gabriel recognized the need to establish new habits or some semblance of a routine, even as days continue to blend together. Both take time to get outdoors and enjoy some of their local parks, and Block has instituted a "strict unplugging rule" on weekends.

"As someone who relishes the hustle of juggling a freelance career and running a content consultancy, I got very lost in my work," she said. "Now that things with work have slowed down — a lot — I've taken a step back, and have been making sure to disconnect so I can enjoy some time for myself."

Nancy Brooks, the executive director of the Louisville chapter of the National Alliance on Mental Illness, says that small steps like taking planned breaks from technology, going outdoors and investing time in fulfilling creative activities are ways to mitigate some of the "new home-workplace anxieties" people are experiencing.

But, she says, people also need to give themselves some grace right now.

"Everyone is currently experiencing what I would call a global trauma," Brooks said. "This pandemic has affected everyone. We were quickly uprooted from our routines and we weren't given time to adjust or plan or think about it."

She said that some people have adapted more quickly than others, but that everyone may experience some mental health-related emotions such as anxiety or depression. This may be caused or exacerbated by how liminal this time period feels.

"Many people didn't have a home office set up and ready to go, and now maybe still find themselves shuffling from room to room." Brooks said. "I know this happens for me where I'm going into a Zoom meeting and have to kick my husband out of a spot because it is the only room with complete doors that doesn't look like a bedroom, you know what I mean?"

She continues: "Then I've created this space, but then, when the meetings are over, everybody wants me to like redefine my space again."

She's also heard from individuals who are finding it hard to muster the desire to get up and get ready in the mornings because they aren't going into an office environment.

"So they're sitting in their PJs all day," she said. "Not a healthy way for us to address this change in location for where we work, because our minds are used to that routine."

Brooks also says that many people have spoken to her about "hitting a wall" when it came to how they were dealing with general fears about the pandemic in combination with workplace stressors — resulting in random, noticeable spikes in anxiety, something she experienced herself a few weeks ago.

"That's  normal for some people —you're going to have that point where you just can't move forward, and you need to step back," she said. "And you need to take care of yourself."