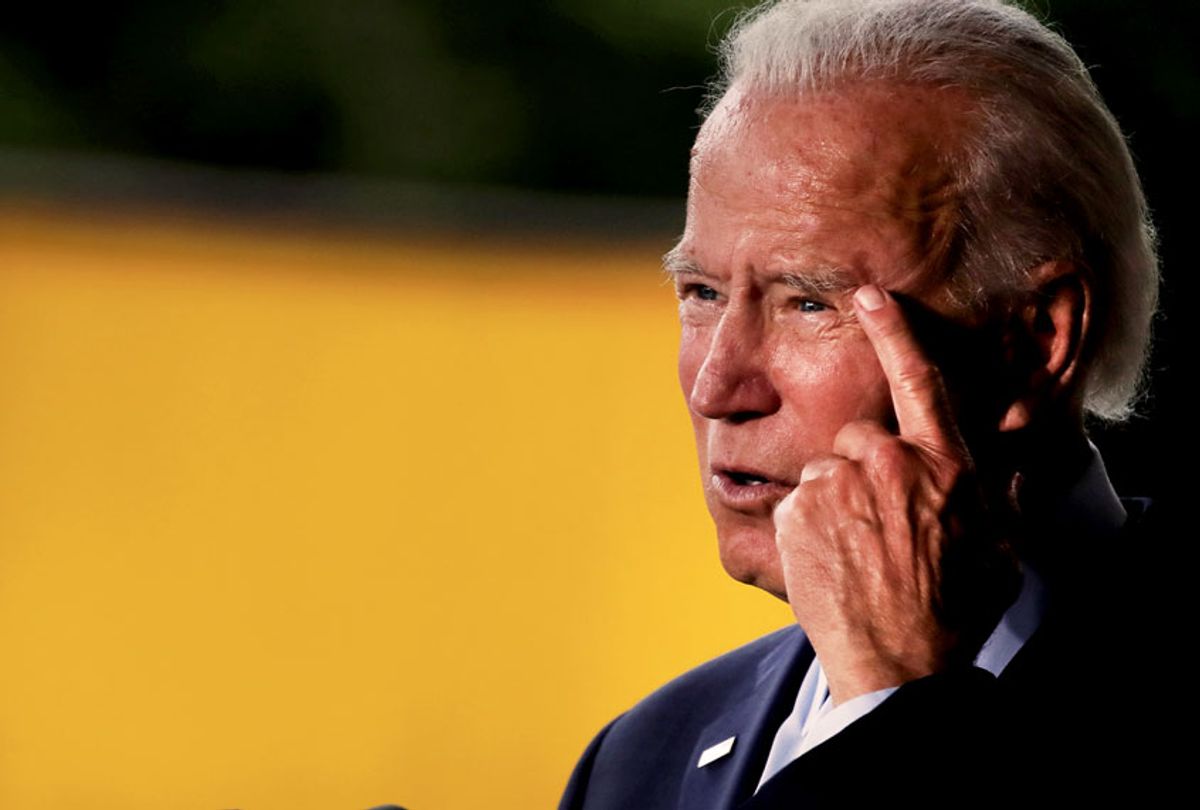 Uncle Joe is at it again.

Former Vice President Joe Biden, who will soon become the Democratic Party's 2020 presidential nominee, has a habit of telling the truth about race and the color line in America — mostly — but at times doing so in an indelicate way.

Back in March, Biden appeared on Charlamagne tha God's radio show "The Breakfast Club," where he caused a stir by saying, "Well, I tell you what, if you have a problem figuring out whether you're for me or Trump, then you ain't black."

Last week, Biden once again veered into the same territory with these comments to NPR's Lulu Garcia-Navarro:

As he did after his appearance on "The Breakfast Club," Biden later apologized and issued a statement clarifying his views about "diversity" within the Black and Latino communities.

Why does Joe Biden continue making these mistakes?

The primary explanation is that he was Barack Obama's vice president. As such, Biden possesses a powerful symbolic relationship with Black and brown people. Public opinion polls show that those feelings are mostly reciprocated. But this sense of affinity can also be a trap for a white man like Joe Biden, who gets "too familiar" and then shares impolitic observations at inappropriate times about Black and brown folks and questions of race in America.

But as clumsy as Biden's recent observations about "diversity" may be, that does not make them wholly untrue.

In his conversation with Garcia-Navarro, Joe Biden was actually trying to say something like this:

Black Americans and Latinos are different groups of people who have many overlapping concerns but also divergent experiences and concerns as well.

This in turn impacts the political decision-making and priorities of the Black and Latino community. I must be conscious of that reality as I try to win their very important votes so that we can together defeat Donald Trump and restore some sense of normalcy to America.

Some facts in support of Joe Biden's observations about politics and "diversity" in the Black and Latino communities.

Black Americans have centuries of experience with white supremacy in America. From white-on-black chattel slavery before the Founding to Reconstruction, the long Black Freedom Struggle and the civil rights movement, to today's Trump-led white supremacist counterrevolution, Black people in America have developed a deep sense of what political scientists describe as "linked fate," which is a type of political decision-making that involves a sophisticated understanding of the color line in America and power.

Overall, both historically and through to the present, ethnicity has had less impact on the life chances and freedom of Black people in America than perceived "race," skin color, and the arbitrary "one-drop rule".

"Hispanic" and "Latino" constitute relatively new catchall terms to describe people of Spanish and/or Latin American origin, and were not formally added to the U.S. Census until 1970.

These terms attempt to force a group of ethnically diverse people from more than two dozen countries into one group. This category includes Mexicans, indigenous people and others living in the southwestern U.S. who suddenly became "Americans" (at least on paper) after the Mexican-American War. "Hispanic" and "Latino" also includes Black and brown people from the Caribbean as well as "white" people from Cuba and some South American nations. People of Spanish ancestry are also defined as "Hispanic" by the Census Bureau, whether or not they have any ties to the Caribbean or Latin America.

Hispanics and Latinos include both new arrivals to the United States and people whose families have been in the country for many generations.

And as with other groups of people, to be "Hispanic" or "Latino" involves a negotiation with the relatively fixed racial categories of the United States (that is, the black and white binary) as compared to societies where categories of "race" are much more malleable. For example, since the categories were introduced on the census in 2000, an increasing number of Hispanics and Latinos are choosing to identify as "other" or "more than one race," rather than either white or Black. This shift is especially great among younger Hispanics and Latinos.

Unlike Black Americans, Hispanics and Latinos do not have a unified sense of group identity based on a shared identity, heritage, and experience.

That is changing, to be sure: Ironically, the Trump regime with its nativist and white supremacist policies directed against Hispanics and Latinos (among other groups) may forge a sense of common group identity grounded in race.

And of course, individual Black Americans, Hispanics and Latinos are diverse in their political thinking and political decision-making.

While this was surely not Biden's intent, his comment that "unlike the African American community with notable exceptions, the Latino community is an incredibly diverse community" is also a teachable moment that signals to at least three interrelated sociological concepts.

Race is a social construct, based loosely on some sense of phenotypical difference and related categories which societies decide are important and subsequently impact a person's life chances and other opportunities.

Racialization is the process through which societies locate various groups and individuals within a hierarchy of difference, where those differences are made to appear as mostly fixed and largely immutable. Racialization is a means of legitimating oppression.

Racial formation theory explains how race as a category changes over time in response to power relationships. Through this process the Irish and other Europeans (Italians, Slavs and others from Eastern and Southern Europe) moved from being some type of Other to fully "white" in America during the 19th and 20th centuries. European Jews have also experienced a journey to whiteness in America. "White" Hispanics and Latinos — as well as some Pacific Islanders — are likely to be the next groups grandfathered into whiteness as a way of maintaining the numerical superiority of White America.

In response to Joe Biden's comments about diversity in the Black and Latino community, Trump and the right wing are predictably attacking him as a "liberal racist." Such claims are part of a much larger strategy in which the Trump regime, the Republican Party and their enforcers will seek to stigmatize Biden by projecting their own white supremacy, authoritarianism, corruption, fascism, criminality and betrayal of democracy onto him and the Democratic Party.

Any claim by Donald Trump and his allies and followers that Biden is the "real racist" is obvious in its intellectual and moral emptiness and its stinking hypocrisy. In the world as it actually exists, Trump, the Republican Party, and the broader white right are doing everything they can under the law — and beyond — to steal away the human and civil rights of nonwhite people in America and around the world.

For the most part, and for many good reasons, Black and brown folks largely support Joe Biden and his 2020 presidential campaign. Of course there are serious concerns about Biden's past transgressions: His poor decisions on some questions of race and social justice have not been forgotten even if they have been somewhat forgiven.

Allowing for those concerns, Black Americans, Hispanics, Latinos and other nonwhite people know that Biden is the last best hope for defeating Donald Trump and the existential threat to multiracial democracy (as well as the literal health and safety of the American people) that he represents.

However, Uncle Joe cannot afford to take that affection and support as permission for being "too familiar" in his discussions of the color line. Like other groups, Black folks' patience does in fact have limits.

In that spirit, here is some friendly advice: