We asked scientists whether Russia's rush-job coronavirus vaccine is safe

The fast-tracked vaccine skipped 2 of the 4 phases of vaccine trials. Putin says they're ready to mass produce 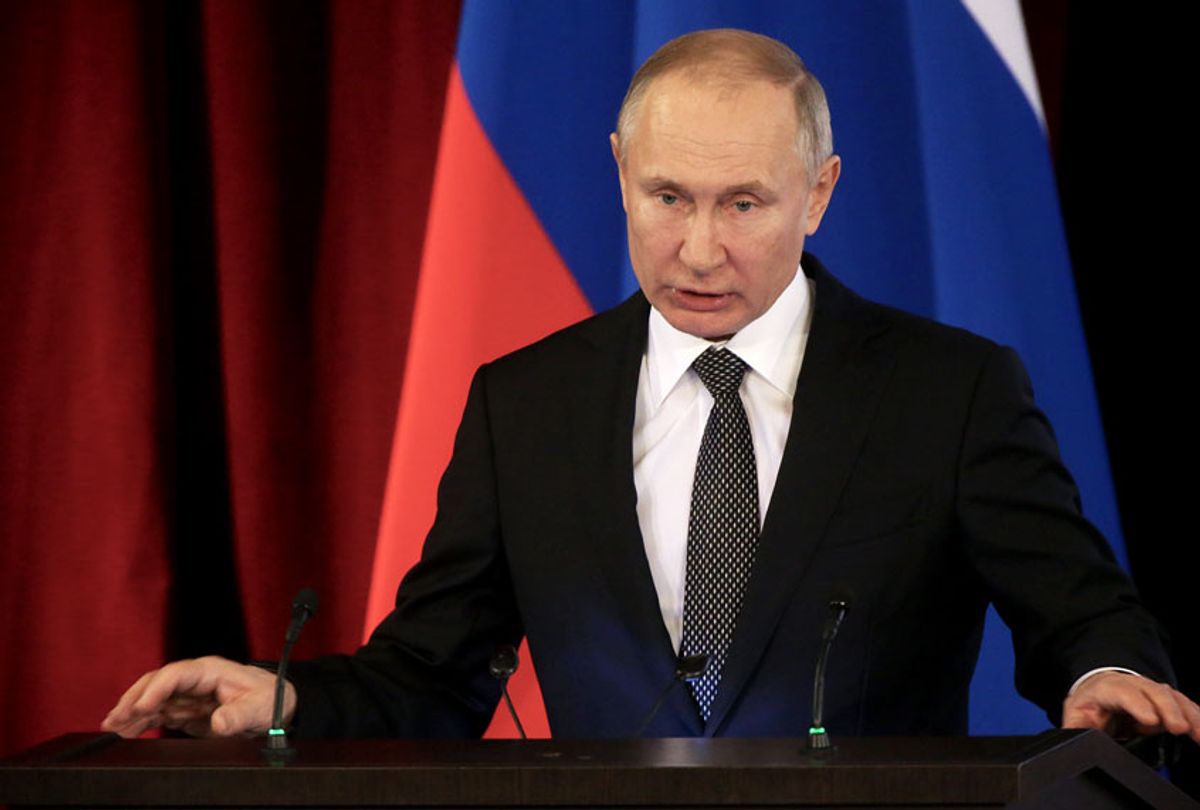 On Tuesday, Russia's president Vladimir Putin announced that his country had approved a coronavirus vaccine, making it the first country in the world to do so.

"I know it has proven efficient and forms a stable immunity," Putin said, adding that his daughter had been inoculated. "We must be grateful to those who made that first step very important for our country and the entire world."

The announcement was met with skepticism internationally, and not merely because the fast-track Russian vaccine announcement appears to be politically motivated. (It has been dubbed "Sputnik V," a nod to the space race.) Rather, scientists are skeptical because this vaccine has only been tested on 76 volunteers, and there is little published data about the vaccine. According to AP News, half of the volunteers were injected with a vaccine in liquid form and the other half received the vaccine through a soluble powder. These trials started on June 17 and finished earlier in August. The results have yet to be published.

Because most vaccine trials take years and involve tens of thousands of volunteers and lengthy studies, scientists have questions about the efficacy and safety of the Russian coronavirus vaccine.

"The news announcement is undoubtedly politically motivated, and there is essentially insufficient information provided to form a really firm conclusion," Joel Ernst, Chief of the Division of Experimental Medicine at the University of California, San Francisco (UCSF), told Salon.

The vaccine was created by the Gamaleya Research Institute of Epidemiology and Microbiology, and the vaccine's scientific name is called Gam-COVID-Vac Lyo. According to the Russian registration certificate, 1.5 million doses of the vaccine can be produced each year. The vaccine is a combination of two adenoviruses that have been engineered with a coronavirus gene. The vaccine is said to grant two years of immunity to the novel coronavirus that causes COVID-19. According to Science magazine, that estimate is based on vaccines Gamaleya has made with similar technology.

In the past few months, the United States, Canadian and British governments have accused Russian state hackers of trying to steal vaccine research, an allegation that Russian officials have denied.

In contrast, in the United States, vaccines must go through four phases of testing before reaching approval. [Read more about what each "phase" entails.] Phase 3 trials are the most important phase in drug development; that phase focuses on efficacy, and involves tests on thousands of people.

Yet the approved Russian vaccine didn't make it to this phase, a fact that concerns many experts here in the United States. Nor has Russia published its Phase 1 and 2 trial data.

"There's no way in the world that they would have any data on whether the vaccine is efficacious at preventing COVID-19," Ernst said. "It would be impossible for them to know that given the information that's been provided so far."

Dean Blumberg, chief of pediatric infectious diseases and associate professor in the Department of Pediatrics at the University of California, Davis, told Salon that a lack of published data means a lack of public awareness of possible side effects. According to Science magazine, a Russian government press release about the vaccine simply said there were no serious effects.

Blumberg said jumping from Phase 2 to a wide release of the vaccine was risky.

"It's a gamble, and so, it's rolling the dice and hoping that it works, that it's safe and that it's effective," Blumberg said. "They might win, but it's also very risky."

Blumberg said that by approving the vaccine and distributing it before completing Phase 3 puts both the safety and effectiveness of the vaccine at risk.

"There might be rare or unusual adverse effects following immunization that will only be picked up with large-scale studies," Blumberg said. "If there's something that occurs one out of every 500 immunizations or one out of every thousand or that occurs in a specific subpopulation, such as older males with mild renal disease, then you're not going to pick that up in the Phase 2 studies."

One reason for widescale vaccine testing is to avoid immune reactions in some of the population. As Blumberg explained, a nightmare scenario is that patients who are vaccinated with a shoddy vaccine later contract coronavirus anyway and have a much more severe case than if they hadn't been vaccinated.

In children, the most severe COVID-19 cases have been manifestations of pediatric multisystem inflammatory syndrome (MIS-C) which appears to be an inflammatory response. Such a condition could be the end result of vaccinating children with a little-tested coronavirus vaccine. As of August 6, the Centers for Disease Control and Prevention (CDC) has received reports of 570 confirmed cases of MIS-C and 10 deaths.

"When you're designing a vaccine . . . you can design it to go in a variety of ways in terms of the immune response," Blumberg said. In some cases, Bluberg said, "it's possible that if you give the vaccine before somebody is infected, they might have more of an inflammatory response. Then, it might not prevent infection, but [would] cause more of an inflammatory response."

This could, Blumberg explained, lead to worse clinical outcomes in adults and might increase the risk of MIS-C in children.

Ernst, who is also an immunologist at UCSF, said distributing a vaccine that has yet to go through the proper testing trials is at risk of backfiring and putting everyone at a greater risk of getting infected.

"If you tell a whole bunch of people they've been vaccinated and then they don't worry about themselves otherwise, and the vaccine actually didn't lead to productive immunity, then you've got a colossal mess on your hands because you've misled people into thinking that they were protected, and then they're going to get sick and they're going to transmit the infection to other people," Ernst said.

Finally, Ernst said, he fears that this "reckless" approach in Russia could heighten fears in the United States and decrease the likelihood of people getting the vaccine. A recent poll found that only two-thirds of Americans would get a coronavirus vaccine.

"It just may heighten the problem of vaccine reluctance here in the United States," Ernst said. "If something goes wrong, or if there's just a suspicion raised by the nature of things done in another country and some people extrapolate that as the way things are done here, then there's an additional cause for concern."

According to the vaccine tracker at The New York Times, there are more than 165 vaccines being developed around the world; 31 vaccines are in human trials. Leading infectious disease expert Dr. Anthony Fauci has been cautious about Russia's vaccine. He said that "claims of having a vaccine, ready to distribute before you do testing [is] problematic, at best."