Here's everything we know about pediatric multisystem inflammatory syndrome 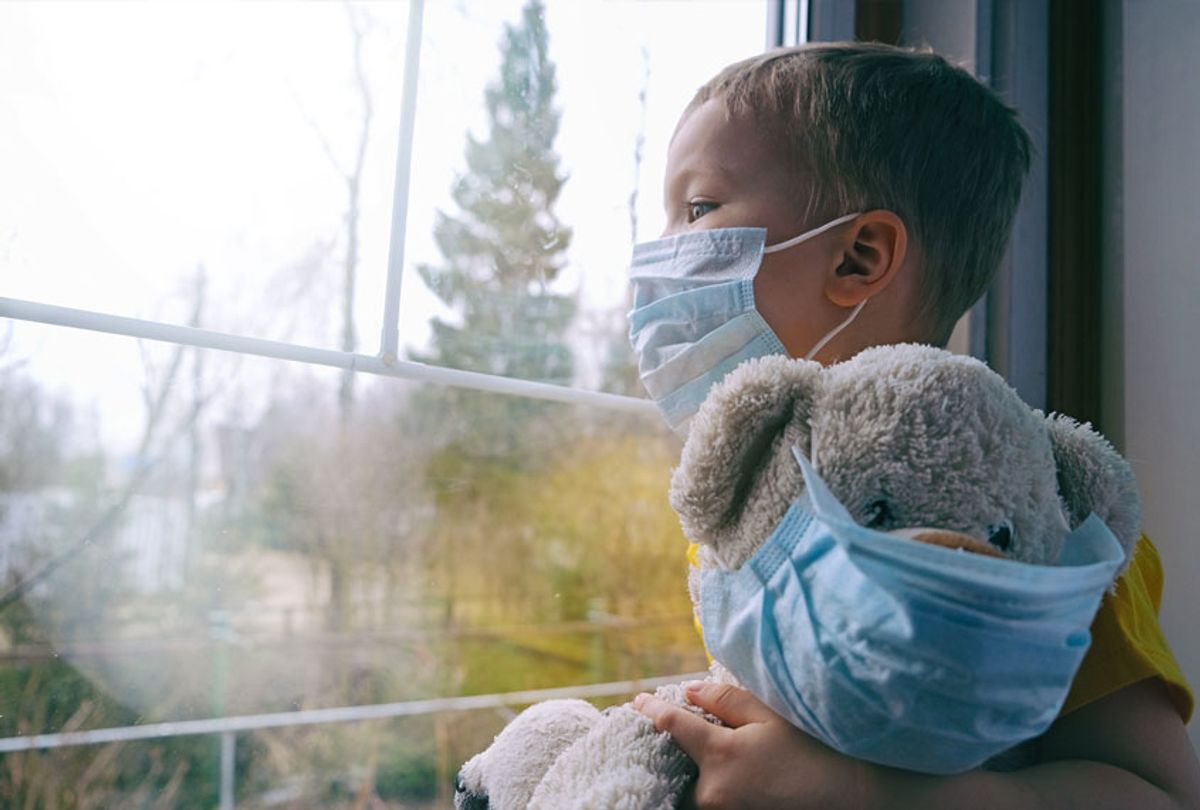 New York governor Andrew Cuomo said on Saturday that there has been an alarming rise in a mysterious illness that doctors are referring to as "pediatric multisystem inflammatory syndrome." The syndrome was first publicly identified last week, but as of Monday New York state health officials said there could be as many as 93 children with the new syndrome that has already caused three deaths in New York. Two more deaths are under investigation.

The first death was of a 5-year-old boy on Thursday.

"As it turns out, these children happened to have the COVID antibodies, or be positive for COVID, but those were not the symptoms they showed when they came into the hospital system," Gov. Cuomo said Saturday. "It is very possible that this has been going on for several weeks and it hasn't been diagnosed as related to" COVID-19, Cuomo continued.

Cuomo described the situation as "truly disturbing," reiterating that there are clearly still many unknowns regarding the coronavirus that causes the COVID-19 disease. Cuomo said pediatric multisystem inflammatory syndrome includes such symptoms such as prolonged fever, severe abdominal pain, change in skin color, racing heart and chest pain. The symptoms appear similar to Kawasaki disease or toxic shock syndrome.

The New York State Department of Health is working with the Centers for Disease Control to develop national criteria for the country to identify, track and respond to children showing signs of the syndrome.

Here is what we know so far about pediatric multisystem inflammatory syndrome.

What are the symptoms?

The symptoms of pediatric multisystem inflammatory syndrome vary, but as mentioned above, officials say that any child with a prolonged fever, severe abdominal pain, change in skin color, racing heart and chest pain should see a doctor. Oddly, the symptoms do not usually include two common hallmarks of COVID-19: cough and shortness of breath.

According to a May 4th memo from the New York City Department of Health, "clinical features vary." The memo states that they could vary depending on the organ system that's affected. According to the memo, the health department identified 15 patients aged between two and 15 years old who had been hospitalized between April 17 and May 1, 2020, with illnesses compatible with pediatric multisystem inflammatory syndrome. "All patients had subjective or measured fever and more than half reported rash, abdominal pain, vomiting, or diarrhea. Respiratory symptoms were reported in less than half of these patients," the memo states. Four of these children tested positive for COVID-19; six had antibodies.

Is it just appearing in New York?

No. In Seattle, according to the CNN affiliate KIRO, a healthy 15-year-old developed shock symptoms that sent him to the intensive care unit. There have been cases reported in California. Most recently, three children have been hospitalized in Los Angeles. According to an ABC affiliate, there are cases in West Michigan, too. Internationally, a small number of children in the United Kingdom have become ill, and there have been cases in Italy and Spain as well.

Is this linked to COVID-19?

We don't know yet. There seems to be a link, because children showing symptoms are testing positive for COVID-19 or have the antibodies, but it is unclear if and how the new syndrome is connected to the disease caused by the coronavirus. "I don't think anyone knows for sure if there is a clear cut link to the virus, but there is a suspicion of it," Dr. Roshni Mathew, pediatric infectious disease specialist at Packard, told the San Francisco Chronicle.

Mathew said that in the case of a six-month-old patient in California, who tested positive for the coronavirus in March (before doctors were on alert for the new syndrome), it could be that the coronavirus triggers Kawasaki disease as an immune response. Mathew is part of a team of doctors who penned a case study on the infant that is set to be published in June.

"The body has already seen the infection but then the immune response goes into overdrive," she said. This is all speculation though.

The six-month-old patient had a body rash, swollen hands and feet, which are all common symptoms of Kawasaki disease, which she was receiving treatment for in March. Interestingly, rashes seem to be present in older COVID-19 patients, too. There have been reports of Covid Toe, which is a rash that appears as red or purple lesions on the side or sole of the foot.

Why would children have different symptoms than adults?

According to the New York Times, Dr. Steven Kernie, chief of pediatric critical care medicine at Columbia University said this syndrome could develop in children, and not adults, because their immune systems aren't fully developed yet. However, doctors are looking to see if a genetic disposition could be a factor, too.